HENRY DEEDES: So much for national unity…

Well, bang goes any chance of that government of national unity. After two weeks cautiously circling each other, the Prime Minister and Sir Keir Starmer finally flung off the gloves yesterday.

Some might say that trouble had been a-brewin’ for a while. The gracious exchanges between the pair, their overtly chummy pledges to work constructively together: sooner or later, it was bound to kick off.

Sure enough, what began as an innocuous exchange in the Commons swiftly escalated into a terse Mexican standoff outside. By close of play last night, it had descended into a full-blown shoot-em-up.

The seeds to the row were sown shortly after midday at PMQs. Sir Keir, having dispensed with the usual niceties, rose.

After two weeks cautiously circling each other, the Prime Minister and Sir Keir Starmer finally flung off the gloves yesterday

Why was it, he asked, that until March 12 the Government’s advice had been that it was ‘very unlikely’ that people in care homes could be affected by coronavirus?

He went on: ‘Does the Prime Minister accept that the Government was too slow to protect people in care homes?’

Boris, suit crumpled, tie skew-whiff, went into full-denial mode. ‘No, and it wasn’t true that the advice said that,’ he said.

‘Actually, we brought the lockdown in care homes ahead of the general lockdown. And what we’ve seen is a concerted action plan to tackle what has unquestionably been an appalling epidemic in care homes.’

Sir Keir sighed, pulled that quizzical face unique to lawyers and said: ‘I’m surprised the Prime Minister queries the advice of his own government up to March 12.’ This was delivered in a mild tone but intended to belittle. And that seemed to be that.

But not long after PMQs had wrapped up at 12.30pm, a Downing Street spokesman was accusing Sir Keir of misquoting the Government’s guidance.

By tea-time, furious letters were being exchanged. Starmer demanded Boris return to the Chamber and ‘correct the record’.

The PM wanted a retraction. Dear me, it was getting nastier than JR versus Sue Ellen. All I can say is: Can’t wait for round two.

What might have irked Boris in particular was that it had been yet another good session for Starmer.

The Leader of the Opposition doesn’t do angry at the despatch box. He doesn’t shout, remonstrate or jab his finger crossly. Instead, he plays the shame game. And, for now at least, it is serving him rather well. 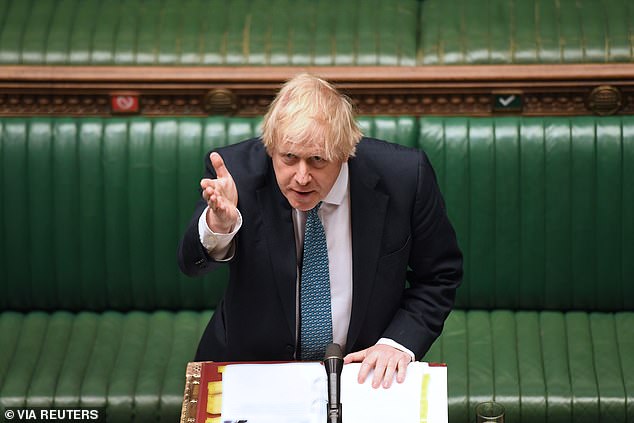 Starmer, buoyed by a decent showing the week before, had set about dismantling his opponent’s homework, prodding and probing, his queries peppered with smart-alec legalese.

Boris, usually such a jack-in-the-box of energy and panache, sat slumped in the dock absorbing the criticism. For the time being, the PM is holding his punches in these exchanges. Or at least his supporters must hope he is.

He’s a fastidious fellow, Sir Keir. I’ve noticed he has a funny preparation routine before kick-off which involves getting all his notes lined up. He reminds me of tennis players you see at Wimbledon fiddling with their racket grips and mixing their funny-coloured energy drinks.

Yesterday, he took extra care to sip from a bottle that had not yet been opened. Whether he was worried about catching coronavirus or being spiked by one of Jeremy Corbyn’s disciples, I wasn’t sure.

There were more bumps in the road for the PM when Starmer brought up recent claims from a cardiologist that people were being discharged from hospital back to care homes without being tested.

The report had appeared, of all places, in the pages of Johnson’s former employer, the Daily Telegraph. 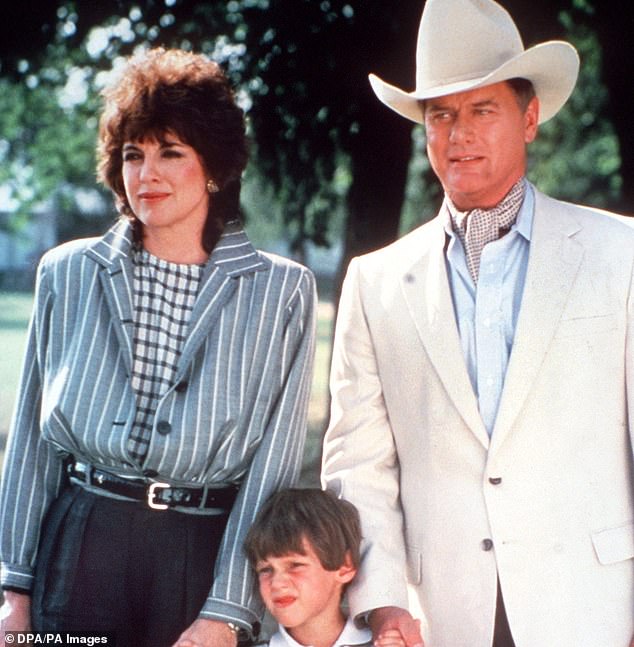 Dear me, it was getting nastier than JR versus Sue Ellen. All I can say is: Can’t wait for round two. Pictured: Actor Larry Hagman (right) as J. R. Ewing and actress Linda Gray (left) as his wife Sue Ellen in the TV series Dallas

To Boris’s right sat Matt Hancock, the Health Secretary, frantically trying to whisper some answer through a cupped hand. I’ve seen subtler off-stage prompting at a primary school nativity play. Unfortunately, in this near-empty Commons, every sniff or cough can be heard.

‘I have the utmost, greatest respect for, uh, uh, all our medical professionals,’ Boris spluttered, before insisting that testing for care homes was being ramped up.

The most uncomfortable moment came when Starmer observed that after seven weeks of publishing international comparisons at the Downing Street press conferences, the Government yesterday had stopped producing them. ‘Why?’ he asked.

Johnson said he was ‘advised’ that international comparisons are ‘premature’. Definitely not because the UK now has the worst death toll in Europe.

It was an uncomfortable 15 minutes for the PM. He needs to pull something out of the bag for next week. At the moment, he’s in danger of looking rattled.