As schoolboys from the good old days of corporal punishment will attest, the best course of action upon being summoned to the headmaster’s study for six of the best was to shove the nearest textbook down the back of your grey flannels.

With a bit of skilful manipulation, a well-placed Latin primer would be more than ample protection from even the lustiest swish of the cane (or, as it was at my school, an oversized ping-pong bat).

However, if Gavin Williamson had hoped to escape any such sharp stings over the exams fiasco yesterday, he would probably have needed to squeeze, somehow, all four books of War and Peace down his pantaloons.

Gavin Williamson came under increased pressure today over his botched handling of A-level results, as calls for him to quit intensified

His brutal morning tour of the broadcast studios, a very public thrashing which lasted just over an hour, was a study in political ineptitude. A masterclass in ministerial feebleness.

Watching him trot out prepared gobbledegook to even basic questions, he reminded me of the impenetrable blancmange from our school canteen. 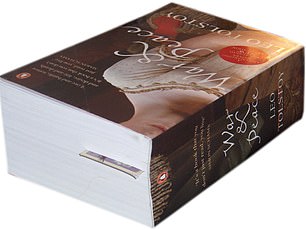 Whichever way you attacked it, the pink blob would wobble gormlessly. What a nitwit the Education Secretary is. What a bungling, bird-brained, knock-kneed no-hoper.

First port of call was Kay Burley’s breakfast show on Sky News. Viewers will know Kay gobbles down ministers as though they’re her morning bowl of Crunchy Nut Corn Flakes. What a surprise, then, that she was away. I would have assumed that she would have swum the Channel to sink her teeth into the hapless Gav.

Instead we got stand-in presenter Niall Paterson. He kicked off by asking why the Cabinet minister had ignored warnings from the education select committee weeks ago that his dreaded algorithm might produce unfair results for students.

Williamson garbled something about only becoming aware of the algorithm’s failures last weekend. Niall’s eyebrows practically broke out into star jumps. ‘Your ignorance is not a defence!’ he yelled. 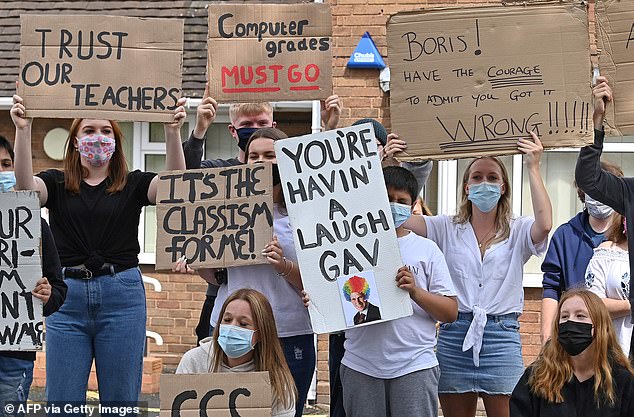 Gavin kept sneaking in references to how the devolved governments in both Wales and Northern Ireland had performed the same U-turn (translation: it wasn’t just me who messed up.)

Meanwhile, an endless flow of meaningless babble spewed from his rubbery lips like a novelty water feature. At one point, I seriously wondered if he was being controlled via a joystick back in Downing Street.

By 7.30am, Gav’s already well-birched derriere was plonked inside the BBC’s Westminster studio. Breakfast presenter Louise Minchin wanted to know why his U-turn had taken so long.

‘Well, as someone who went to a comprehensive…’ Williamson rambled, apropos absolutely nothing. Minchin peered over a pair of fashionable spectacles, part Miss Jean Brodie, part terrifying librarian. Would he be resigning? ‘At every stage…’ warbled Gav. Minchin tried again but by now her interviewee himself had started to sound like a faulty algorithm stuck on a loop.

‘The fact we needed to…’ he continued, his head lifelessly askew. Minchin gave him a squint. ‘You haven’t answered my question,’ she complained, her voice strained with rattiness as she urged him to clarify whether he would quit or not.

The algorithm blurted on undeterred: ‘What we are doing is focusing on…’ Louise’s eyes throbbed as much in anger as despair. A lioness denied her kill. 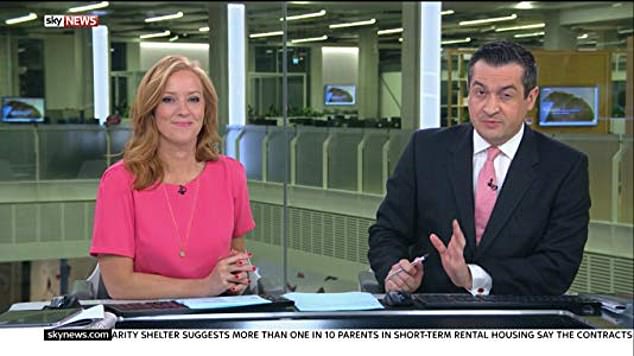 No doubt Williamson’s aide tried to switch him on and off again as he made it over to the Today programme in time for the 8.10am slot. But the glitches actually became worse. He appeared now to be speaking fluent Martian. As Martha Kearney gave him the errant schoolboy treatment, Gavin slyly began shifting the blame to Ofqual. ‘We were confident with the assurance we had got that actually we had a robustness within the system,’ he said. What a snake!

Kearney asked if he still had confidence in Ofqual chief Sally Collier. Williamson said she had ‘worked hard in her position.’

Hmm. With an endorsement like that, I’m not sure Miss Collier’s assistant need bother with any diary juggling beyond the next few weeks.

Of his own future, Gavin was no more forthcoming. Some say Boris is scared to sack him as he worries about the damage a loose-tongued Williamson could wreak on the backbenches. Or as former US president Lyndon Johnson said guilelessly of FBI director J. Edgar Hoover, ‘better to have him inside the tent p****** out, than outside p****** in.’

All well and good, but if there are more car-crash mornings like this for the Government, there may not be much of a tent left standing.