Dust off your gloves and goggles – the ski season is under way once more.

Neil English reveals the best deals to ensure you make the most of every minute on – and off – the slopes.

The ski season is under way once more. We reveal the best deals to ensure you make the most of every minute on – and off – the slopes

Before your holiday, visit netski.com. Within a few clicks, equipment suited to your size and skill level can be ordered and pre-paid from about 100 shops in Alpine resorts which have so far signed up to the app. You simply pick up your order when you arrive at your destination.

Another innovation to speed things up before hitting the slopes is Skiset’s unique 3D foot scan which matches your feet profile to specific boots in stock at Skiset’s vast array of shops.

There’s nothing more annoying than waiting to pick up a hire car or sitting aboard coaches dropping off other guests at their hotels when you’re dying to get on the slopes.

The answer is ski-lifts.com, which offers low-cost, private and shared transfers to 200 ski resorts in 14 countries across Europe and North America. It has won the World’s Best Transfer Operator award for the past three years. 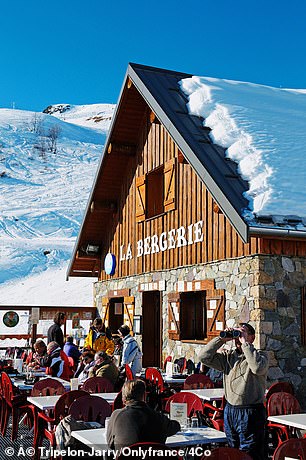 One of the popular mountain restaurants in Les Sybelles

Alternatively, if you are travelling solo, you can go from Geneva airport to Morzine and opt to share a transfer, with guaranteed drop-off and pick up from your holiday property, for a return fare of £64.90pp.

PICK OF THE DEALS

The Swiss canton of Valais is blessed with some of the world’s finest ski resorts.

At visitvalais.ch/skisafari, you can choose five nights’ B&B in a two-, three- or four-star hotel from £920pp, including a special ski safari lift pass allowing access to four separate resorts, 4×4 hire car from Geneva or Zurich airports, and free parking at your hotel.

Or why not stay at a new five-star Meribel property, in the heart of the vast Trois Vallees ski area in France, for less than £50 a night?

A two-night stay in a one-bedroom luxury flat, sleeping four, at the Pierre & Vacances L’Hevana complex costs £386.88 (£48.36pp a night) between December 13 and 15. The resort includes an indoor pool, restaurant and bar.

Even cheaper, Balkan Holidays offers full-week ski packages from £299pp in Bulgaria, Slovenia or Romania. For example, seven nights at Hotel Victoria in Borovets, Bulgaria – with hot-tub and sauna – costs from £299pp based on two sharing, including flights from Gatwick and transfers departing January 4, 2020.

RISE OF THE SHORT BREAK

Crystal Ski (crystalski.co.uk) has three- and four-night packages to French and Austrian resorts all within a two-hour transfer from the destination airport.

Options include breaks departing on Sundays, Wednesdays and Thursdays with a choice of morning or evening flights to maximise flexibility, and a Crystal rep on hand at your destination.

Four nights’ half-board at the four-star Hotel Panther in Saalbach in Austria costs from £636pp, based on two sharing, with return flights from London to Salzburg departing January 12, 2020. Transfers are included. 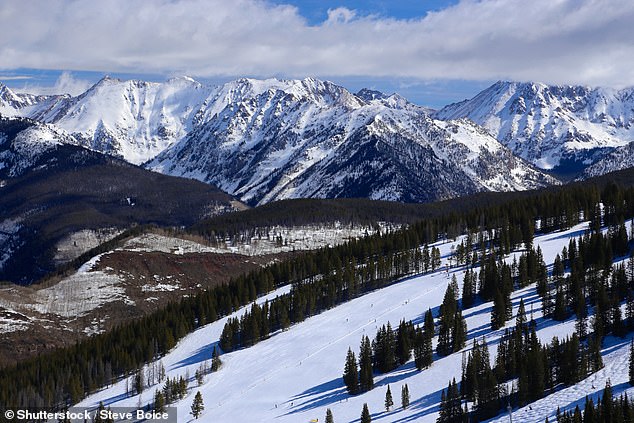 One-day lift passes can be very expensive – £62 in the Canadian resort of Whistler, £73 in Crans-Montana, Switzerland, and a whopping £129 in Jackson Hole, Wyoming. So it can make a lot of sense to invest in a season-long pass if you plan to be away for a while, or hope to make two or three trips over the course of the season.

The Epic Pass (epicpass.com) gives unrestricted access all winter to 37 North American ski stations including Vail, Whistler, Breckenridge and Park City. It also gives limited access to 20 more resorts outside the US, including Hakuba in Japan, Trois Vallees, the Dolomites and Verbier in Europe. It costs £768 for adults, and £400 for children aged five to 12.

The Magic Pass (magicpass.ch) gives unrestricted access all winter to 30 Swiss resorts, including little-known gems and international favourites such as Crans-Montana, Saas-Fee, Val d’Anniviers, Villars-Gryon and Diablerets. It costs £448 per adult and £244 for children aged six to 15.

Outside of the ski season, the pass can also be used for summer walks or bus services for mountain bikers in some resorts.

The Ikon Pass (ikonpass.com) offers seven days’ access at 41 resorts across five continents, including Zermatt in Switzerland, Jackson Hole, Aspen and Snowbird in the United States, Banff in Canada and Niseko in Japan. It costs £798 for adults over 23, £593 for those aged 13-22, and £300 for children aged five to 12. 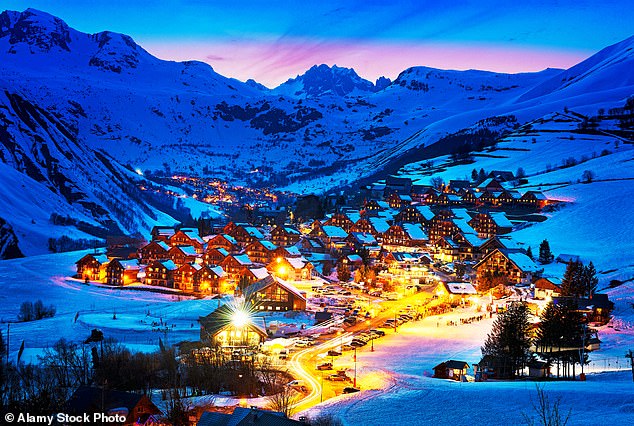 The artificial snow-making machinery and the lift systems serving 193 miles of pistes at Les Sybelles in the French Maurienne region, pictured, are now powered entirely by renewable sources

Ski resorts and holiday companies have joined the global fight for environmental change, with many companies aiming to reduce their carbon footprint. Here are some of the best examples.

Rail incentives: Mountain Heaven (mountainheaven.co.uk) offers 10 per cent off all catered chalets at its seven resorts (six French, one Swiss) when clients arrive by train rather than aeroplane.

Renewable energy: The artificial snow-making machinery and the lift systems serving 193 miles of pistes at Les Sybelles in the French Maurienne region are now powered entirely by renewable sources such as hydroelectric, solar and wind energy. Other French ski areas, reachable by train and powered by clean energy, include the Paradiski resorts in Les Arcs and La Plagne, and the Grand Massif area including Flaine and Les Carroz.

Campaigns: As movements such as skiflightfree.org and protectourwinters.org gain momentum, so has the appetite for green ski travel beyond France. British skiers and snowboarders can use the Alpen Express overnight service which, when combined with Eurostar from London to Amsterdam, opens rail access to 90 Austrian resorts including Ischgl, St Anton, Kitzbuhel, Mayrhofen and Soelden. Get timetables at snowcarbon.co.uk.

Even strong skiers develop bad habits and lose confidence from time to time.

So whether you’re an intermediate wanting to step up, or a highly experienced skier looking to attack on and off-piste steep slopes, a few hours or even a whole week with specialists might help.

Masterclass (masterclass-ski.co.uk) is a small band of professionals at Alpe d’Huez in the French Isere region who hold the highest international coaching qualifications and, equally as important, have decades of teaching experience. They also get priority at lift lines with clients.

Their simple approach to correcting technique motivates clients to understand how gravity and ski design can combine to enhance enjoyment on the mountain. Two-hour private lessons (with a maximum of two people) cost £123.

Snow Wise (snow-wise.com) offers four nights’ half-board, Thursday to Monday, anytime in January 2020, at five-star Daria-I Nor in Alpe d’Huez. It costs from £1,095pp based on two sharing, including easyJet flights from Gatwick to Grenoble and car hire.