Hero Birmingham teen made sure his twin didn’t die alone

A hero schoolboy made a desperate dash to get his mother so she could hold his dying twin after he was hit by a bus.

Luke Chandler, aged 13, raced to find his parent to make sure his twin Christian was able to see his mother in his final moments.

The tragedy occurred on Monday as the pair of brothers rode their bikes to school.

Pictured: Luke, left, rushed to help his twin Christian, right, who was fatally hit by a bus

Their devastated uncle Samuel Brooks has paid tribute to Luke’s bravery and is fundraising for a funeral for Christian.

He said: ‘On Monday my 13 year old Nephew, Christian, was run over by a bus on his way to school.

‘His twin brother, Luke, watched this happen. He held Christian’s hand and tried to stop the bleeding while he was trapped.

‘He raced home to fetch his mom and had a blood transfusion at the side of the road while waiting for the air ambulance. He suffered extensive injuries but was still conscious at this time and held his Mom’s hand.’

Tragically he described how Christian was flown to Birmingham Children’s Hospital but died due to his injuries in the helicopter.

He said: ‘His heart couldn’t cope with the blood loss.’

Young Christian has left behind twin Luke and three other siblings. 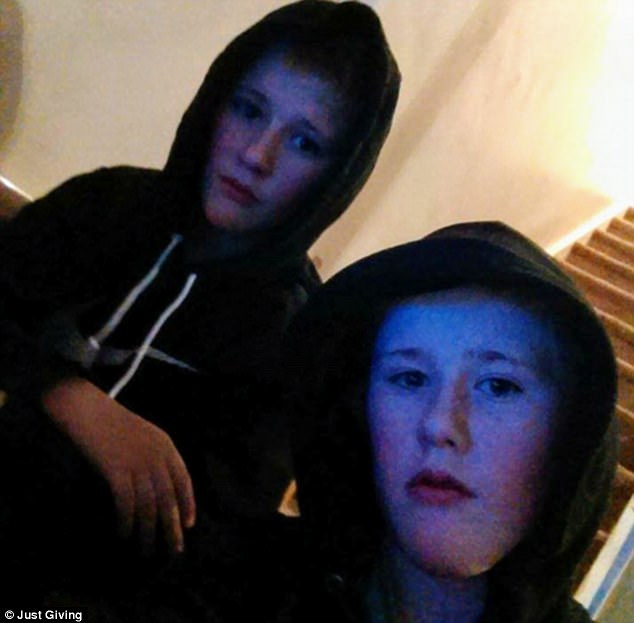 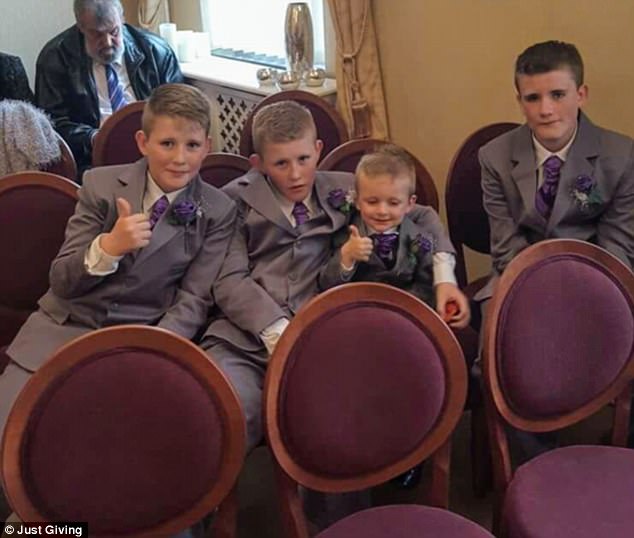 Their devastated uncle Samuel Brooks has paid tribute to Luke’s bravery and is fundraising for a funeral for Christian (far left, with twin Luke and brothers Oliver and Joshua)

Mr Brooks said: ‘Due to the sudden nature and the fact we don’t have much money between us, I’m asking for help so we can arrange a funeral that he deserves.

‘Please donate anything that you can, we are eternally grateful for the help.’

Speaking to MailOnline, Mr Brooks said: ‘I just want to say how brave Luke was, he really was a hero. Without him, Christian wouldn’t have seen his mum before he died. He had that piece of mind to run back home to get her while he was trapped under a bus.’

‘They were really close, they did everything together and went everywhere together. They had an unshakeable bond, I don’t think anyone will understand unless they were a twin. Their bond was beautiful, they used to get upset if they were ever separated for a night.

He said: ‘Luke has been so brave and has been taking it day by day but he is absolutely broken by it. He said he wished he jumped in front of the bus so they could have died together. We are arranging counselling. His actions were heroic.

‘He’s 13 and he had the presence of mind to go back to get his mum, so Christian didn’t die without seeing her.’

He added: ‘Christian couldn’t move or talk but when he saw his mum, he raised his arm for her.

‘What Luke did was very heroic, he was there until the very end and he did the best he could.’

The bus had been travelling from Wellington along Haybridge Road in Hadley on Monday morning.

Police have appealed for witnessed to come forward, asked to call police on 101, quoting incident 99s of 16 October.