The hero bus driver who saved the life of a woman shoved into his path by a jogger says the ‘Putney pusher’ must be prosecuted as he reveals the victim has not yet been in touch to thank him.

Oliver Salbris, 45, swerved his number 430 bus to avoid the commuter, 33, when she was pushed into the road by the runner on Putney Bridge in south west London.

Today he urged the Metropolitan Police, who have so far questioned and released two people in their ongoing inquiries, to catch the jogger – who Mr Salbris believed acted ‘on purpose’. 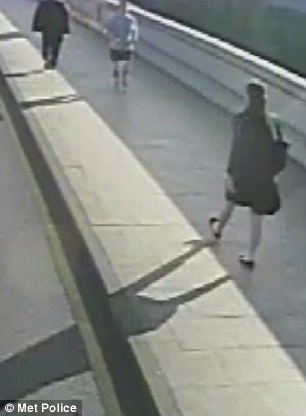 Mr Salbris was hailed a hero for his response to the near-miss, which was captured on shocking CCTV footage and released by the Met as part of their inquiries.

He told the Sunday Times: ‘I thought I was going to touch her. If I hadn’t swerved, I would have smashed her head. It was reflex.’

The double decker driver pulled over to help the victim, who escaped with minor injuries, and ask if she needed his help.

He said: ‘She was just in shock. She was crying. I offered her my help. I gave her a note with the bus number, my route and my name and garage and my phone number.’

Mr Salbris is now urging police to find the man. 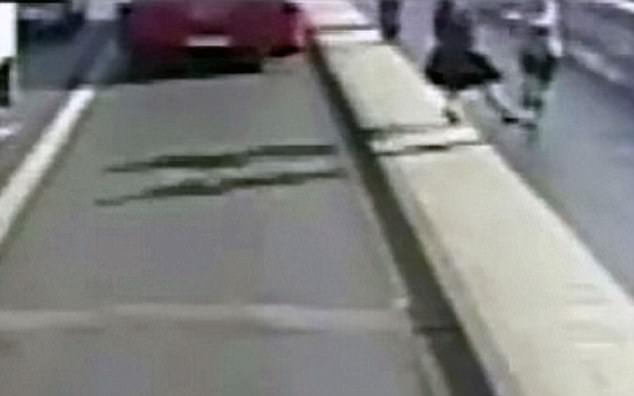 Mr Salbris added that the woman has not yet thanked him for saving her life. He said: ‘I would say thanks to God.’

Mr Salbris pulled over after the fall in the morning rush hour on May 5 and passengers tended to the woman – who does not wish to be named.

Bus operators Go Ahead London told 5 News: ‘The driver commented that he is pleased to have been a hero, he was just doing his job.’ 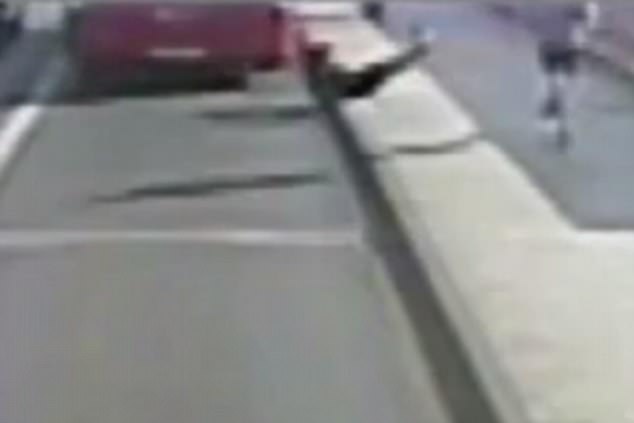 Mr Bellquist, who lives in Chelsea, west London, was released when he proved he was in the US at the time.

The Metropolitan police have not excluded the possibility that the jogger and his victim knew each other.

Officers said that the as yet unidentified jogger ran the other way across the bridge around 15 minutes after pushing his victim.

But when the woman attempted to speak to him ‘he did not acknowledge her’.

Speaking in August, sergeant Mat Knowles said: ‘After he pushed her he ran across the bridge and 15 minutes later came back.

‘By this time the members of the public who had helped the woman were gone and she tried to talk to him as he ran past her but he just ignored her.’

A senior source from the bus company Go Ahead London said it was only down to the slow speed of the vehicle that the accident did not result in serious injury.

A spokesman told MailOnline today: ‘Detectives continue to appeal for witnesses and information.’