A diver has described how he was forced to take on a great white shark with a speargun after being attacked off Australia’s west coast.

Jake Brune, 27, was spearfishing with friends at the Canal Rocks Boat Ramp, south of Perth, in February when the extraordinary encounter took place.

Mr Brune, along with friends Aidan Price, Rhett Wheeler and Daniel Prichard, took their boat a kilometre off the coast to find the perfect spearfishing spot.

While their spot was teeming with fish, the men didn’t realise the Department of Fisheries had warned days earlier that a 12-metre humpback whale carcass was in the area – potentially attracting sharks.

When Mr Brune and Mr Price were about 70 metres away from the boat, they suddenly felt a ‘rush of water’ underneath them, The West Australian reported.

Suddenly Mr Brune’s legs were hit so hard they smashed into his chest.

‘I knew straight away it was a shark, I just knew it. But I didn’t know what part of the shark hit me. Was its mouth open and its teeth put off by the big plastic fins? In that immediate moment, I couldn’t work it out,’ he said.

In a state of panic, Mr Brune put his face back in the water to gauge where the shark was only to come face to face with the apex predator.

He thrust his speargun out in the direction of the great white after his survival instinct kicked in, forcing the beast to turn and swim away.

They started swimming back to the boat – which was still about 50 metres away – but after a minute or so the shark returned to attack again.

As he looked down again Mr Brune saw the great white shark powering out of the murky depth and back into view, right toward him. 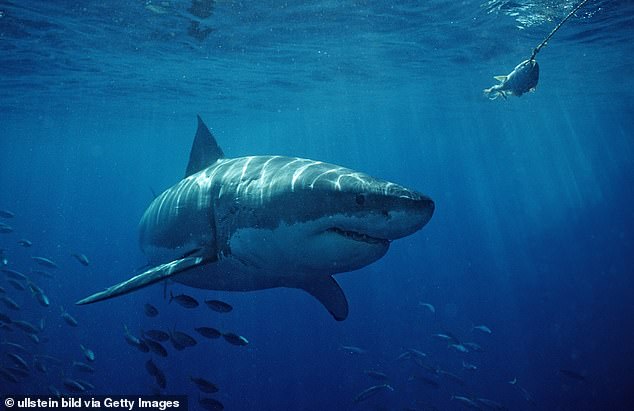 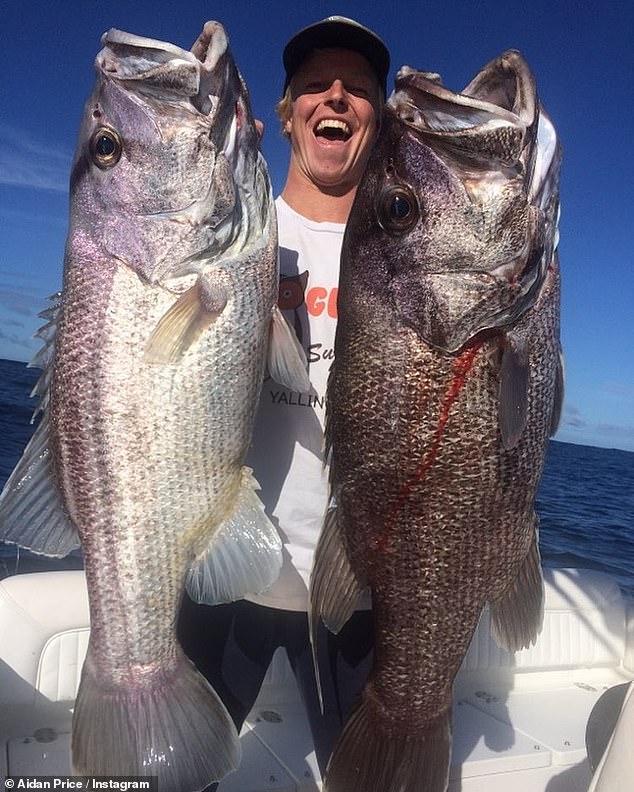 ‘I was looking right down its mouth, right at its big, bloody, vicious gums with its white, jaggered, triangle teeth. And it didn’t change its line. It just came straight at me and I thought “this is it”,’ he said.

He began to scream for help from his friends in the boat, hoping that even if he were bitten they would already be on their way to him.

In that terrifying instant Mr Brune pushed his head back under the water, lined up the shark, closed his eyes, and thrust his speargun again in desperation.

‘As I smashed my gun forward I felt a rush of water and opened my eyes and saw the shark dash downward at the last instant. I couldn’t believe it. I’d survived,’ he said.

It wasn’t the end of his ordeal though as the shark returned and went straight for him again.

He again thrust his speargun outwards and the shark darted away once more.

Compounding the terror of the situation, Mr Brune said he saw the shark circle him in a counterclockwise direction, as if it had cottoned onto his strategy.

The next time the shark came at him Mr Brune said it came from behind and to the left.

The shark got so close to him its fin was out of the water and right in front of his face.

Moments later, the diver was back on board the boat and safe.

Eight months on, Mr Brune said he was still having nightmares about the shark – and wouldn’t say whether he would go spearfishing again. 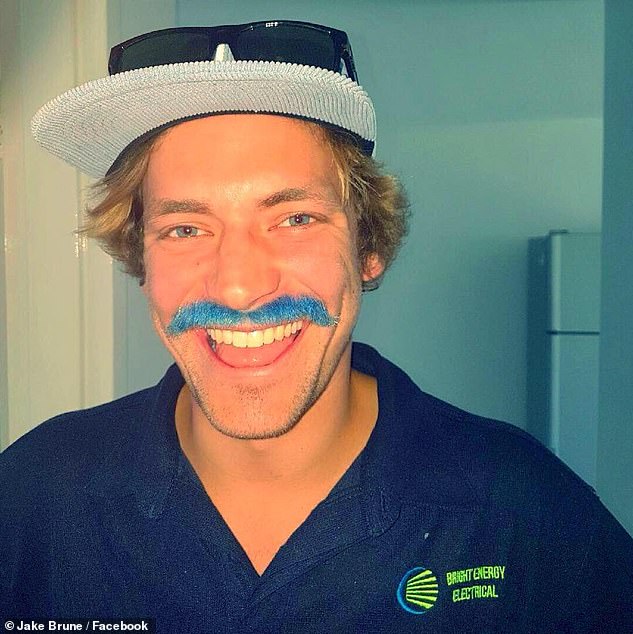 For over 90 seconds, which felt like a lifetime to Mr Brune (pictured), he used his speargun in an attempt to keep the shark at a distance until his friends were able to haul him into the boat