Heroic girl, 5, who saved her mum’s life by dragging her through their home as it filled with deadly gas adorably shows off her muscles as she receives bravery award

A hero five-year-old has saved her mum’s life by dragging her from their home after it began to fill with deadly gas.

Kindergartener Lily Taione was given a special award by firefighters for her bravery at her Frenchs Forest home in northern Sydney on Saturday.

The young girl was suffering from carbon monoxide poisoning when she pulled her mother Sacha Whitehead out of the house and down the driveway.

She ran to her neighbours for help, who called an ambulance.

Ms Whitehead was diagnosed with carbon monoxide poisoning with a 21 per cent blood level after the pair were taken to hospital.

Ms Whitehead spent three days in hospital and was lucky to survive, according to doctors.

‘I am so grateful for her (Lily).. but so proud of her.. so ridiculously proud,’ Scsha told 9News.

‘I thought maybe I was just tired, but then Lily jumped up and said she was feeling funny.. and her legs collapsed underneath her.’

An old gas heater leaked the deadly gas into the house, which had all windows and doors shut to keep the heat in.

The mother and daughter went to the front of the house for fresh air when they began feeling light headed.

Ms Whitehead collapsed when she went back inside to turn the heater off.

Young Lily sprung into action and pulled her unconscious mother down the driveway and stayed by her side until help arrived. 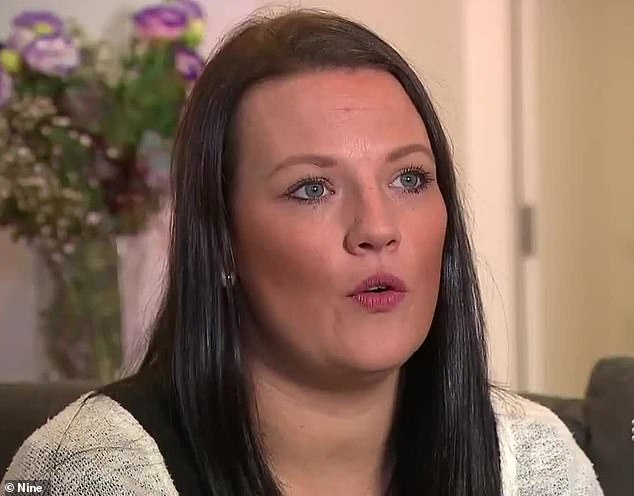 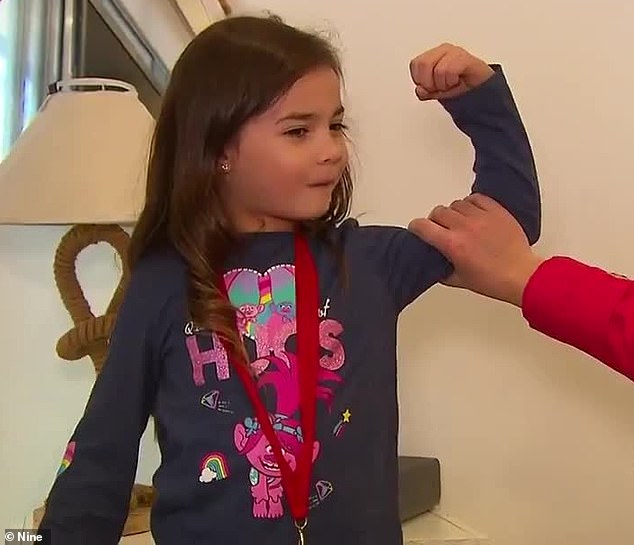 Firefighters monitored gas levels to make sure their home was safe before the pair moved back in.

Lily’s award comes after an elderly couple died in their home from a gas leak on at 9.50am on Saturday.

Emergency services were called to the property on Dora Street in Hurstville in Sydney’s south but were unable to save the couple.

NSW Fire and Rescue have warned that old or cheap heaters can lead to deadly carbon monoxide leaks. 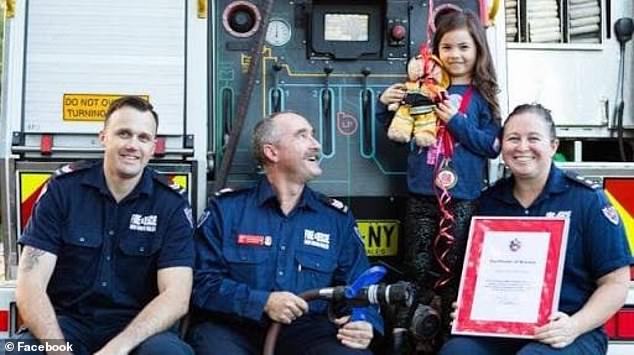