A homeless man tackled an axe-wielding jewellery thief before handing back the loot worth £10,000.

Anthony Porter witnessed two men ride up to Cash Generator, Grimsby on a scrambler bike before the bust the window through with the axe.

The 34-year-old, who has been homeless for 15 years, helped pin down one of the yobs before handing back the expensive golden items to the pawn store owner.

He told the Sun Online: ‘We’ve known him for years, we charge his phone for him and when it’s cold we buy him hot drinks.

‘It doesn’t surprise me what he did at all. 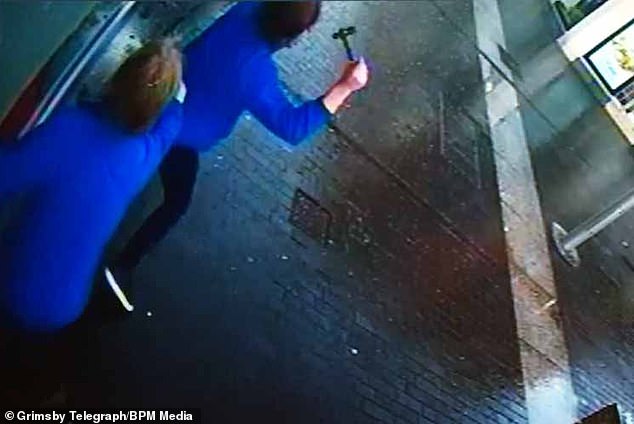 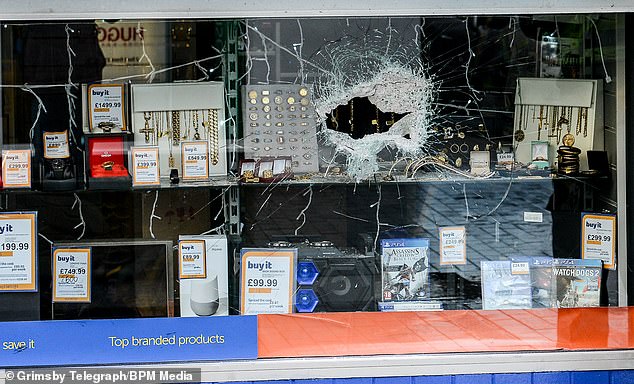 The Cash Generator store on Victoria Street in Grimsby, which was the target of the robbery

‘When he saw Jack and Alfie run after the man with the axe, he was coming to help them.

CCTV footage shows the thief, who managed to grab several gold items, being warded off by the shop staff, who are also the manager’s sons.

As the yob is battering the window, one shop worker challenges him before he threatens him with the axe.

Seconds later, the other son runs out of the shop waving a hammer at the attacker who runs off.

The hero, who previously ran his own gardening business, told Grimsby Live: ‘As soon as I heard the first bang with the axe on the window I went for him and pulled off his balaclava.’ 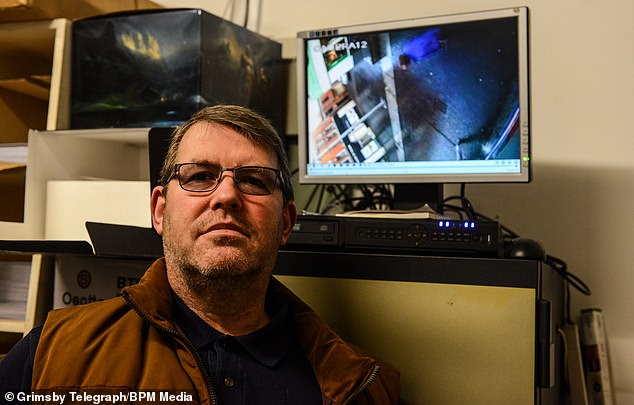 ‘I picked up the gold bracelets and other gold and passed it back to the staff, all of it. I need money. But I don’t worship money. It is other people’s God, not mine.

‘I clear rubbish from the street and I have been homeless for 15 years, but I don’t take from others.’

The robbery happened in the morning of February 6, and police confirmed on Wednesday a 40-year-old man was arrested.