The heroic moment a crew worked together to save an abandoned dog is Texas flood waters was captured on video.

The footage shows a man in a red sweater wading through the water while attached to a yellow rope. The other men pull him in with the dog in his arms.

The crew successfully managed to save the black and white dog from the flood which has claimed the lives of humans and animals. 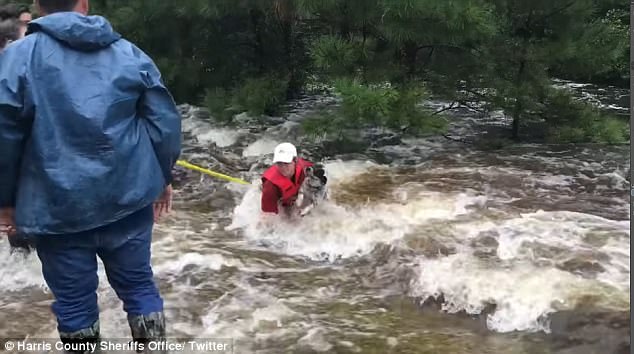 Since Hurricane Harvey made landfall last Friday local and national organizations have been doing everything they can to help rescue and evacuate animals.

The Humane Society has several Animal Rescue Team responders on the ground already in Houston with more volunteers headed to the particular areas affected by the epic floods.

On Tuesday a group of Hurricane Harvey refugee dogs were sent to New Jersey. 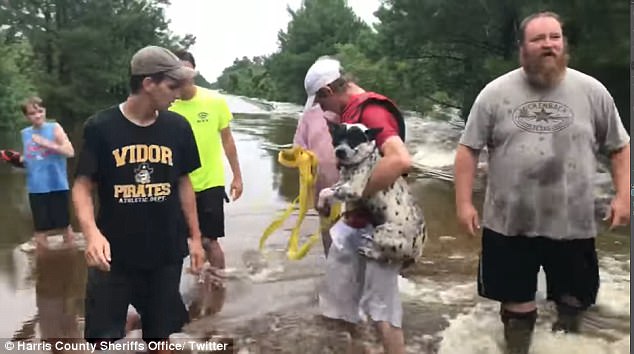 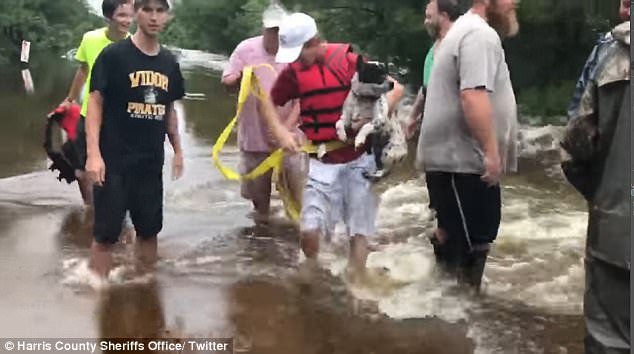 The men looked over the moon after saving the abandoned dog

According to Newsweek, the animals are going to a shelter in Madison called St. Hubert’s Animal Welfare Center.

The animals will be sent off to one of 15 sister shelters in the area where they will be cared for.

Volunteers are lining up from all over the US to help people and animals during this horrific time. 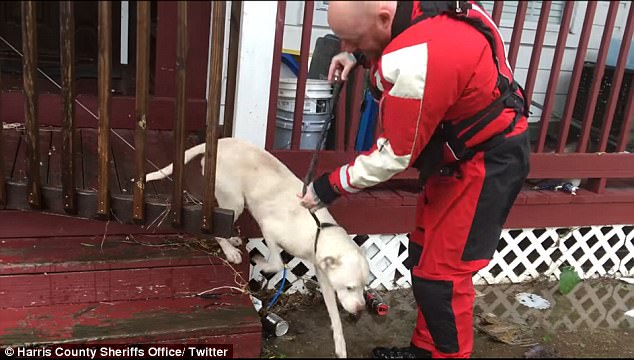 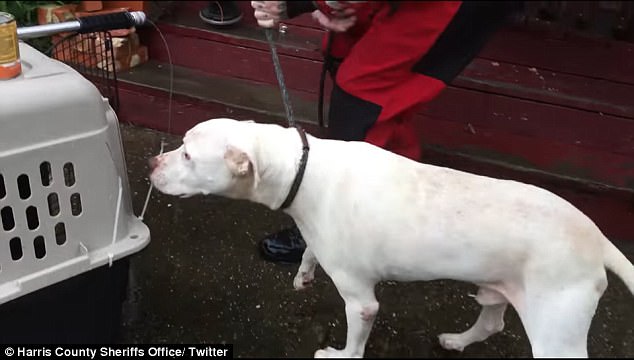 The video showed volunteers and helpers rescuing the animals

National nonprofit group RedRover in Sacramento is sending 400 volunteers and 15 vets to Texas later this week.

Spokeswoman Sheri Madsen revealed they are doing everything in their power to rescue and shelter animals around the country.

After Katrina the Pet Evacuation and Transportation Standards Act was passed in 2006 to ensure that animals were included in emergency preparations, according to ABC. 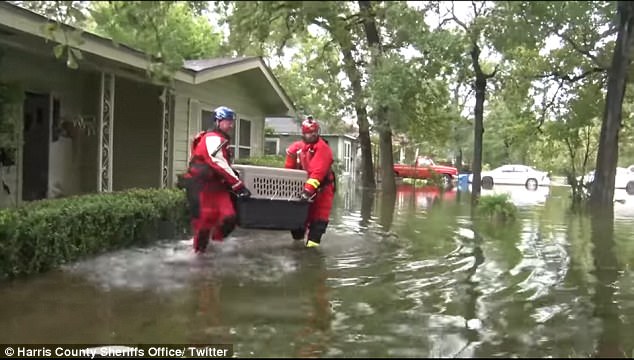 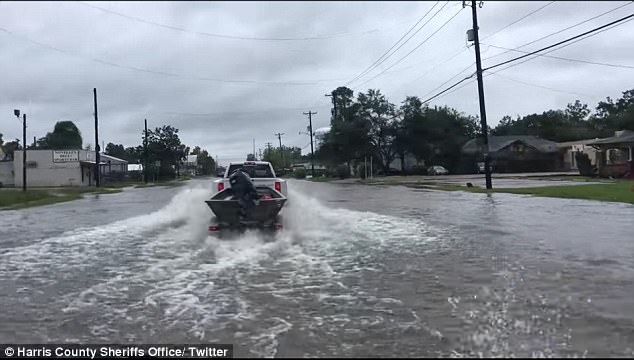