‘He’s changed’: France boss Didier Deschamps says Anthony Martial is ‘on the right track’ on and off pitch following the Manchester United star’s return to form

France head coach Didier Deschamps has hailed the transformation of Antony Martial who he says is now ‘on the right track’ on and off the pitch.

Martial enjoyed a fine campaign for Manchester United last season where he finished the club’s top scorer on 23 goals.

He was also on form for France against Croatia in the Nations League on Tuesday night in his first start for his country since March 2018. 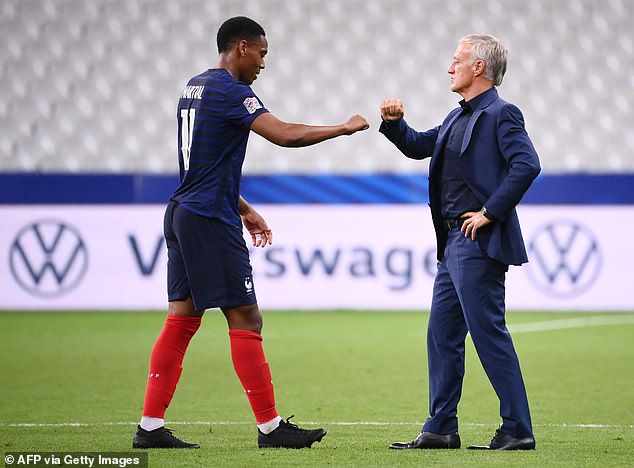 Martial set up Antoine Griezmann for France’s first goal, saw his shot come off the post to be put in by Croatia’s Dominik Livakovic for their second and played a key role in the world champions recording a 4-2 victory in Paris.

It is somewhat of a big difference from when Martial was linked with a move away from United a couple of seasons ago and couldn’t get a look in for France.

Now he is first-choice for Ole Gunnar Solskjaer at Old Trafford and back on France’s radar. 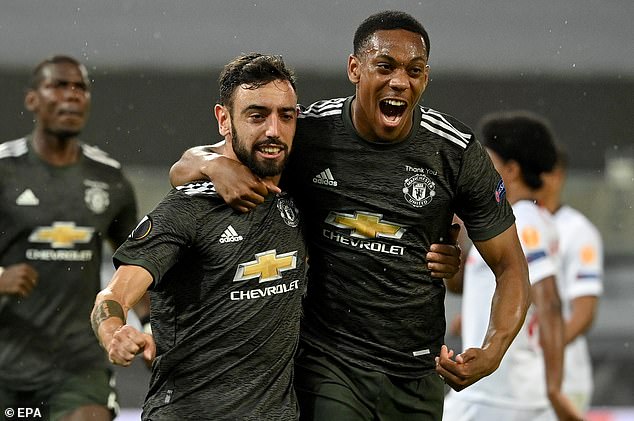 Deschamps singled Martial out for praise, adding that the United attacker’s hard work over the last year had paid off.

Deschamps said: ‘I wouldn’t say that he has undergone a metamorphosis but he has changed. I have noticed as well off of the pitch. He is capable of making a difference, very solid. He is on the right track.’

Martial, who will now return to United in preparation for the new Premier League season, told French television channel TF1: ‘It’s been a long time since I played for France and it was important to me to have a good match.’