He’s got the doggone blues! Hilarious moment when dog sings along to owner’s piano riff

Sometimes a dog just needs to get a load off his furry chest.

In January, a dog and his owner from Dorsten, Germany, were caught on camera putting on a bluesy performance that is hard to ignore.

The video begins with the owner sitting at the piano, while the black and tan dog reclines on a nearby grey rug. As soon as the first chord is struck, the dog turns his head to look at his owner, as if waiting for his cue to start crooning. 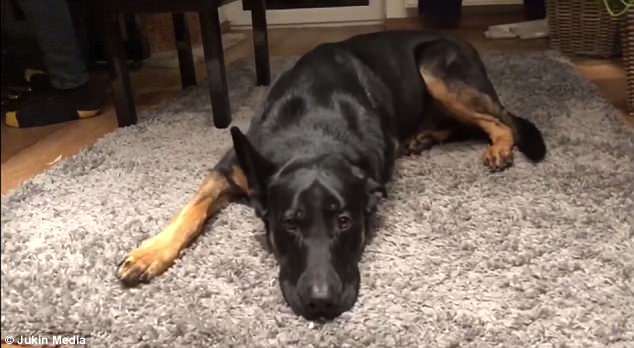 As his owner plunked out chords, the dog howled and whined in perfect harmony 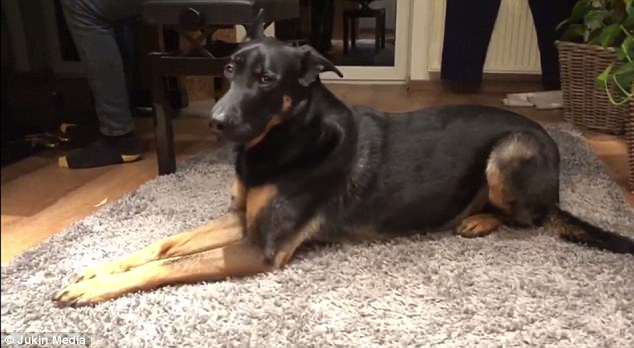 The dog put on a heartfelt blues performance, capping it off with an emotional howl

A handful of chords later, the dog lets loose an emotional whine, turning back towards the camera and pressing his snout down on the carpet, looking appropriately down and out.

As the owner continues throwing down the blues chords, the dog alternates between perfectly harmonized and synchronized howls and whines, puffing his cheeks out with his effort.

The dog caps off his performance by raising his head up to the ceiling and letting rip a heartfelt howl.