Heston Blumenthal rustles up a baby with his new love

With his dishes such as snail porridge and egg-and-bacon ice cream, Heston Blumenthal loves creating unexpected delights for diners at his celebrated restaurants.

Now, the television chef is serving up surprises in his personal life.

I can disclose that Blumenthal, 51, has become the father of a baby with French estate agent Stephanie Gouveia, right.

Heston Blumenthal, 51, has become the father of a baby with French estate agent Stephanie Gouveia

‘Even some of his good friends didn’t know Stephanie was pregnant,’ I am told.

The child was born just a few months after his divorce from Zanna, 52, with whom he has three children. During their marriage, he had an affair with American cookery writer Suzanne Pirret, who has said her favourite things are ‘food and sex’.

Blumenthal’s spokesman tells me: ‘I can confirm Heston and Stephanie have had a child at the end of last year, but we won’t be giving any further information.’

Is it acceptable for a husband to advertise for companionship? Boris Johnson’s brother-in-law Ivo Dawnay thinks so.

The National Trust creative director has paid for a notice in the New York Review of Books under the headline: ‘Adventure sought.’

Describing himself as a ‘jaded, 60-something journalist’, the husband of Celebrity Big Brother contestant Rachel Johnson says he’s ‘keen to do something, anything, before rendezvous with Grim Reaper’.

Dawnay, 65, says: ‘Anything considered and companionship welcome, preferably somewhere warm if not tropical. Research, reporting, Princess-rescue or any other task, preferably legal, considered. If you are bored, share your ideas. Come too.’ Amiable Ivo tells me the response so far has been ‘rather disappointing’.

Devasted after her father Ewan McGregor abandoned her mother, Eve, for a co-star 13 years his junior, Clara McGregor, pictured with her dad, has some cheering news in her own love life.

‘We met through friends,’ she tells me. ‘He’s met part of my family.’ 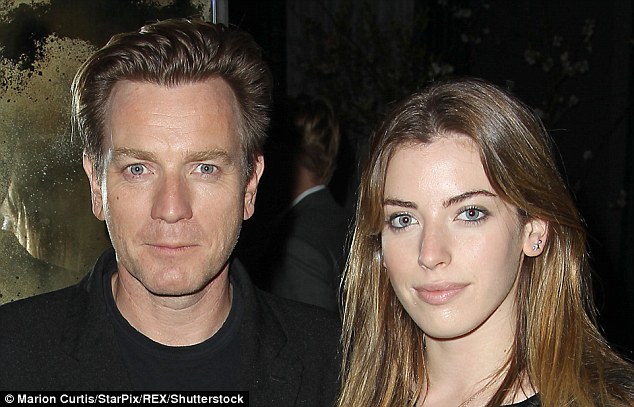 Jimmy is best known as half of the musical duo Lolawolf, with rocker Lenny Kravitz’s daughter, Zoe. Until last summer, Jimmy was in a relationship with Sean Penn’s actress daughter, Dylan.

They split after Jimmy was photographed being shouted at outside a New York cafe by Hollywood star Penn and Dylan’s mother, the House Of Cards actress Robin Wright.

One is Prince Charles’s controversial but indispensable retainer and former valet, the other is socialite Petra Ecclestone’s ex-husband — known for his flamboyant lifestyle.

While royal courtier Michael Fawcett, 55, right, and James Stunt, far right — the 36-year-old godson of former criminal gang boss Terry Adams — would not appear to have much in common, I hear that they have become close chums.

So close, indeed, that discussions have been held about Stunt lending works from his art collection to display at Dumfries House, Charles’s stately home in Scotland which Fawcett runs. 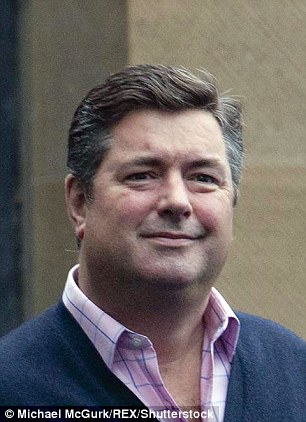 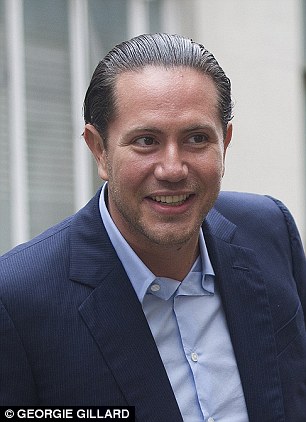 Royal courtier Michael Fawcett, 55, left, James Stunt would not appear to have much in common, I hear that they have become close chums

The move would be extraordinary as Charles is the heir to the largest private art collection in the world and would seem to have little need for more paintings.

However, Kenneth Dunsmuir, executive director of Dumfries House Trust, confirms it accepts loans from donors who ‘prefer to remain anonymous’.

Stunt’s ostentatious habits, such as being driven round London in a cavalcade of luxury cars, annoyed his former father-in-law, ex-Formula One boss Bernie Ecclestone, but perhaps they appeal to Fawcett. After all, Charles is hardly known for his frugality.

When Samantha Cameron had the audacity to put a jar of Hellman’s on the table alongside a roast chicken during a ‘get-to-know-you’ dinner at 10 Downing Street, Sir Nick Clegg’s wife, Miriam, publicly criticised the then Prime Minister’s better half for failing to make her own mayonnaise.

Now, Lady Clegg has admitted that she, too, sometimes falls back on processed foods. The highly paid Spanish lawyer used a Betty Crocker cake mixture for her son Miguel’s birthday this week.

‘Swamped with work and cheating my way to my son’s ninth birthday cake,’ Miriam confessed online. ‘How on earth is it possible that despite my feminist credentials I still feel guilty about doing this?’ Pity she didn’t think of that before shaming SamCam.