Hidden catch of Help to Buy: Homeowners face a mass of red tape to remortgage

Help To Buy homeowners who want to switch to a cheaper mortgage face long delays and hefty administration fees costing them hundreds of pounds.

It typically takes around three months to switch your mortgage to a new lender, or about a month if you are remortgaging with your existing bank.

But experts warn this process could take double the usual time for Help To Buy borrowers, because it is more convoluted.

Those who do not leave enough time to complete the complex paperwork risk ending up on their bank’s standard variable rate, which is typically far more expensive.

Homeowners may also find they have to pay large administration fees and that their choice of deals is very limited.

The Help To Buy scheme was launched in 2013 to help kick-start the housing market.

Families received a Government loan for 20 per cent of the property value, or up to 40 per cent for a house in London, and the debt was interest-free for five years.

It meant that they could then get a mortgage from a bank or building society with just a 5 per cent deposit.

However, unlike with a normal mortgage, the Government was given a stake in the buyer’s home. So, if the value of the property rose, the buyer would have to pay back more than the sum they borrowed — but if it dropped, they would pay back less.

Now, as the interest-free period comes to an end for the first 14,000 borrowers, they face a host of hidden problems.

When they signed up to the scheme, house prices were forecast to rise. This was supposed to help buyers build up equity they could then use to pay off their debt to the Government.

However, the market has been stagnant in many areas and not everyone has seen the value of their home go up. 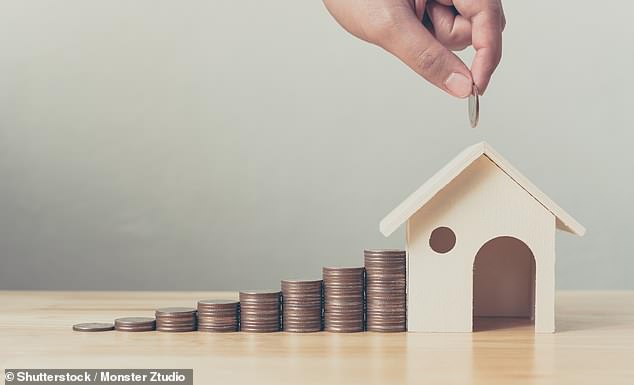 So, as the first wave of five-year government loans comes to an end, some borrowers instead face the prospect of remortgaging without repaying any of the debt.

These homeowners also face a limited choice, because only around 40 out of the 316 Help To Buy deals on the market allow borrowers to remortgage without paying off any of their equity loan.

James Chidgey, new homes and Help To Buy manager at the Mortgage Advice Bureau, says: ‘Mortgage lenders would rather you pay off the loan in full.

‘It’s not fair on borrowers that so many mortgage lenders want to help them buy a home, but will not help with their remortgaging options.’

Experts say that even those who are able to repay their loan in part or full also face expensive fees and limited deals.

If you can repay the loan in full, you will first need to instruct an independent valuer to work out what your property is worth. 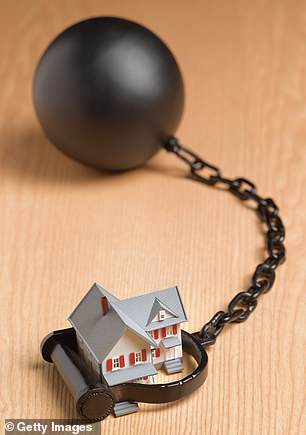 Costly: Even those who are able to pay back their loan in full will face expensive fees

This is so Homes England can work out the current value of the stake that it holds in your home.

You must then send Homes England this figure, along with your mortgage and solicitor details, as well as a cheque for a £200 admin fee.

Homes England will then calculate how much you owe the Government and provide your solicitor with a final settlement figure.

This is supposed to be done within seven to 14 days — but Daniel Bailey, managing director of the mortgage broker Middleton Finance, says the process can often take as long as six months and cost five times as much as a standard remortgage.

Mr Bailey says: ‘A straightforward remortgage often comes with a free valuation and money towards solicitor fees. But a homeowner I recently advised paid £1,100 as she had to pay for the independent valuation and her new mortgage deal did not come with free legal support because she was repaying her government loan in full.’

However, if you can clear the full loan balance, there are around 15 lenders and dozens of Help To Buy remortgage deals for borrowers with a 10 per cent deposit to pick from.

If you decide that you want to repay part of your government loan, then you must be able to repay at least 50 per cent of it in one go.

There are only six lenders, including Barclays, TSB, Halifax and Newcastle BS, that offer remortgage deals where you can repay just part of your Help To Buy loan.

Mr Bailey adds: ‘I would urge anyone with a Help To Buy mortgage to get expert help from an adviser and start looking for a new deal six months ahead of their fixed rate coming to end to avoid paying higher standard variable rate interest.’