The death of a talented 18-year-old student, who had saved a boy’s life just weeks earlier, was ‘most likely’ related to taking laughing gas, an inquest has heard.

Rory Wai, from Wivenhoe, Essex, was found unresponsive in his bedroom by his brother William, on the evening of August 6 last year.

Just weeks before his death, Rory had saved a young boy from drowning while working as a lifeguard at Valley Farm Caravan Park in Clacton during the summer holidays.

The 18-year-old’s sudden death was possibly related to the use of laughing gas, an inquest at Chelmsford Coroner’s Court heard on Tuesday.

Pathologist Dr Shaobin Wu told the court that a post-mortem showed damage to his lungs and his kidneys had symptoms of acute renal failure, the Gazette reported.

Rory Wai, from Wivenhoe, Essex, (above) was found unresponsive by his brother William at his home on August 6, 2019, weeks after saving a boy’s life while working as a lifeguard in Clacton 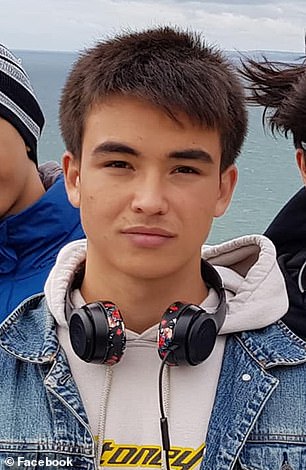 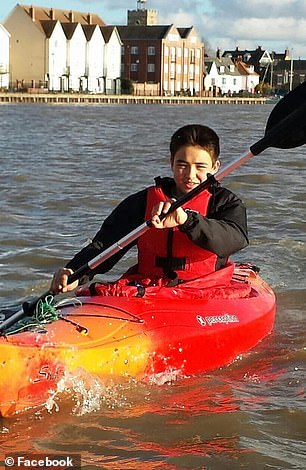 The 18-year-old’s death was ‘most likely’ related to nitrous oxide, commonly known as laughing gas, an inquest at Chelmsford Coroner’s Court heard on Tuesday

Dr Wu added that although the cause of death was ‘unascertained’, it was ‘most likely’ related to drug use.

She listed the use of nitrous oxide, commonly known as laughing gas, as a possible factor in the sudden death, but added that she could not ‘give a definite cause of death’.

Senior coroner Caroline Beasley-Murray said: ‘I have given this careful consideration and the evidence Dr Wu has given is that the cause of death is unascertained.

‘But from her evidence it was more likely than not Rory’s death was drug related.

‘I am going to record that he died as a result of an accident, that he took a deliberate action that had an untoward result and outcome.

‘He was clearly much-loved by his brothers.

‘It must have been horrendous for William to find him.’

As well as his brother William, Rory also leaves behind his father Henry, mother Sally, and his other brother David.

Sally Anderson-Wai paid tribute to her hardworking and kind son following Tuesday’s hearing and said she hoped his death may deter other young people from experimenting with laughing gas.

Rory had considered studying engineering at university and had a ten year plan, which included planning a trip to America, Ms Anderson-Wai said.

She told the Gazette: ‘He was thinking of becoming a property developer, he’d cleared his bedroom out and had a whiteboard with all these things to do on it.’ 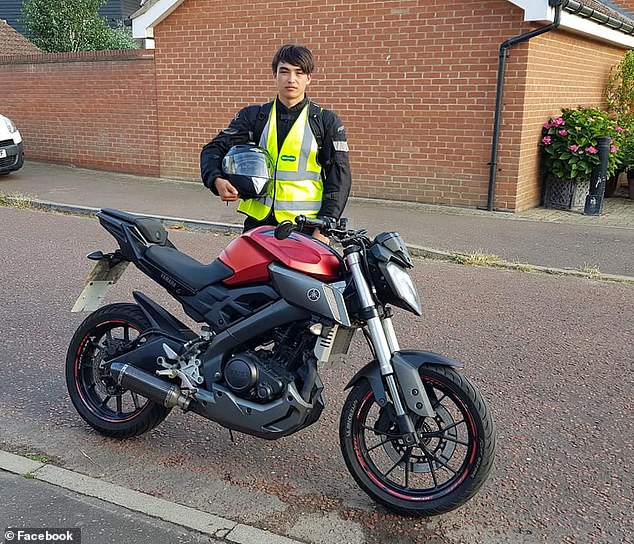 When Rory’s results arrived after his death, his family saw that he had achieved an A grade in Maths and B grades in Physics and Chemistry, and got a B in AS-Level Accountancy.

Ms Anderson-Wai added that after passing his 11 GCSEs in, he won a top prize for Maths in year 11.

She said: ‘After he died a couple of his friends came up and said they really loved Rory and it was because he had helped them when they were being bullied at school.

‘At the college, he was awarded a posthumous academic award and a new sports award was named after him in December 2019.’

Ms Anderson-Wai said that Rory’s death has devastated’ their family and hope it may act as a ‘deterrent to young people’ considering taking drugs or laughing gas.

She said: ‘People think laughing gas is OK but it’s really not.’

Detective Inspector Kevin Hughes told the court: ‘It was a tragic case, which can bring home some of the dangers of drug use.’