A 16-year-old teen has been arrested in the killing of a 17-year-old pregnant schoolmate whose body was found in an Indiana restaurant dumpster.

Lt. Alex Arendt of St. Joseph County Metro Homicide Unit said the teen, who has since been identified as Aaron Trejo, 16, of Mishawaka, Indiana, was arrested Sunday.

The body of Breana Rouhselang, 17, a cheerleader and football team manager at Mishawaka High School, was discovered by authorities Sunday morning in a dumpster behind Pasquale Rulli Pizza in Mishawaka, just a block away from where she lived with her biological mother.

Aaron Trejo, 16, of Mishawaka, Indiana, was arrested Sunday for an alleged connection to the murder of 17-year-old pregnant schoolmate Breana Rouhselang 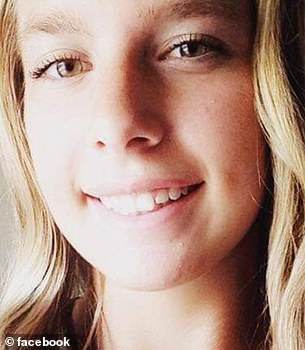 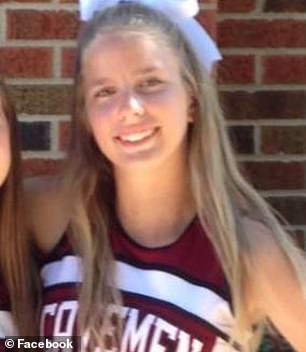 Breana was a cheerleader and manager of the high school football team, which Trejo was on 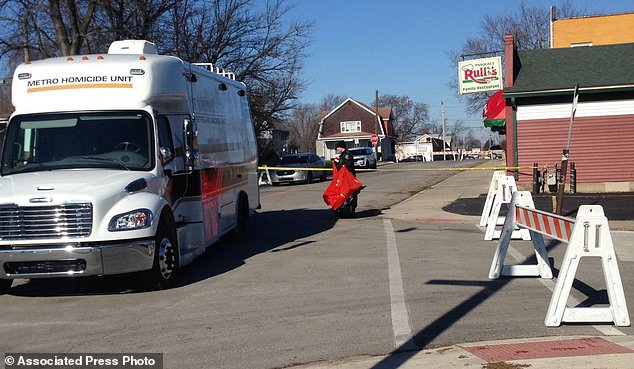 Authorities investigated the scene where Breana’s body was discovered Sunday morning (pictured). Her body was found in a dumpster behind Pasquale Rulli Pizza

Breana’s stepmother, Nicole Rouhselang, told reporters on Sunday that Breana had been about six months pregnant at the time of her death. It is presumed that the baby has died as well.

Breana was last seen at her home at around midnight Saturday.

Her family called police about 4.30 am Sunday after they ‘got the feeling that something wasn’t right,’ Arendt said.

Authorities then began searching the alley near her family home, eventually discovering her body in the dumpster behind Pasquale Rulli’s.

Authorities said that the restaurant itself was not involved in the homicide, but that it was just ‘a location of opportunity to hide the victim,’ according to the South Bend Tribune.

Police did not reveal how Breana was killed, but it was reported that they found evidence of a violent crime nearby, WNDU reported. 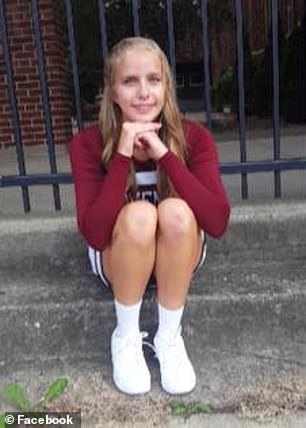 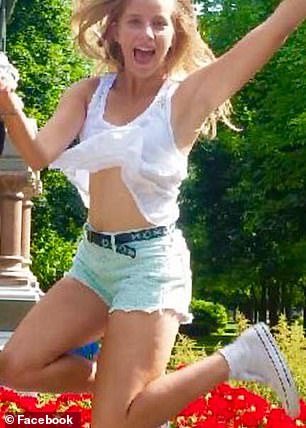 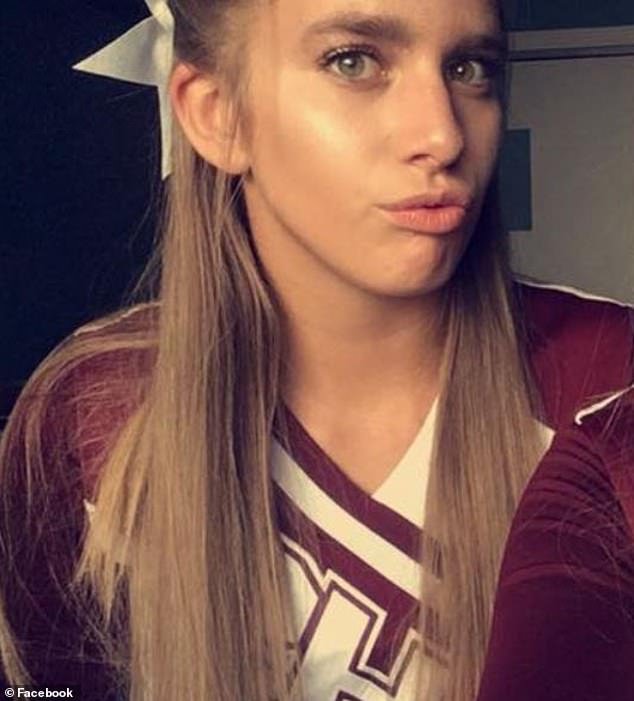 Breana’s family called police at about 4.30am Sunday after they ‘got the feeling that something wasn’t right,’ authorities said. Brena’s family last saw her alive Saturday at midnight 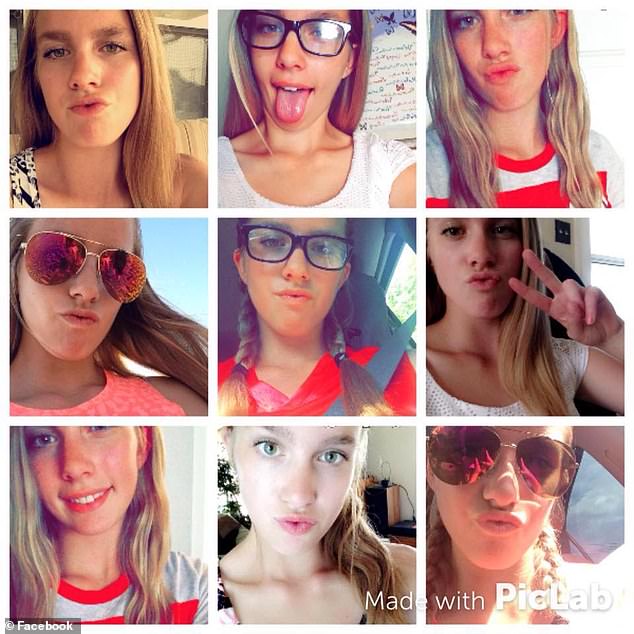 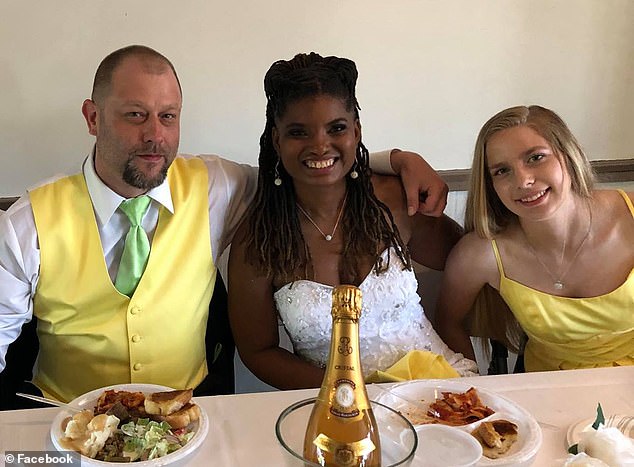 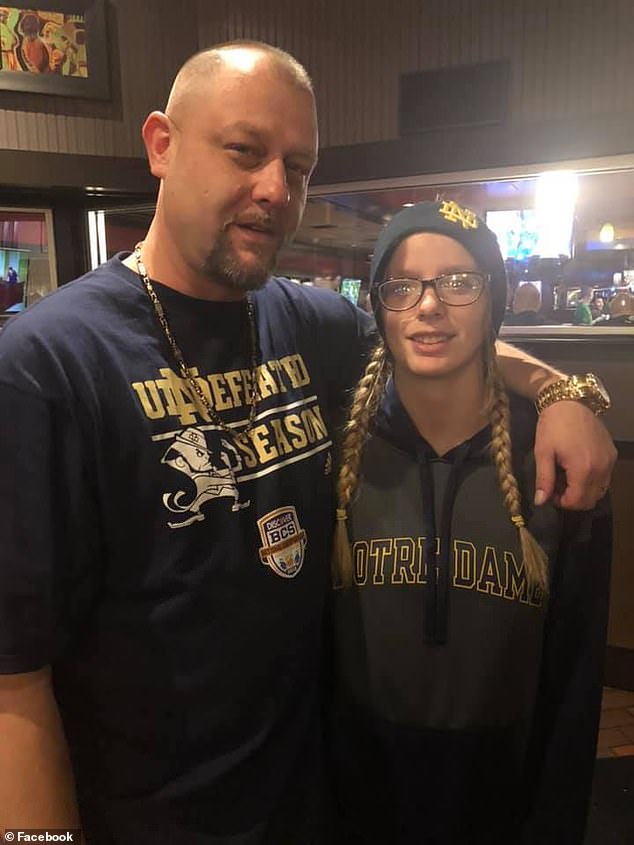 Breana and her father, Dave, taken the last time they saw each other on November 17

Authorities executed a search warrant at Trejo’s home Sunday morning and arrested him there.

Arendt said that Breana knew Trejo, who also attends Mishawaka High School, from the football team, but the extent of their relationship was under investigation.

The two teens were Facebook friends, but Trejo listed himself as ‘single’ and Breana did not have her relationship status posted.

Nicole told reporters that Breana had aspirations of going to college, but that she had been receiving failing grades recently.

‘She was like my daughter,’ Nicole told reporters, according to the South Bend Tribune. ‘I’ve known her since she was 6. I just don’t understand it. She was young. … too young to have a baby herself.’

Breana’s classmate, Alexis Humphries, told ABC57 that she doesn’t ‘understand how somebody could do that like, she was just such an amazing person – her friends, family, she definitely did not deserve this.’ 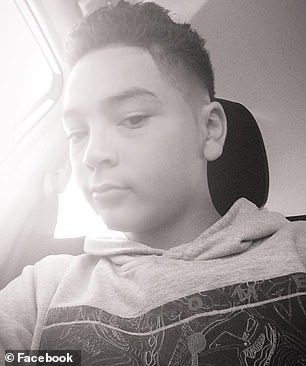 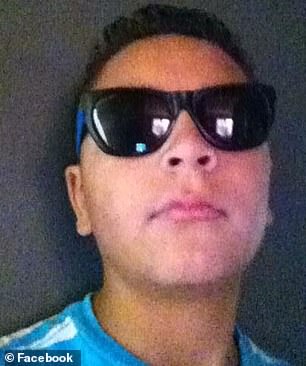 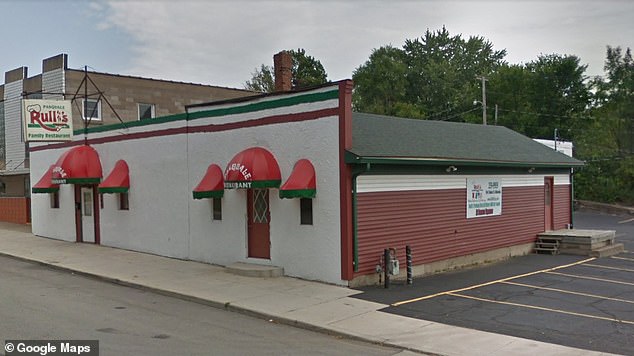 Authorities said the pizza restaurant was not involved in the homicide, but just a convenient location for hiding Breana’s body. The restaurant is a block away from her mom’s home

Students at Mishawaka High School staged a walkout Monday at 11am, observing a moment of silence around the school’s flagpole in honor of their friend and the time when police found Breana’s body, according to ABC57.

Police haven’t released details about a possible motive and an autopsy is being planned to determine Breana’s cause of death.

The St. Joseph County prosecutor’s office said Trejo is being held on a preliminary murder charge and that formal charges were expected Monday.

WTHR reported that Trejo is likely to be charged as an adult.

A GoFundMe has been established on behalf of the teen’s father, Dave, and stepmother, Nicole, to help pay for her funeral and memorial expenses.

‘This is such a hard tragedy to accept! This loving young lady was so full of life and didn’t deserve this,’ reads the description on the fundraising site page.

The school district in Mishawaka, which is next to South Bend and about 80 miles (130 kilometers) east of Chicago, issued a statement Sunday saying administrators were working with authorities in investigating the ‘terrible tragedy’ and that grief counselors would be available at Mishawaka High School on Monday.

‘Our thoughts and prayers are with the family members and friends who have been affected by this great loss,’ the statement said.

On Sunday, Pasquale Rulli’s Pizza wrote on Facebook: ‘Our condolences to the families involved in the tragedy that took place by our restaurant overnight. The Rulli family are upset that this took place in our neighborhood and are saddened for our Mishawaka city.’