Pristine mountain lakes, the soaring peaks of the Sierra Nevada and the majesty of the Mojave desert – welcome to the sublime beauty of the Pacific Crest Trail.

Tim spent six months alone traversing the 2,650-mile trail, which stretches from southern California to the border of Canada, snapping stunning pictures of his epic journey along the way.

The Dutchman had to learn to navigate bear territory and plan his food supply – and carried everything he needed to survive in both blistering heat and freezing snow storms.

Tim said: ‘I wanted to experience what it meant to be self-reliant, to carry everything I needed on my back as I walked through the vast wilderness. Free to sleep under the stars, meet new people and walk alone with my thoughts.’

Tim began his journey in Campo, California, and much of the early part of his trip involved hiking through desert landscapes. Pictured is a stunning shot of the wind farms near the Californian city of Tehachapi 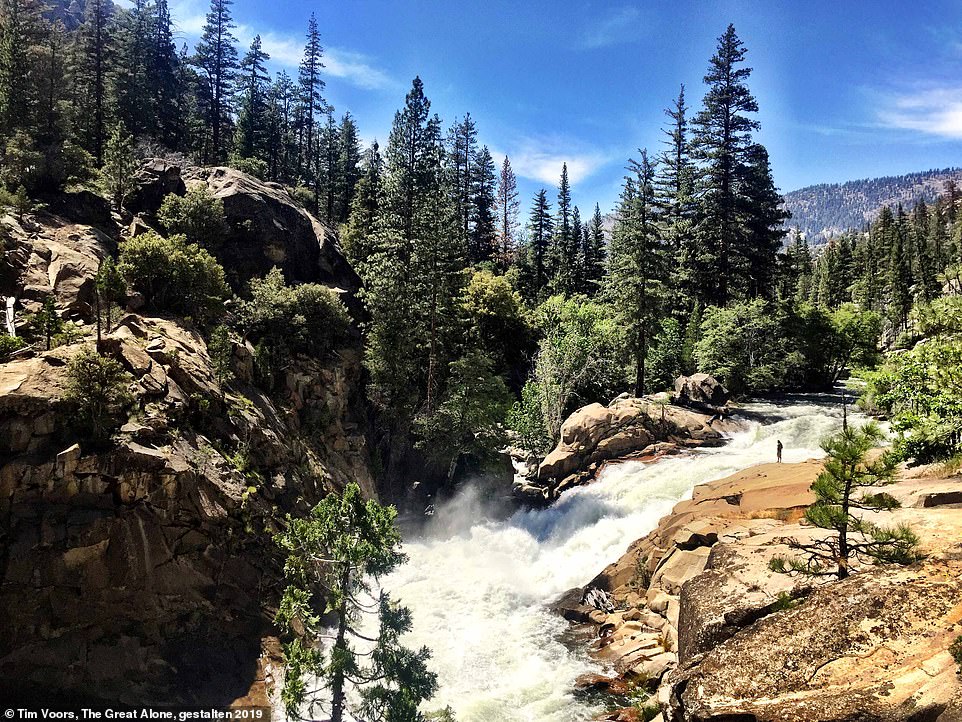 The jaw-dropping Kern Falls, which Tim encountered on the way to Kennedy Meadows, California. The falls is known for being rich in salmon 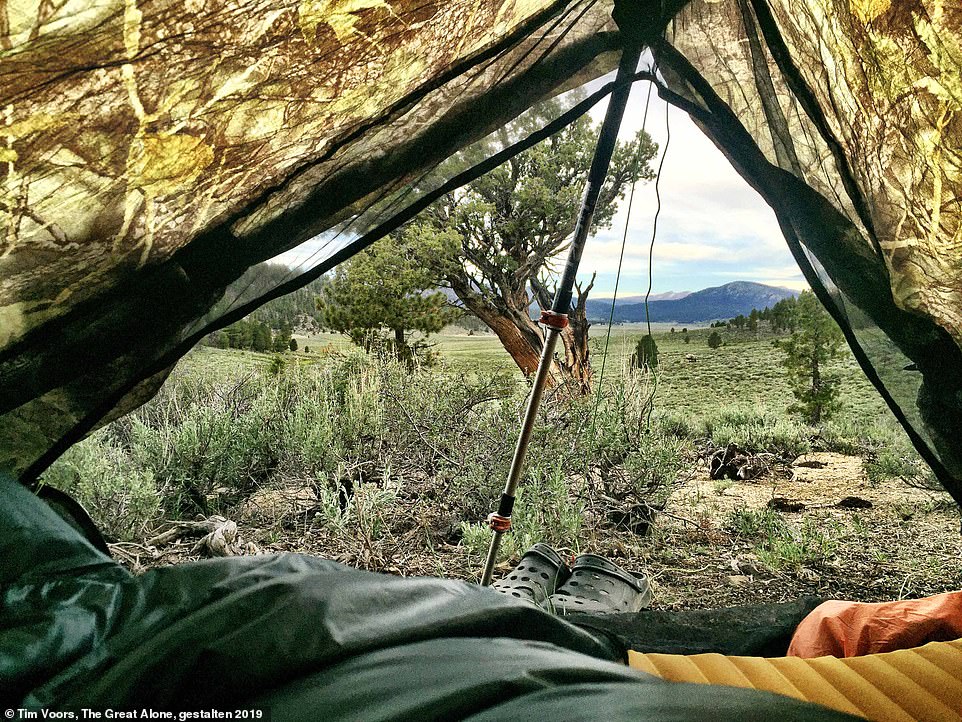 Life’s a pitch: Tim sets up camp for the night looking out on to the High Sierras 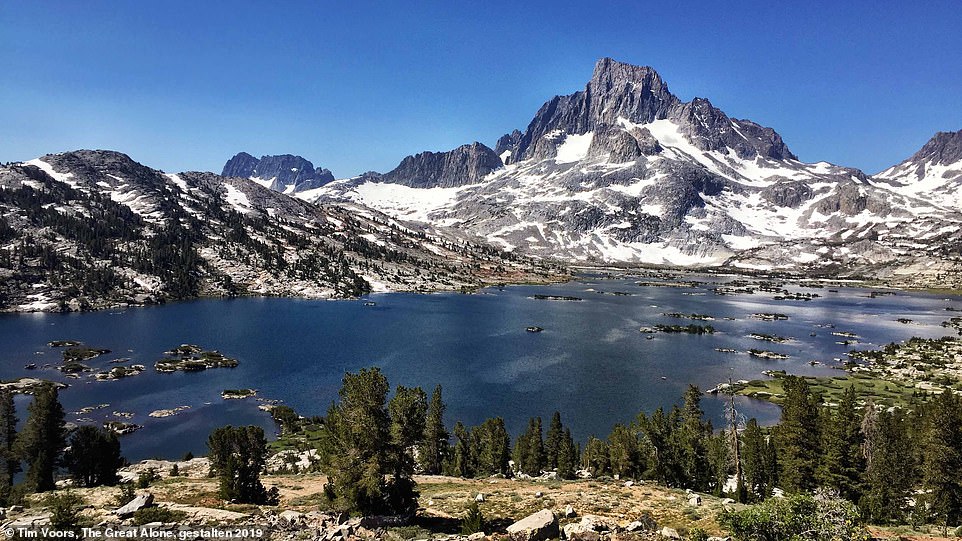 The second part of Tim’s epic hike took him from Mount Whitney to South Lake Tahoe in California. Pictured is Thousand Island Lake, which he reached shortly after passing the town of Mammoth Lakes, California 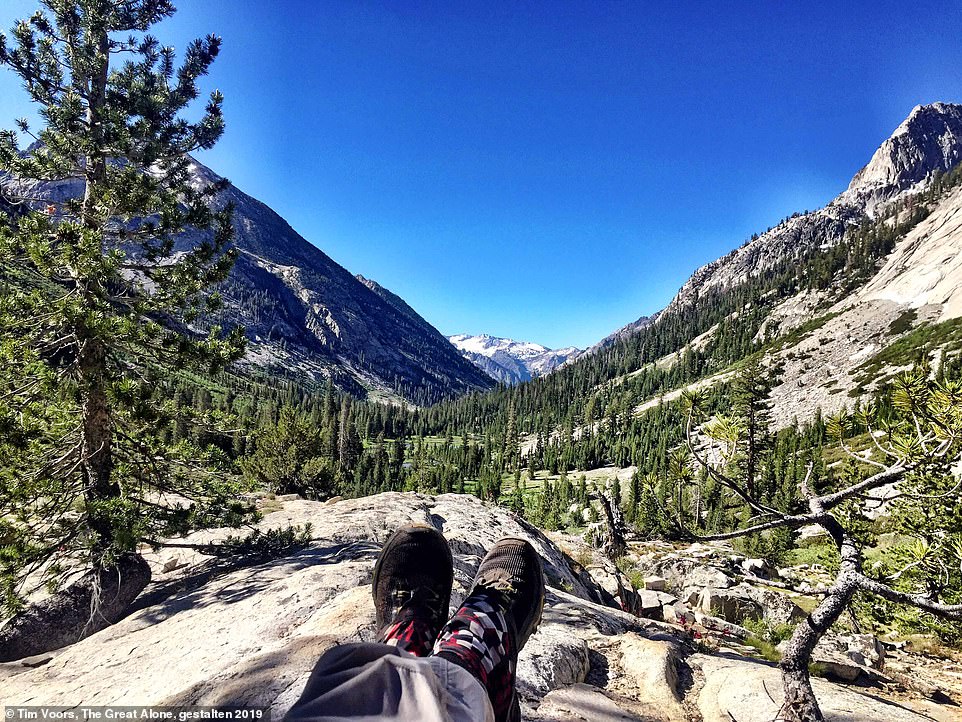 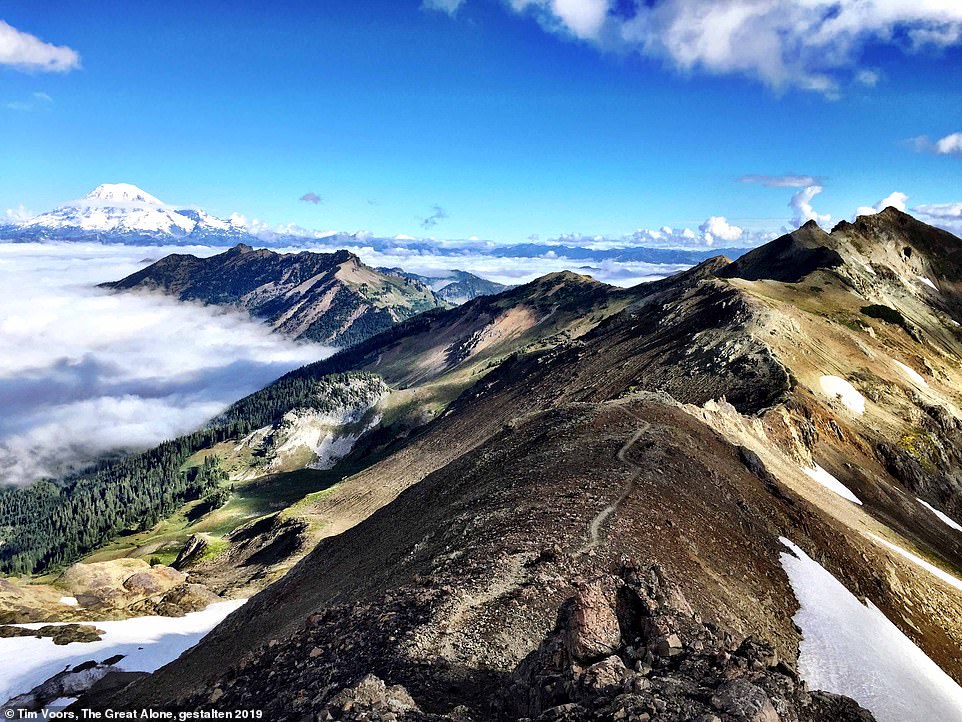 The third part of Tim’s journey took him from South Lake Tahoe all the way up to the Canadian border. He said: ‘I wanted to experience what it meant to be self-reliant, to carry everything I needed on my back as I walked through the vast wilderness’ 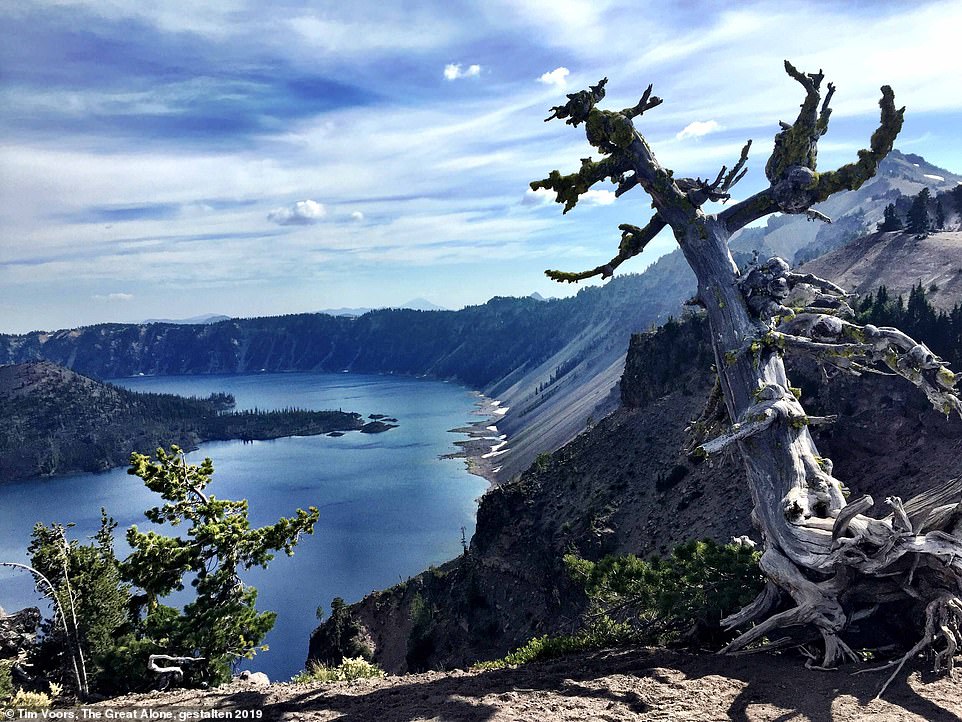 As Tim headed north towards Canada, he passed through the US state of Oregon. There he took this incredible image of Crater Lake, the main feature of Crater Lake National Park 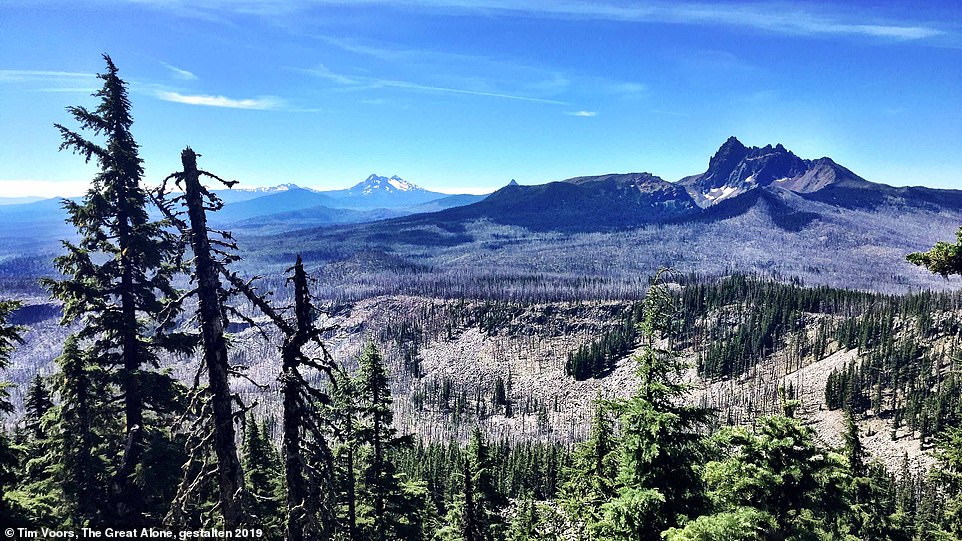 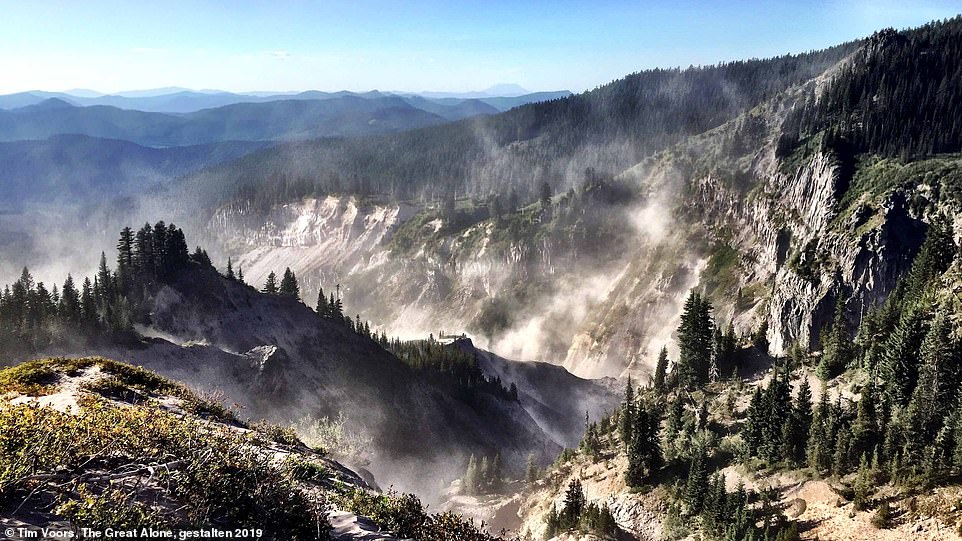 Clouds can be seen rolling across Mount Hood in Zigzag Canyon in Oregon. Mount Hood has an elevation of over 11,000 feet 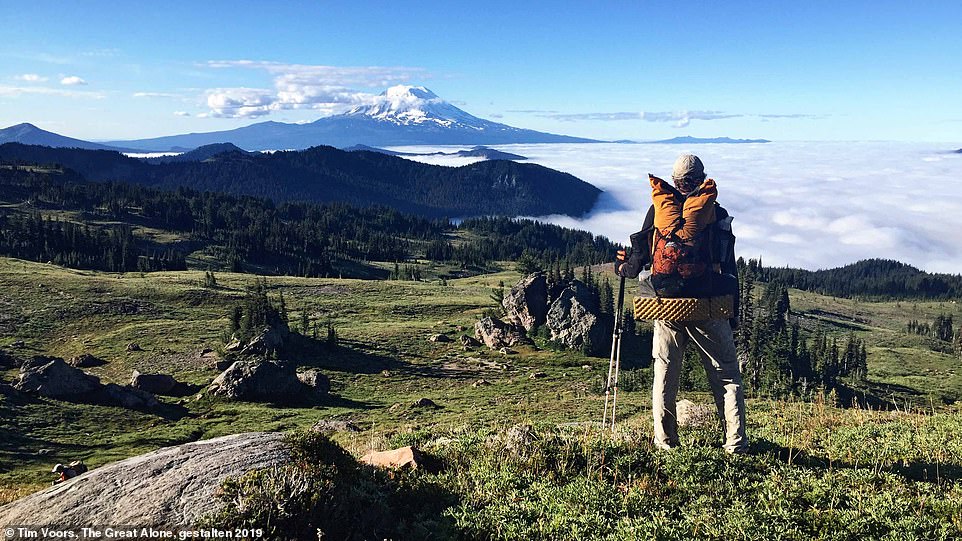 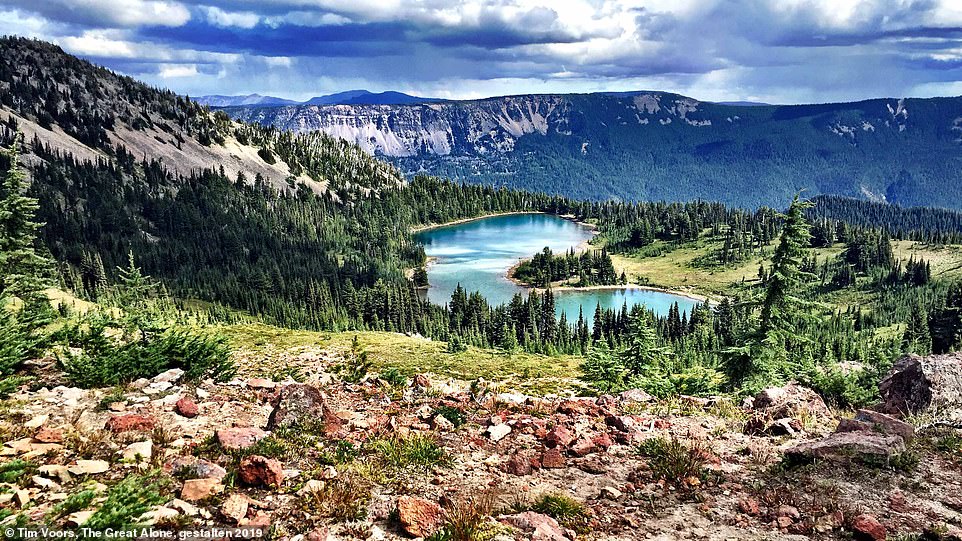 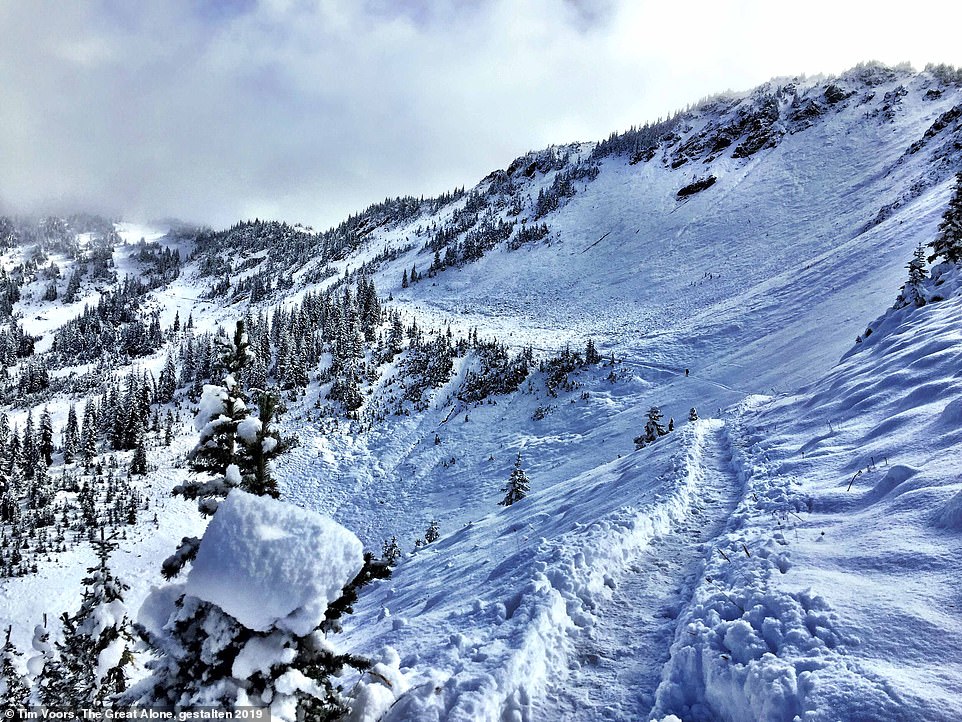 Nearly there: The final descent from Castle Pass in Washington state to the Northern Terminus at the Canadian border 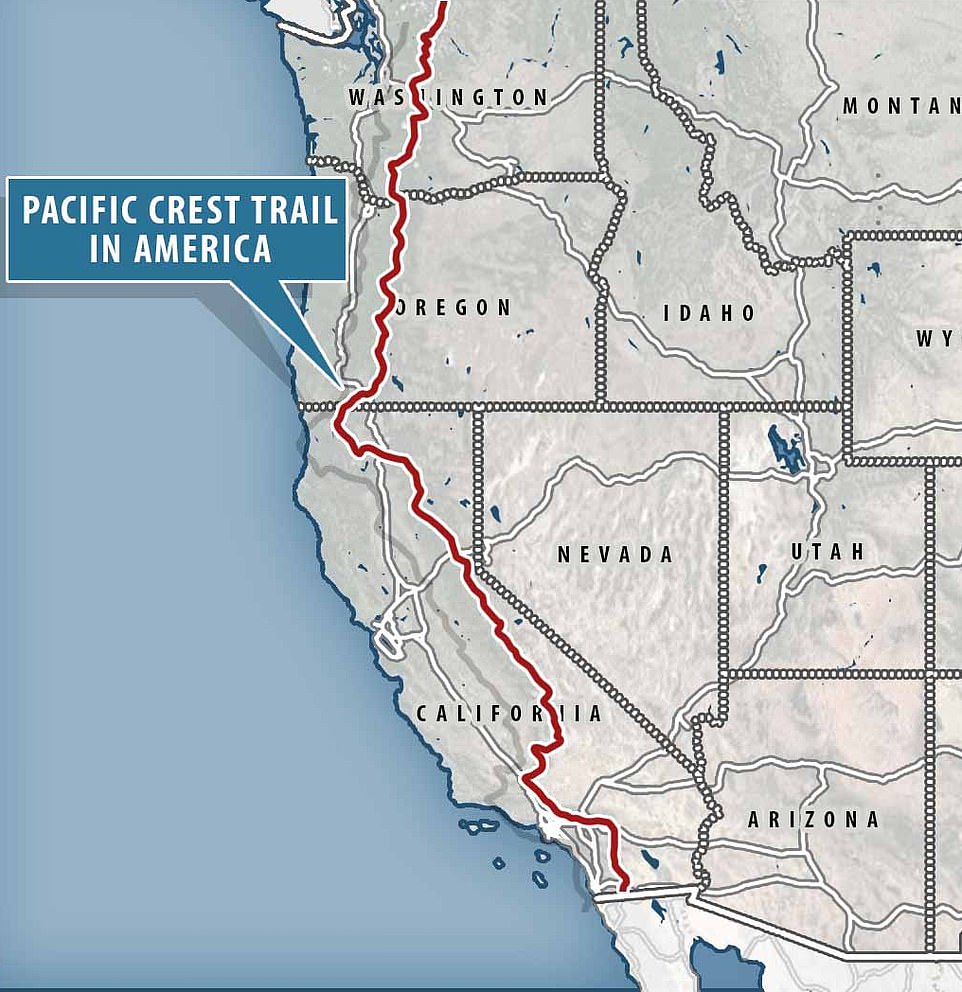 Epic: The trail passes through California, Oregon and Washington state

THE TRAIL IN NUMBERS, FROM SNAKES SPOTTED TO NOODLES EATEN

50 snakes, one for dinner

10 joints, five with a result [marijuana is legal in California, Oregon and Washington State]

Two bears, luckily at a distance