One man’s trash really is another’s treasure! Shoppers share their proudest second-hand buys – including a swearing stuffed squirrel and a glass EYEBALL

We all like to find a bargain, and nothing beats grabbing a secondhand item for the fraction of the original price.

And this hilarious internet gallery, collated by Bored Panda, highlights the weird and wonderful items discovered by savvy bargain hunters around the world.

Flabbergasted shoppers have posted an array of bizarre figurines and novelty items, including a house phone that looks like a mouth and tongue, as well as a giant golden mug.

Here, FEMAIL rounds up some of the best, and most alarming, examples…

Odd! Flabbergasted shoppers have posted an array of bizarre figurines and novelty items, including a house phone that looks like a mouth and tongue (pictured). It is unclear where this photograph was taken 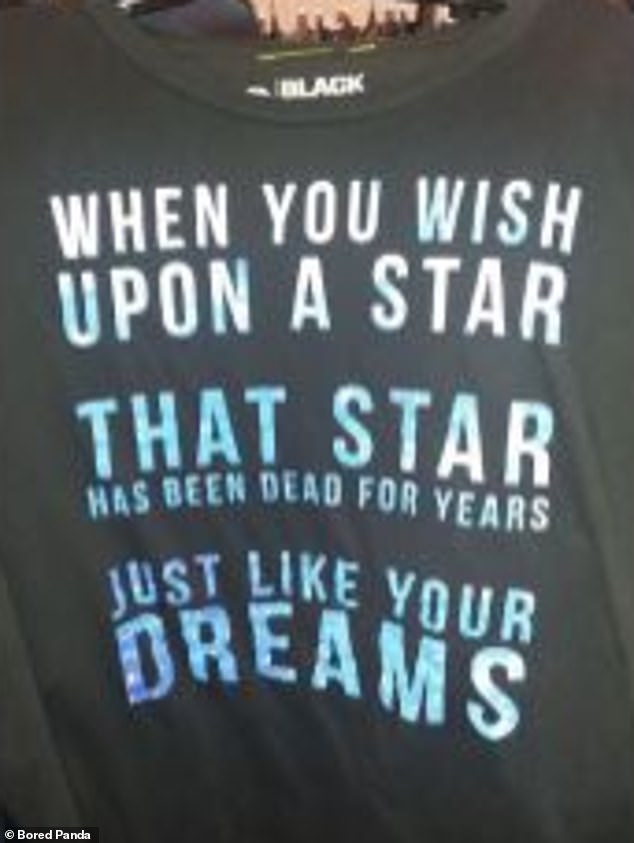 ‘Truth hurts’: One secondhand T-shirt detailed some harsh words to people about their dreams. It is unclear where this photograph was taken 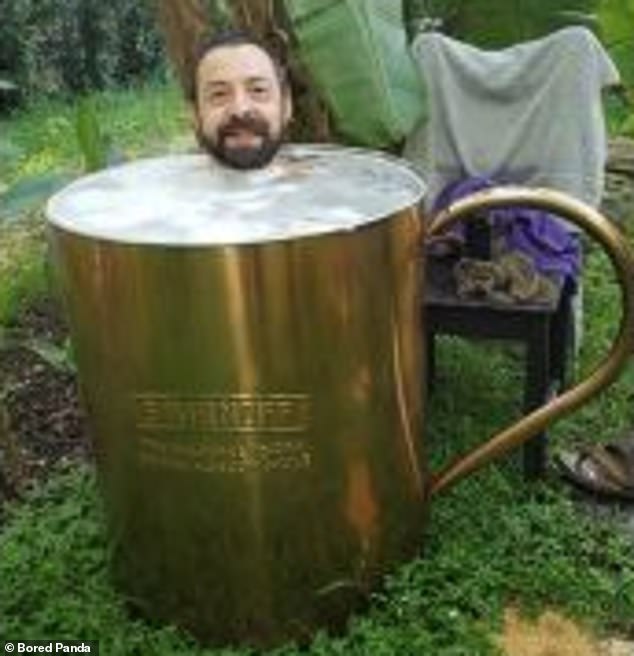 Making the most of it! One man was so impressed when getting this giant cup for free from the wife of a former liquor distributor that he decided to take a bath in 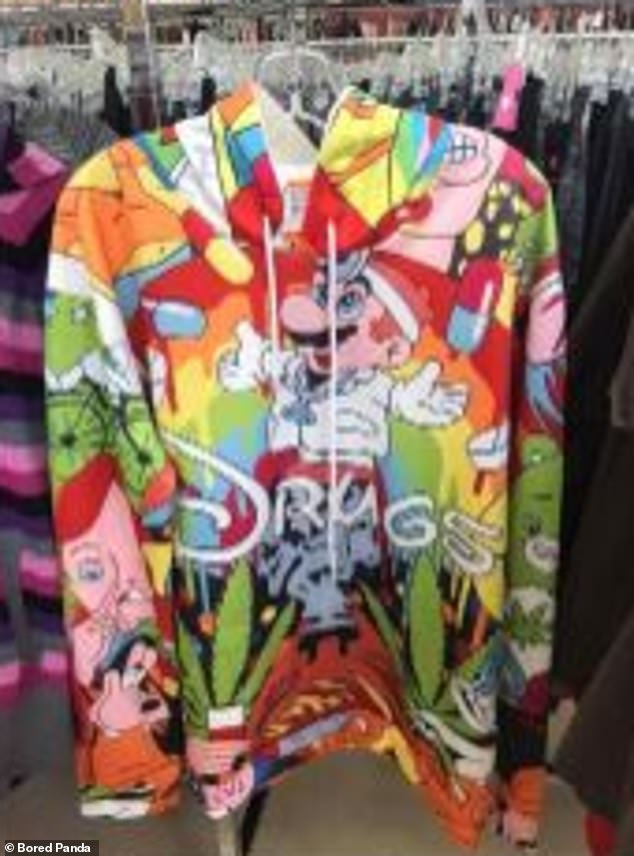 Wacky! Elsewhere this jumper used some of the most popular cartoon characters with the words ‘drugs’ embellished across it 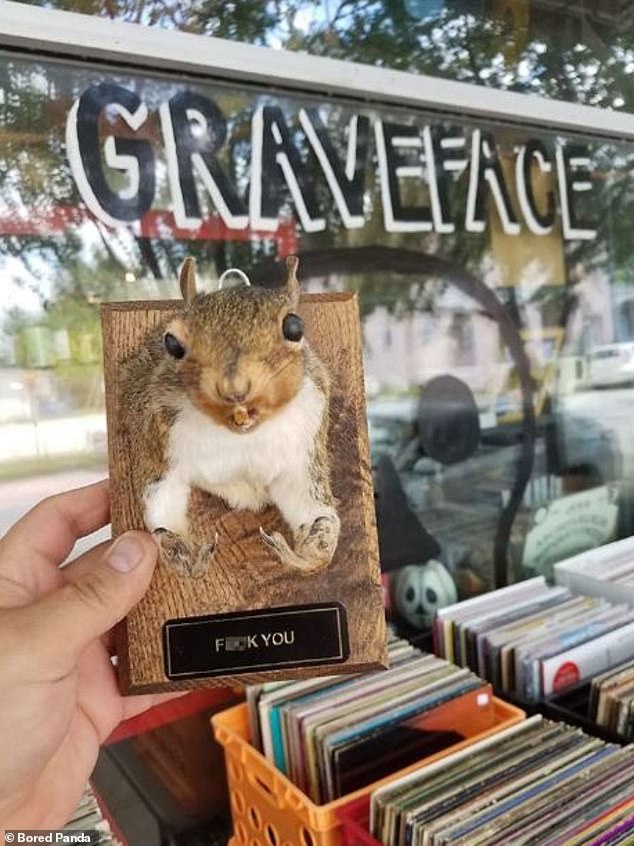 No manners: This rude little guy was discovered in a market in Savannah, a coastal Georgia city in the US 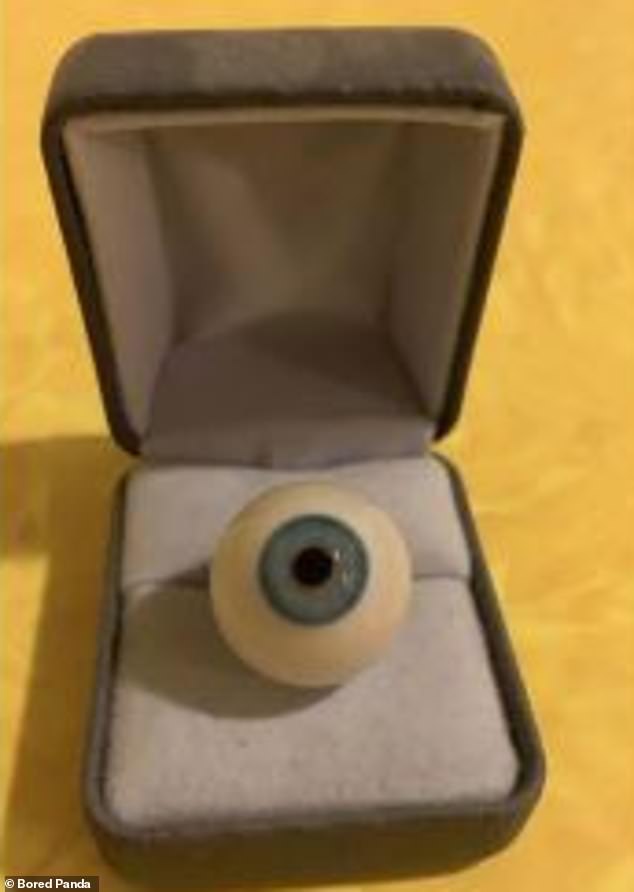 An eye for an eye! When one woman felt someone watching her, she turned around to discover it was just a glass eye. It is unclear where this photograph was taken 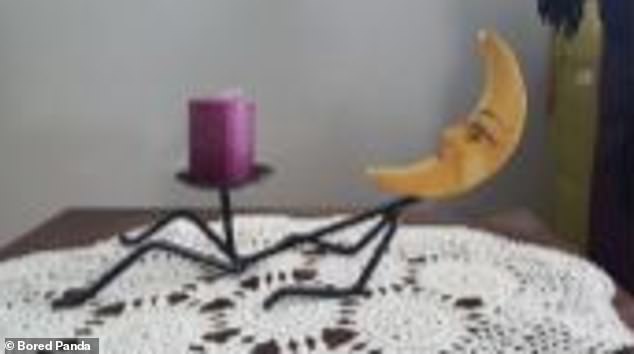 Lightening it up! This cheeky candle holder is certainly one way to liven up your living room – though it may not be to everyone’s taste 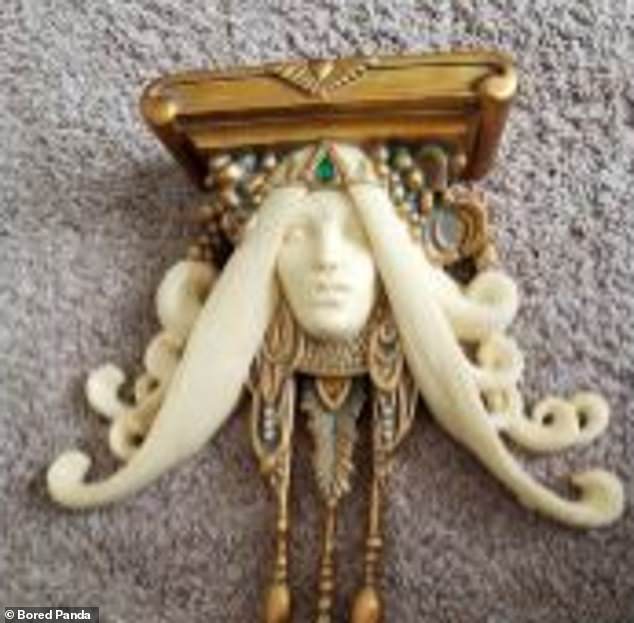 Standing tall? This shelf caught the owner’s eye after she declared she looked like the woman 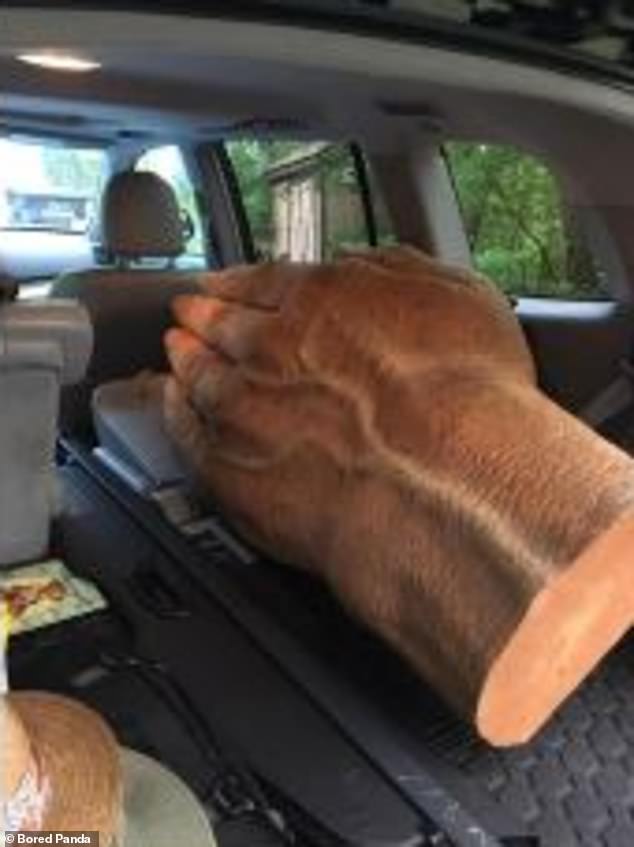 Now that’s huge! This ginormous hand made one mother’s child cry non-stop – but it didn’t stop her from buying the wonderfully weird item from her local charity store 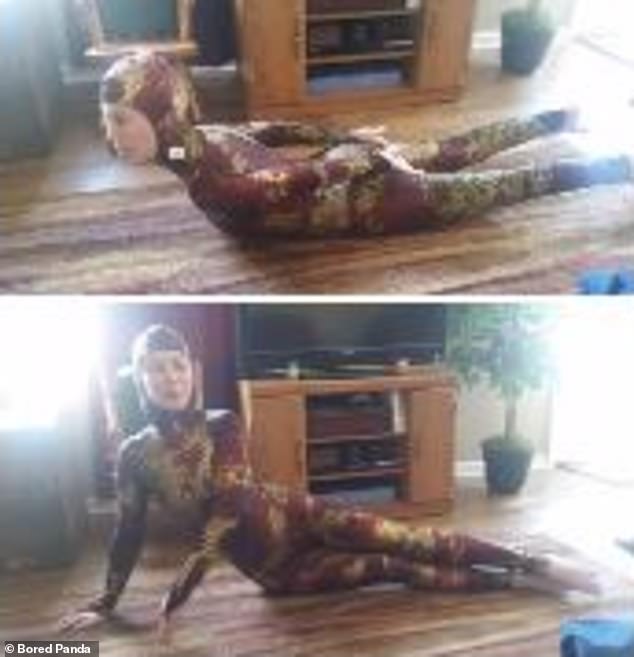 Seriously smooth: This secondhand snake costume ensured the student wearing it, believed to be from the US, received extra points in her biology lesson