A burnout hoon has been captured falling from his motorcycle in hilarious video footage.

Filmed from a passing vehicle in Warwick, Queensland, the video showed what can go wrong when attempting to perform burnouts.

The footage begins with the mischievous motorcyclist engulfed by a smokescreen. 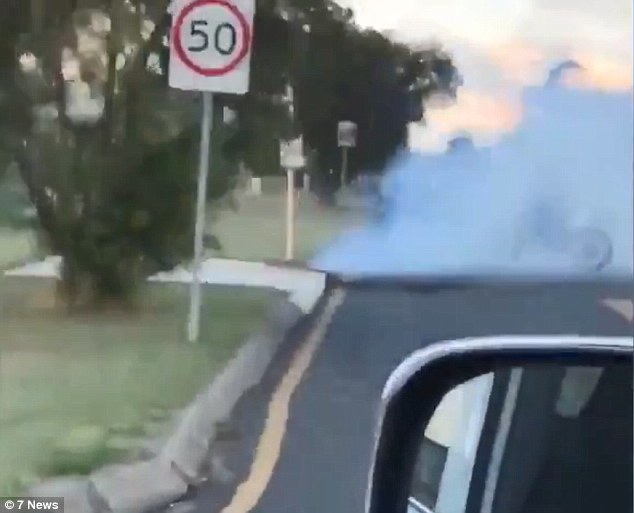 Filmed from a passing vehicle in Queensland, the footage begins with the mischievous motorcyclist engulfed by a smokescreen (pictured)

The bike roared while the hoon spun around before he embarrassingly plummeted to the ground.

His blue motorcycle toppled on top of him.

Police are investigating the incident, according to Seven News.

The video was shared to Facebook, prompting social media users to chime in on the hilarious fail.

‘Think the humiliation is punishment enough. Oh and the bike repairs,’ one person commented.

The QLD government has repeatedly strengthened their ‘anti-hooning laws’ to crack down on offending.

Hooning in QLD refers to any anti-social behaviour conducted in a motor vehicle such as speeding, street racing, burnouts and playing loud music from a car stereo.

There are varying penalties for hooning with the more serious offences – such as careless driving without attention or street racing – carrying a maximum fine of 40 penalty units ($5222) or six months in jail. 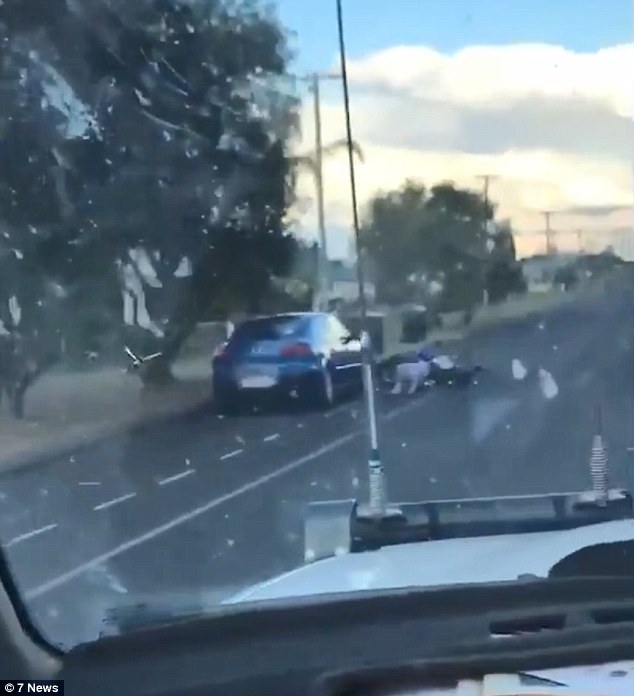 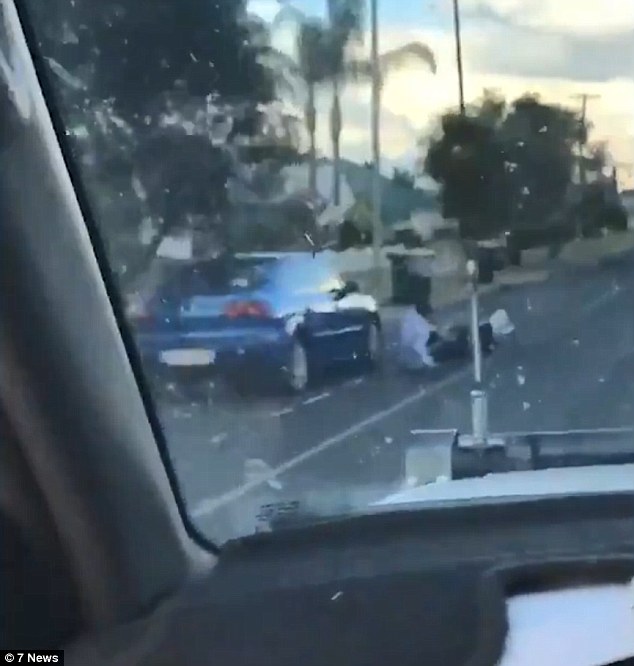 The hoon was left sitting on the cement in confusion (pictured)