By Rebecca Taylor For Mailonline

These cuddly kittens could be ready to start a fluffy dance troupe as they move in sync when they are captivated by a toy.

Semenov Alexey Vyacheslavovich, a professional cat breeder, filmed her group of adorable ginger kittens as they follow a feathery toy in back and forth.

The group of five kittens, named Mashka, Cache, Button, King and Richard, are just two and a half months old. 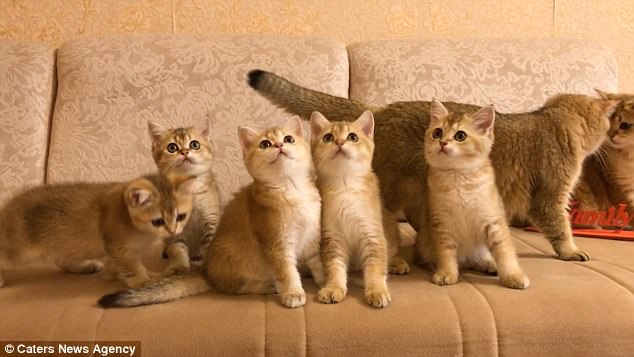 She filmed as they moved in unison, watching their toy dart from side to side as she dangled it in front of them

They move their heads at the same time as they try to keep an eye on their toy.

Semenov said: ‘It is very cute how they all sync together to follow the feather and try and grab it at the same time.

‘We love them and they love us, we are always playing with them.

‘They are fascinated by the stick, they spend ages trying to get it and staring at it.’ 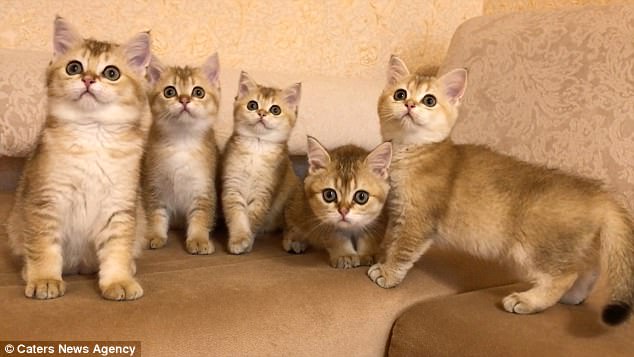 The five kittens are named Mashka, Cache, Button, King and Richard and are just two and a half months old