Running scared: Hilarious moment Indy the cat discovers his owner’s treadmill and cautiously tries to use it

Most cats seem to have enjoyed lazing about the house during the lockdown period with little change to their day-to-day lives.

But one cat from Turkey enough was enough, as he tried to get some indoor exercise by using his owner’s new treadmill.

One-year-old Indy the cat was filmed discovering how to use the running trainer in a hilarious video released last week.

He tried to walk along the running machine with little success, while his owner laughed away in the background. 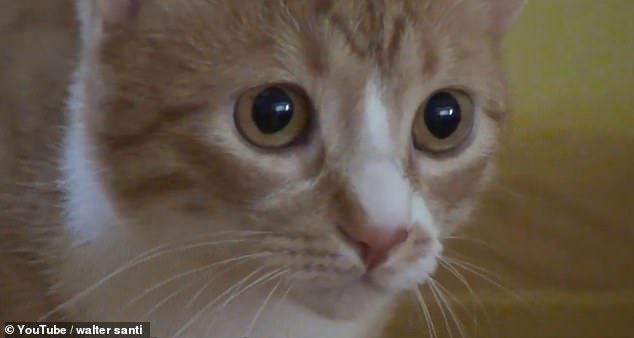 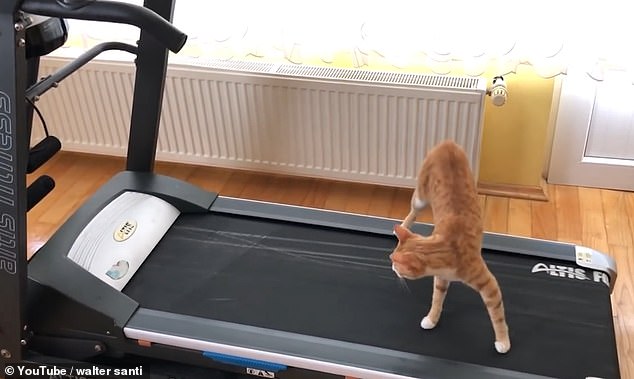 Indy tentatively assesses the machine, first placing his front two paws on the belt as it begins to move

Indy first notices the new treadmill as he comes down the stairs with wide eyes and he gives the machine a thorough look-over, crawling underneath it.

He then tries to start using it as the belt begins to roll, approaching from the side and trying to walk with just his front two legs at first.

The cat looks to have got the hang of walking with all four legs before he stops and rolls off the machine, while his owner laughs.

Indy finally learns how to walk on the machine after his owner attaches a strip of paper holding a ping pong ball at the end of the machine for him to chase. 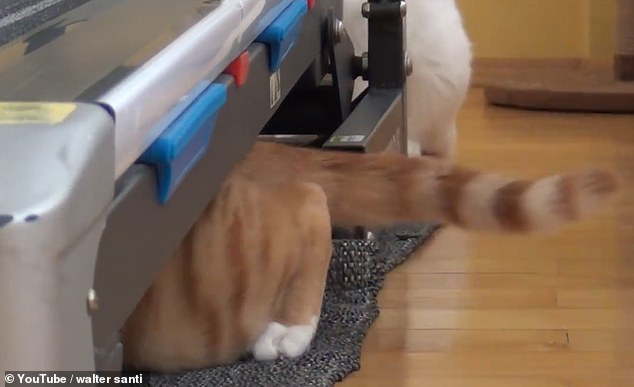 Indy gives the machine a thorough looking over before he tries to use it, investigating underneath the treadmill as Santi, the other cat in the household, looks on 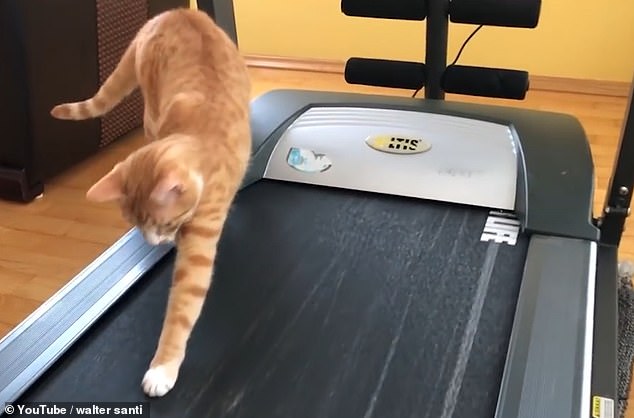 The cat attempt to walk on the machine the wrong way with little success, falling off a number of times 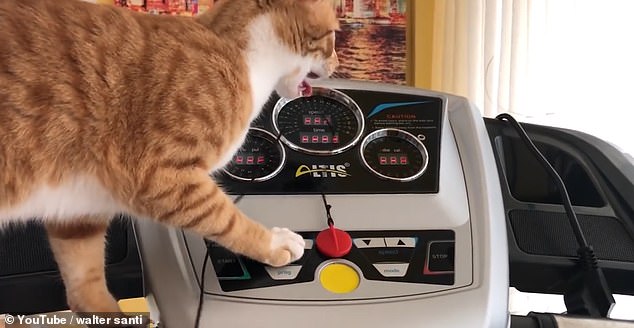 He later climbs up to the top of the machine, playing with string attached to the emergency stop device 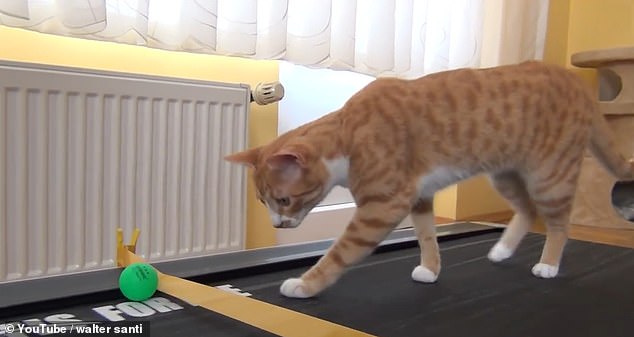 Indy finally gets the hang of walking on the treadmill when his owner, YouTuber Walter Santi, attaches a ribbon across the belt holding a ping pong ball for him to chase

YouTuber Walter Santi, whose cannel is named after her dog Walter , seven, and cat Santi, eight, said: ‘This is the funny reaction of my cat Indy to a treadmill.

‘He was a little scared at first but then he quickly learned how to walk on it.’

Indy and Santi live inside while Walter lives in her garden in northwest Turkey and her father also owns nine outdoor cats.