One California man got so worked up about someone blocking his driveway that he forgot to keep his pants up.

A hilarious video filmed earlier this month shows a resident of San Jose waiting in front of his house as a woman temporarily blocked his driveway while dropping her children off at a local school.

When the woman hurried back to her car, the man was waiting to confront her.

As she sat down in the driver’s side seat, the man emerged from his driveway and approached her.

A San Jose, California, man confronted a woman who temporarily parked her car in front of his driveway while she dropped off her kids at school 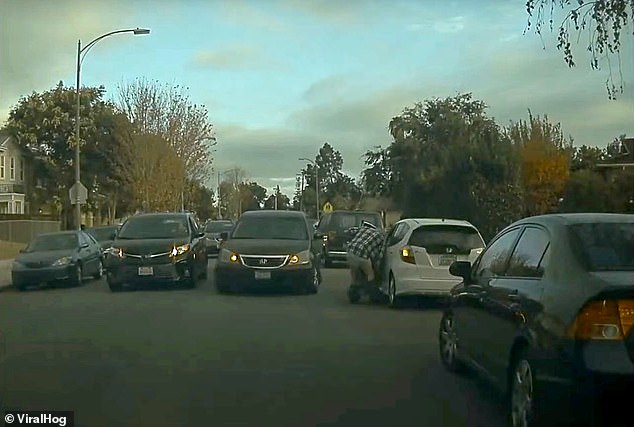 As the man confronted the woman on the driver’s side of her car, his pants fell to his ankles

As he opened the driver’s side door to express his displeasure, his pants suddenly fell to his ankles.

He quickly picked them back up and started arguing with the mother.