Sprinting to satisfy his sweet tooth! Texas dad shares hilarious videos of his young son running into the kitchen every time he hears the CANDY JAR being opened

By Shirley Donlon For Dailymail.com

A hilarious video compilation has captured footage of a little boy running to the kitchen in his house when he heard the candy jar being opened.

The video, shared on YouTube, shows several different videos of a young boy named Jace, from Houston, Texas, running from another room into his kitchen at the sound of the glass candy jar opening.

Some clips in the compilation show the toddler running into the room, while one hilarious snippet shows Jace eagerly hopping toward the candy jar on both his feet.

Hilarious! A video compilation has captured hilarious footage of a little boy running to the kitchen in his house when he heard the candy jar being opened by his parents 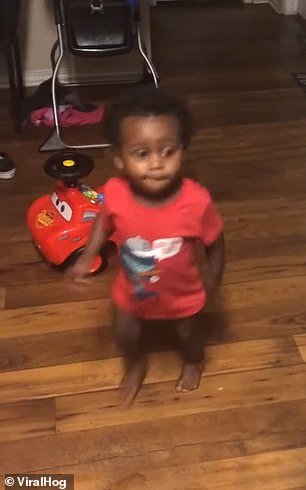 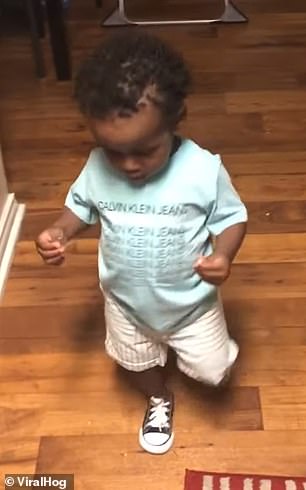 Adorable: The little boy, whose name is Jace, is seen in several different clips running from another room into the kitchen when he hears the sound of the candy jar opening

The hilarious video began with a clip that shows the hand, of what appeared to be one of Jace’s parents, removing the lid of a glass candy jar in the kitchen.

They then placed the lid of the jar back onto the container, making sure to make enough noise so that the toddler, who was in another room, heard it. 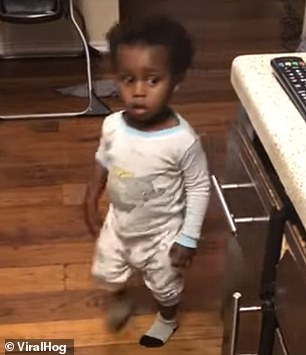 Curious: The adorable toddler, who lives in Houston, Texas, has a curious expression on his face each time he runs into the kitchen

After just a few seconds, the adorable little boy came strolling from the other room into the kitchen.

When he entered the room, his eyes immediately fell on the glass candy jar.

The toddler then raised his arm, signalling that he wanted some candy from the jar.

Similarly a second clip showed the cute toddler running into the kitchen quickly after hearing the noise of the jar opening.

Before entering the room, he seemed to have decided to drop a toy that he was playing with in favor of seeing if he could get some candy.

One he arrived at the kitchen counter top that held the jar, he walked over toward his parent and pointed to the jar.

Meanwhile, he was heard mumbling, as he tried to show his parent that he wanted some candy. 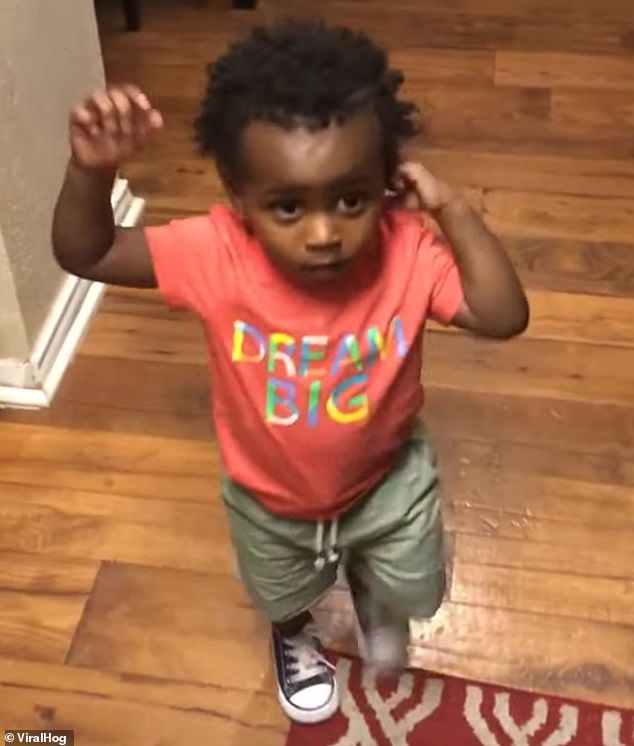 Excited: Every time the child ran into the kitchen his eyes immediately fell on the candy jar, which was sitting on a counter top in the room 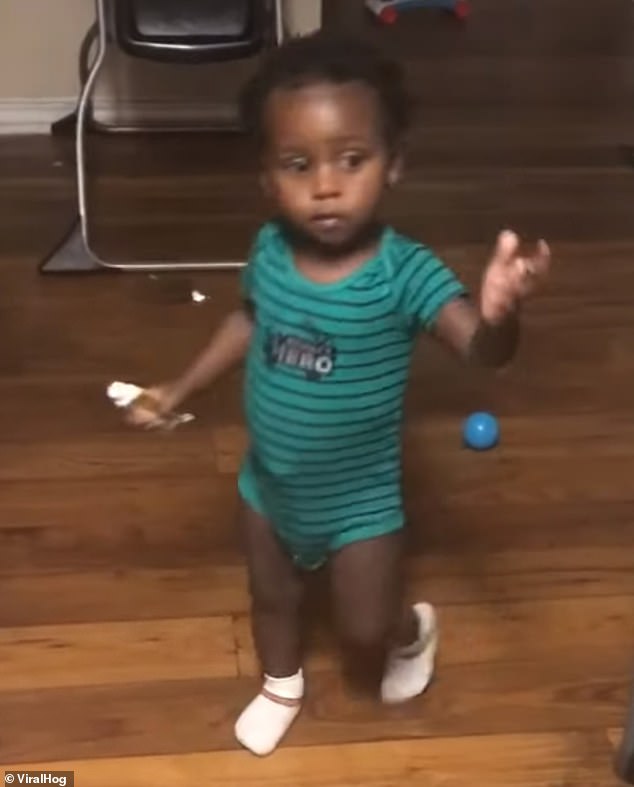 Eager: Speaking about the funny video, one of Jace’s parents said they regularly use the trick to catch Jace’s attention, as they said: ‘This is how I get him to come to me quickly’

The third clip in the video also show Jace running into the kitchen from another room when he heard the candy jar being opened.

Meanwhile, the final clip in the compilation showed him energetically hopping into the kitchen after hearing the jar being opened.

Jace’s parent, who undoubtedly finds the pattern hilarious, was heard laughing in the background of the clip.

Speaking about the funny video, one of Jace’s parents said: ‘The little boy in the video is my son, Jace.

‘He runs to the kitchen every time he hears the candy jar open and close.

‘This is how I get him to come to me quickly,’ they added.

Since the video was shared, it has garnered over 400 views. Similarly, it has received several comments from users who found the situation hilarious.

One person commented on the video, saying: ‘Aww his little footsteps,’ while others simply left a love-heart emoji in the comment section of the video.