Hillary Clinton has weighed in on the latest White House controversies, blasting President Donald Trump over his meeting with Russian leader Vladimir Putin.

Clinton spoke on Saturday evening at OZY Fest in New York’s Central Park, where the digital magazine’s investor Laurene Powell Jobs quizzed her for her take on current events and trends.

‘What does all this mean? It’s fair to say that it means that this was a very wrong, and unfortunately successful, cyber attack on our electoral system,’ the former Democrat presidential candidate replied.

Clinton spoke on Saturday evening at OZY Fest in New York’s Central Park, where she was interviewed by the digital magazine’s investor Laurene Powell Jobs (right) 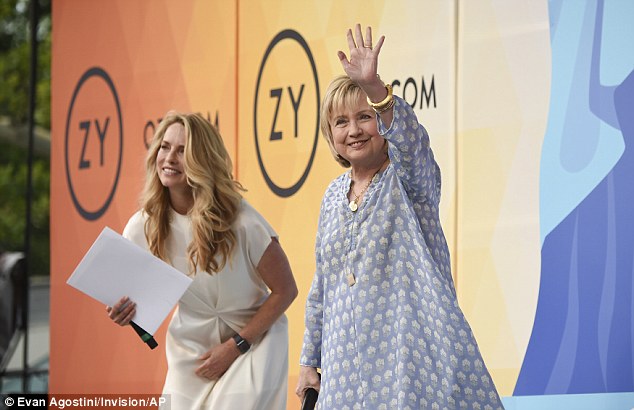 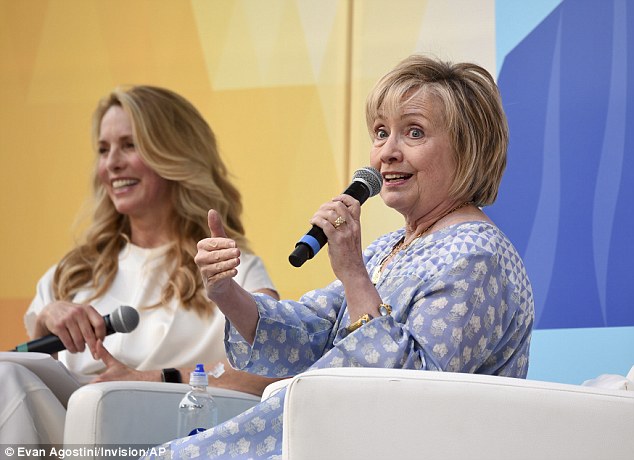 Clinton also addressed Trump’s recent meeting with Putin in Helsinki, which drew controversy when Trump at first cast doubt on whether Russia had meddled in the election before walking back his remarks.

‘The great mystery is why the president has not spoken up for our country,’ Clinton said. ‘We saw that most clearly in this most recent meeting with Putin. We don’t know what was said in the room with just the two of them.’

‘This idea that we are somehow not sure where our own president stands is deeply disturbing. The best way to deal with that? Is to vote in November,’ Clinton continued.

Clinton also implied that Trump was a patsy getting played by Putin. ‘I don’t think there is any doubt that Vladimir Putin has a very clear strategy,’ she said. ‘As a former KGB spy, he is quite adept at reading people and knowing how to manipulate them.’

For his part, Trump said on Friday that Barack Obama, under whom Clinton served as secretary of state, was the true ‘patsy’ in Russian relations.

‘Look at all the things that I have done. Nobody else did what I have done,’ Trump told CNBC. ‘Obama didn’t do it. Obama was a patsy for Russia. He was a total patsy.’ 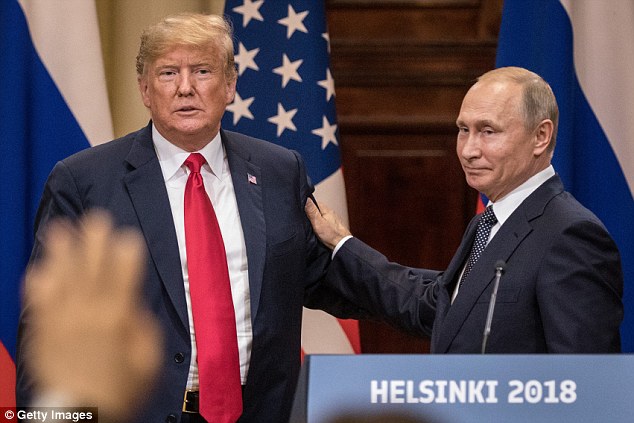 For his part, Trump said on Friday that Barack Obama, under whom Clinton served as secretary of state, was the true ‘patsy’ in Russian relations 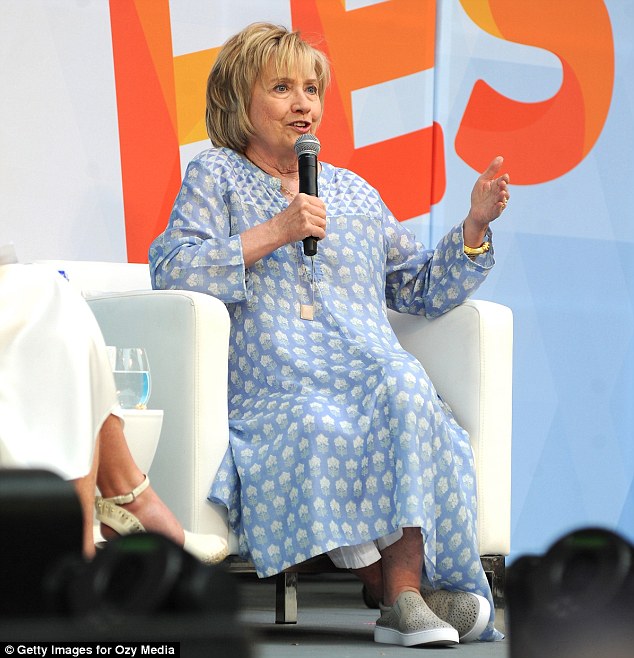 ‘The great mystery is why the president has not spoken up for our country,’ Clinton said 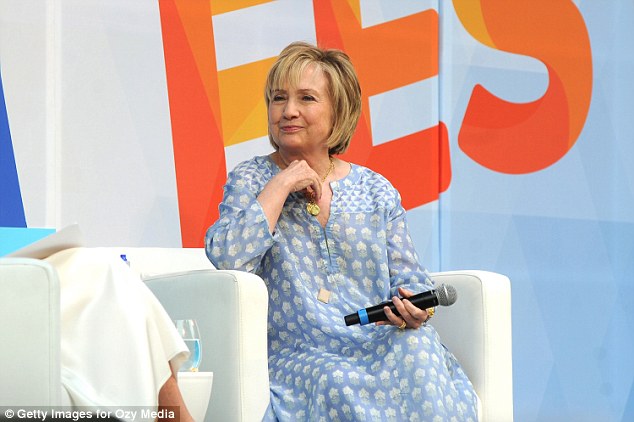 At the festival, Clinton admitted that she didn’t get along with Putin when she was secretary of state. ‘To be fair, hardly anyone who believes in freedom gets along with him because he is always trying to intimidate and dominate and direct how people and nations behave,’ she said.

Asked about the possibility of the US alienating its allies under Trump, Clinton said: ‘Pretty soon we become less relevant.’

‘Even assuming there is some coherent strategy in all of this that I don’t see. You would hope that it would be a strategy that would include greater American involvement in the world,’ Clinton said.

The former candidate proposed that the US should teach the rest of the world to embrace diversity.

‘We should be a model for how a big, diverse, pluralistic society thrives together. Our diversity is one of our strongest assets in the 21st century. And change is always hard. I understand that.’ 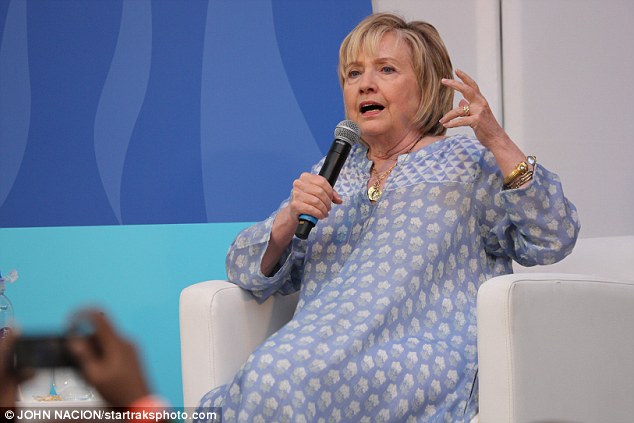 Clinton also proposed that the US ‘should be a model for how a big, diverse, pluralistic society thrives together’ 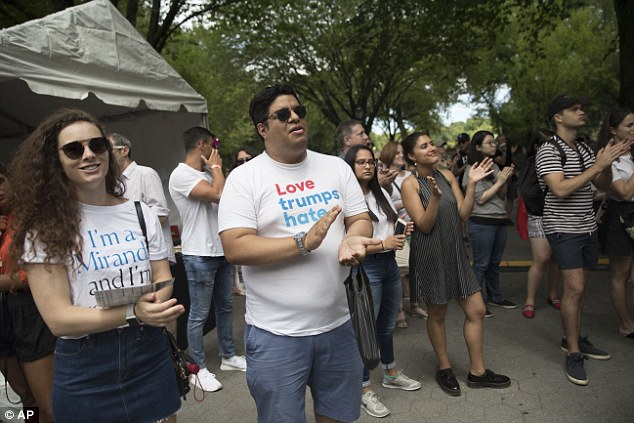 ‘For those of us who want to turn the clock back on that and say somehow that has hurt America, they just are not walking around with their eyes open, they are living in a very narrow understanding of what has already made us great.’

‘The potential replacement of Justice Kennedy is so consequential for those human rights, for women’s rights, for LGBT rights,’ she said.

The annual festival, hosted by the digital magazine OZY, is now in its third year.