Hillary Clinton said Tuesday that if she were president she would read her intelligence briefs about coronavirus, alluding that she would have likely stopped the threat from hitting the U.S.

‘I would have read my damn briefs, Barbra, that’s for sure,’ Clinton trolled on Twitter when singer and Broadway star Barbra Streisand asked how a President Hillary Clinton would have handled coronavirus.

‘Can you imagine how President Hillary Clinton – a Woman with a powerful mind – would have handled this pandemic?’ Streisand posed on in a tweet Monday evening. ‘Being a mother and grandmother, she would’ve instinctively taken care of the public health of the people of the United States.’

‘She wouldn’t have ignored the pandemic plans, cut the CDC and defunded the World Health Organization,’ she continued in the three-part Twitter thread.

Streisand added in mocking Trump: ‘Such a pity that this man who wasn’t elected by a majority of the people holds our lives in his very small hands.’

Hillary Clinton asserted Tuesday that if she were president, she would have read her ‘damn briefs’ on coronavirus – trolling reports that Donald Trump was briefed on the threat before it spread across the country 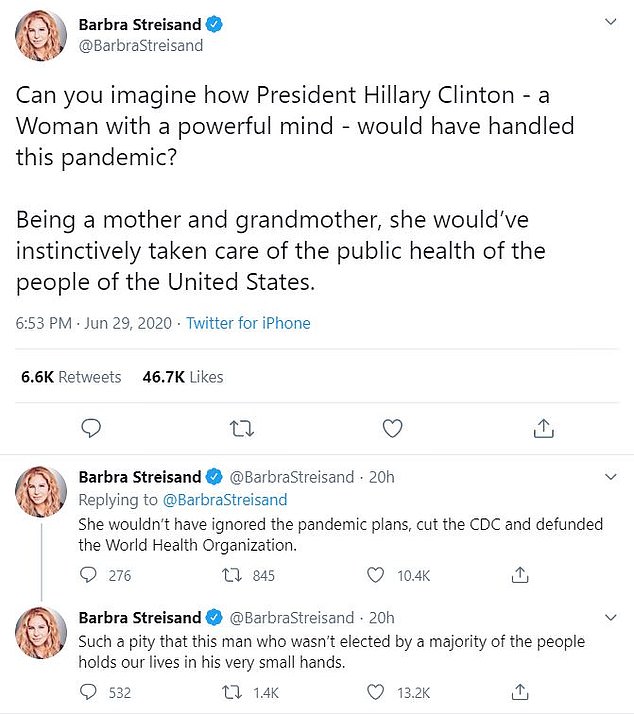 Clinton was responding to a tweet from Barbra Streisand, who claimed if Clinton were president, she ‘wouldn’t have ignored the pandemic plans’ 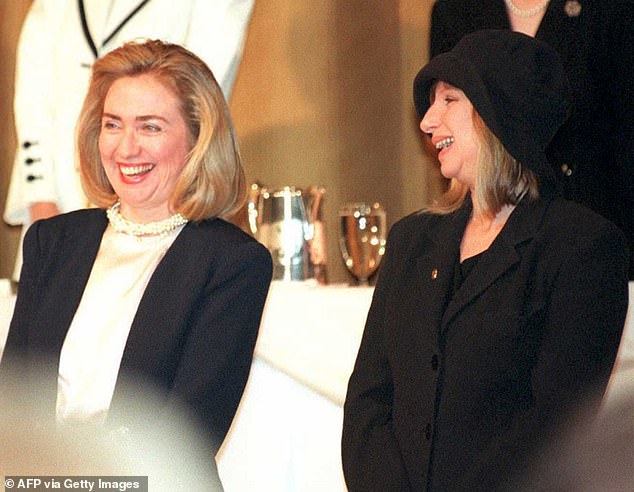 1994: Streisand (center) claimed if Clinton (left) were president, she ‘wouldn’t have ignored the pandemic plans’ 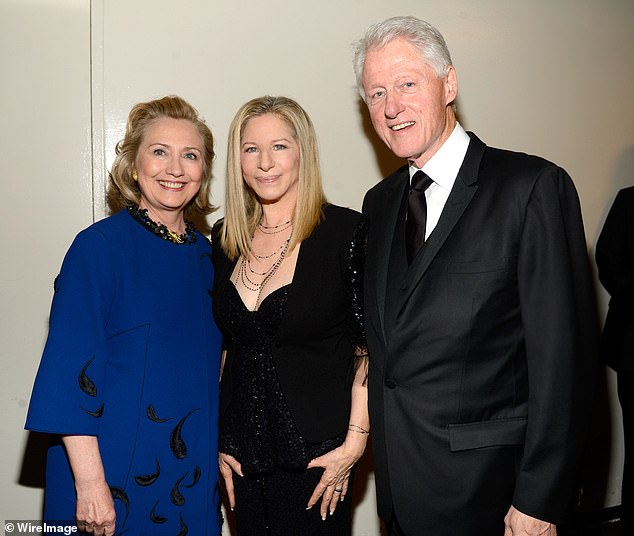 The actress, singer and Broadway Star is a major Trump critic who is close with the Clinton’s (pictured here in 1995)

Trump has repeatedly downplayed the coronavirus threat and set timelines for when he felt the threat would subside, with the original timeline being before Easter.

Several reports also indicate that the president received two intelligence briefings on the fast-spreading virus in January – before it began spreading swiftly across the country.

Trump confirmed that his intelligence community did not tell him about the threat until later in January, and insisted ‘they only spoke of it in a very non-threatening, or matter of fact, manner.’

Critics claim the president should have done something about quelling the threat around that time, before the extent of the virus was known.

Clinton told the Los Angeles Times in an interview published Tuesday morning that Trump exacerbated the pandemic because she claimed he had to make it ‘all about him.’

‘What has been so surprising to me is how he can barely make an effort to rise to the occasion,’ the failed 2016 Democratic presidential candidate said when asked about how she was feeling the day of Trump’s inauguration.

‘I truly don’t think he can get out of his own way,’ Clinton said. ‘Everything has to be all about him.’

‘If it’s about a terrible pandemic with an unprecedented virus, he tries to ignore it, tries to keep the attention on himself. Then when it becomes impossible to do that, he tries to seize the moment and turn it into a daily rally, like he loves to do,’ she said. 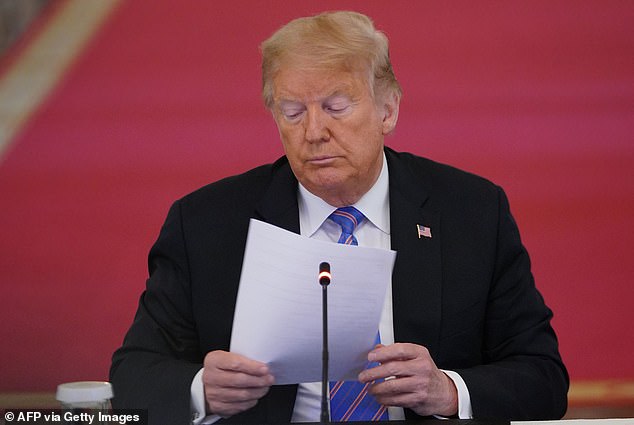 Trump admitted his intelligence community did brief him on the coronavirus threat in late January, but asserts ‘they only spoke of it in a very non-threatening, or matter of fact, manner’

Five months after that briefing, and more than 2.5 million people have contracted the virus in the U.S.

‘And then when it becomes impossible to ignore,’ the former secretary of State continued, ‘he tries to change the subject; he tries to withdraw from the spotlight so he can come up with some other diversion and distraction for the body politic and the press.’

The White House Coronavirus Task Force, headed by Vice President Mike Pence, began holding weekly briefings, many times with the president, to update the country on the status of coronavirus.

Trump often would turn them into hour-long events where he would speak on a variety of subjects, not just COVID-19, its economic fallout and the nationwide shutdown.

Five months after Trump was briefed about coronavirus more than 2.5 million Americans have tested positive for the disease and more than 125,000 have died.