Hillary defends marriage to Bill on The View

Hillary Clinton stood up for her decision to stick with Bill Clinton, even after his public indiscretions, explaining her thinking Wednesday to the women on The View.

‘People will say, “they have an arrangement,”‘ Clinton told the co-hosts of the gossip often whispered about her relationship with the ex-president. ‘Yeah, it’s called a marriage,’ she shot back, being awarded with laughs.

The former Democratic nominee writes a good bit about her life with Bill in What Happened, the book she’s currently promoting, and laid out the same case for staying together for 41 years this morning on TV.

‘There have been a lot more happy days than sad or angry days and I am very proud and grateful that I am married to my best friend, that he has been my biggest source of encouragement and support over all the years,’ Clinton said. ‘Many more than some of you have been alive, that we’ve been together.’ 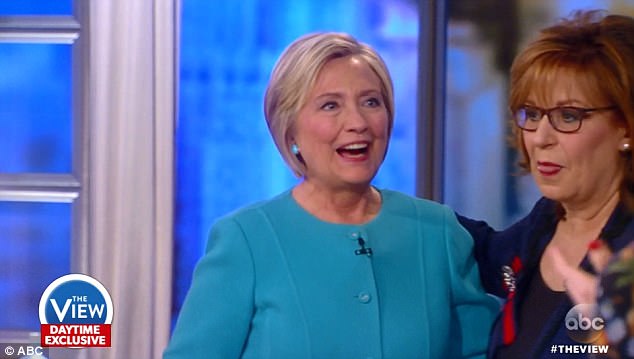 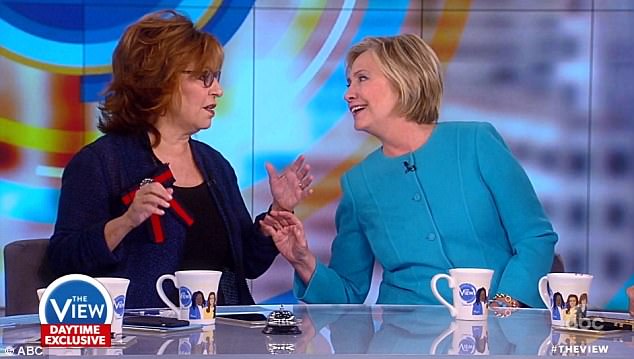 Co-host Sunny Hostin had pointed out how people have criticized Hillary Clinton for staying in her marriage, suggesting that it’s one of ‘political convenience,’ instead of touting it as a ‘family value.’

‘Basically I say, look, I hear that,’ Clinton answered, though also confronted the idea of ‘family values,’ a term the conservative right has often used to strengthen anti-LGBT and anti-abortion policies.

‘It is important for people to recognize also that this whole idea, as you started out saying, of family values, can be used as such a sword to hurt people,’ Clinton said.

‘And oftentimes nobody really knows what is the fact,’ she continued. ‘And I think it’s the time that we really try to support people in their decisions and give them more understanding and compassion.’

‘And to mind their own business,’ Clinton said, repeating one of the other co-hosts. 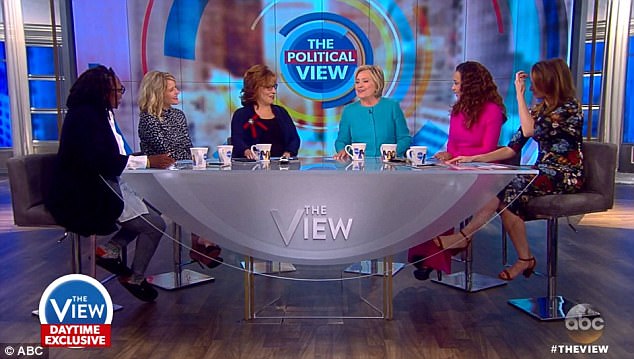 Clinton has engaged in a media blitz this week, coinciding with her new book’s release, and will begin an official ticketed book tour, dubbed ‘Hillary Clinton Live’ early next week.

On The View she covered a variety of subjects that all were pegged to the 2016 election, which she shockingly lost to President Donald Trump.