A Colombian drug lord who helped create the infamous Medellin cartel along with Pablo Escobar has been extradited to Germany after serving 30 years in a prison in America.

Carlos Lehder Rivas, who was among the clan of traffickers who helped smuggle cocaine from Colombia to the U.S. in the 1970s and 1980s, landed in Frankfurt on Tuesday morning before he was handed over to the German authorities.

The 70-year-old, who was assisted by two U.S Marshalls, was flown over on a scheduled flight from New York and entered the country with a temporary German passport, Spiegel Online reports.

Lehder, who has both German and Colombian citizenship, was sentenced by a U.S. court to 134 years in prison in 1987 but later cooperated with the authorities and was put in a witness protection programme.

Carlos Lehder Rivas (pictured following his extradition to the U.S in 1987), 70, who was among the clan of traffickers who helped smuggle cocaine from Colombia to the U.S. in the 1970s and 1980s, has been extradited to Germany 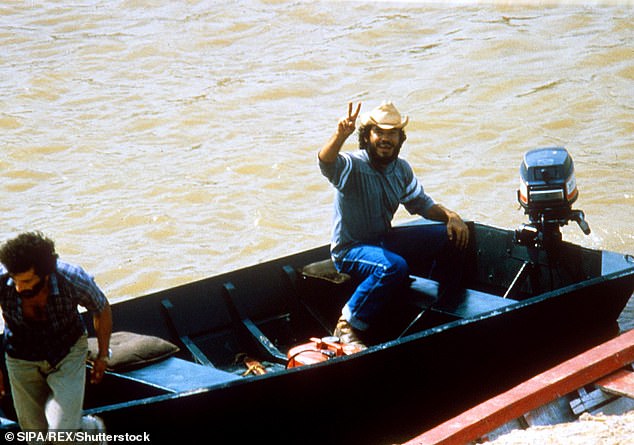 Lehder, who has both German and Colombian citizenship, was handed over to the German authorities on Tuesday

As he has already served his time in America, he will not be asked to answer again to the same charges before a German court.

Spiegel reported that Lehder, who is known as being an admirer of Adolf Hitler according to El Espectador, would be placed under the care of a charitable group in Germany.

Lehder was born to a German father and Colombian mother in Armenia, Colombia, in 1949, spent most of his childhood in the South American country before moving to New York at the age of 15 after his parents separated, Colombian newspaper El Espectador reported in 2012.

After his move to the U.S., Lehder became involved in petty crime and was sent to federal prison in Danbury, Connecticut, after he was caught for car theft in 1973.

George Jung, Lehder’s cell mate at the time, previously told PBS that he and the drug smuggler formed a bond during their time in prison and Lehder would often tell him about his plans to smuggle cocaine into the country. 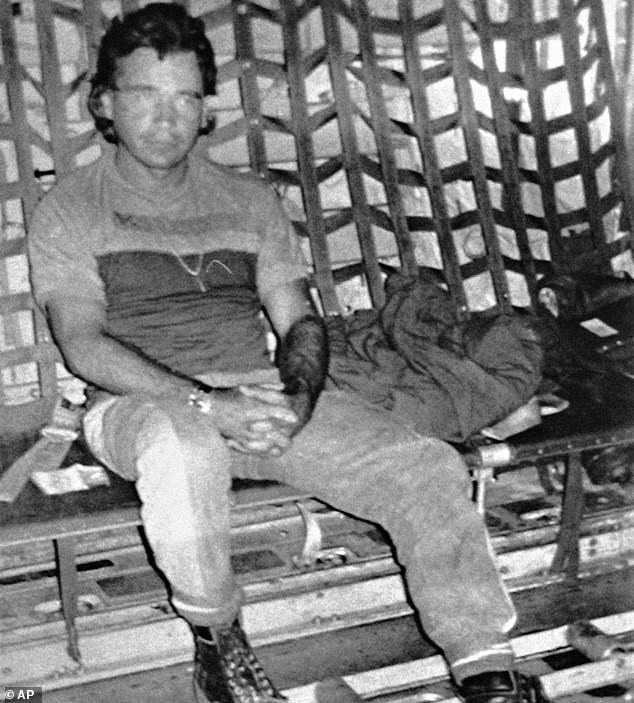 The drug smuggler is pictured on a military plane following his arrest and extradition to the U.S. in 1987 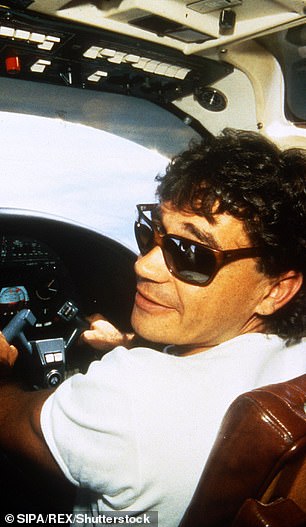 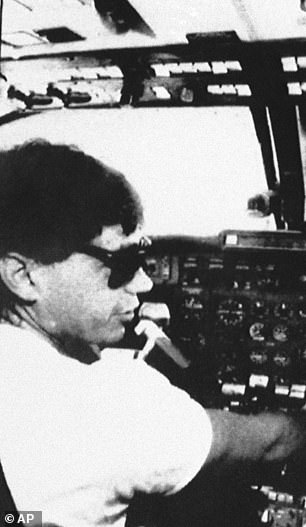 Lehder (left and right aboard his own plane in 1979), who is now 70, was assisted by two U.S Marshalls and entered the country with a temporary German passport 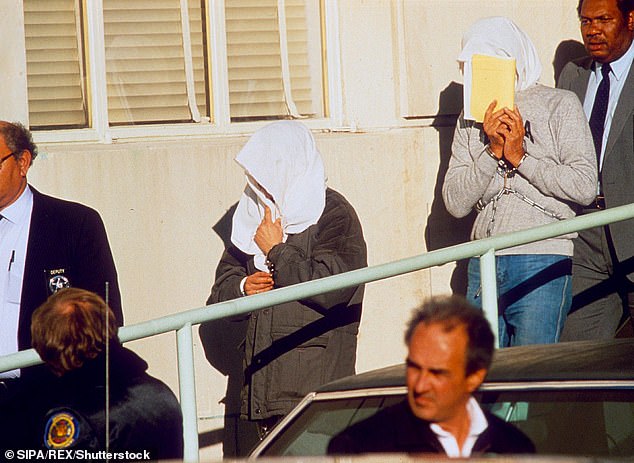 Following their brief stint in prison, Lehder and Jung formed an alliance and set up a drug trafficking operation that smuggled cocaine from Colombia to the U.S.

However as their business bloomed, Lehder forced Jung out of their operation and later retreated to Colombia after the DEA raided his oceanfront home in Norman’s Cay in 1980.

While in Colombia, Lehder became a member of the Medellin cartel and Escobar’s operations.

Speaking about Lehder’s character, Jung told High Times: ‘He wasn’t crazy… he had delusions, though. He loved John Lennon and Adolf Hitler at the same time. That should have been a sign for me.’

Along with Escobar, Lehder, who became known as ‘Crazy Charly’, ran the Medellin cartel that smuggled cocaine worth billions on the streets to the United States in the 1970s and 80s.

In a dramatic twist, Escobar tipped off authorities to Lehder’s whereabouts, leading to his arrest and extradition to the United States in 1987.

Escobar was killed by Colombian police in 1993 while on the run to avoid extradition to the United States.

Lehder is now reported to be seriously ill and his extradition to Germany is believed to be his last trip.