The world’s deadliest hitman, who has killed more than 500 victims, has shed light on his blood drenched career as a professional killer.

Contract assassin Julio Santana, now 64, who stopped counting the number of people he had killed at 492, has taken the lives of political targets, gold miners and cheating spouses.

Santana’s dark and dangerous career, which was recently transformed into the book ‘The Name of Death’ by the award-winning Brazilian reporter Klester Cavalcanti, takes a look at the hitman’s murky path.

Speaking to The New York Post, Santana, who has since given up his job, described how he would keep meticulous notes of each kill he had made alongside information on who had hired him and how much he had been paid for carrying out the dark acts.

Contract assassin Julio Santana, now 64, who has killed more than 500 victims, has shed light on his blood drenched career as a professional killer. His life was transformed into the book ‘The Name of Death’ 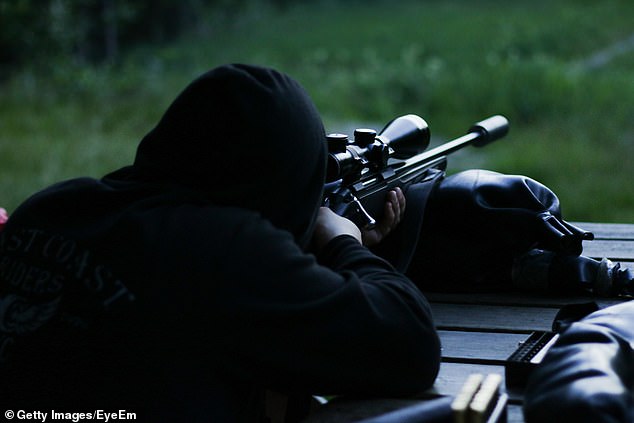 Santana first entered the murky career of contract killing in 1971 when he was just 17-years-old. (Stock image)

He told The Post:’I don’t like to think about it anymore. That part of my life is over.’

He added: ‘I have always believed in God. I believe that God gave me the strength to endure everything I suffered in my life because of that evil job. I know what I did was wrong.’

Santana, who was raised as a devour Christian, first entered the murky career in 1971 when he was just 17-years-old.

Up until that point, Santana, who lived deep in the Amazon rainforest and seemed destined to become a fisherman, had only ever killed forest rodents and monkeys but an invitation from his uncle Cicero, who was a professional hitman, would change the course of his life forever.

Santana’s uncle had been hired to kill local fisherman Antonio Martins, 38, who had allegedly raped a 13-year-old girl in a nearby village, and asked Santana to carry out the dark deed.

While he was reluctant at first and feared he would go to hell for the atrocious act, Santana decided to take on his first assignment and soon became a prolific contract killer. 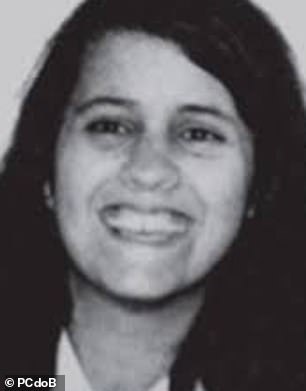 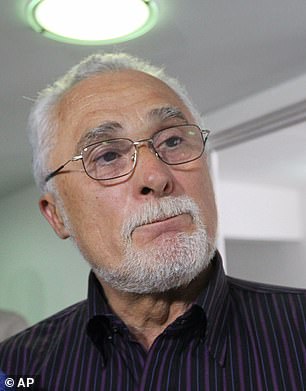 During the 1970s, Santana was ordered to capture the Brazilian politician Jose Genoino (right) and then went on to kill school teacher Maria Lucia Petit (left), 22

Despite vowing to never kill anyone again after his first assignment, Santana went on to commit hundreds of murders across the country.

He was soon assigned as an assassin for the Brazilian government and from 1967 to 1974 helped in the battle against communist insurgents in the Araguaia River basin.

During the 1970s, he was ordered to capture the Brazilian politician and leftist militant Jose Genoino, who had been one of the guerrilla leaders, before going on to kill school teacher Maria Lucia Petit, 22.

For years Ms Petit’s family were unaware of what had happened to her and it was only after mounting pressure on the Brazilian authorities that it was revealed her body had been buried in secrecy.

In 2006, Santana, at the age of 52, decided to turn his back on the world of contract assassinations and change his life amid continuing pressure from his wife.

The former assassin added that had it not been for the support of his wife he would not have overcome his dark past.

He added: ‘She is the love of my life, the person who has given me strength to overcome everything I have been through. Without her, I would be nothing.’