England’s stars depart for the World Cup, heading for their ‘Pride’ plane to Qatar from St George’s Park, as Harry Kane and Co prepare for kick-off in just six days’ time after a stirring speech from Prince William

By Adam Shergold for MailOnline and James Cohen

England’s World Cup squad heard a rousing speech from Prince William and received encouragement from a large group of young fans as they departed for Qatar.

Gareth Southgate’s side left the national team training ground at St George’s Park this morning and headed out onto the team coach, where a huge group of supporters were waiting to cheer them on.

Addressing the players, Prince William said: ‘What you and Gareth have built here is something special, that’s clear to see.

‘I’m really here to point out the rest of the country is behind you, we’re all rooting for you. Enjoy it.’

The England squad looked in good spirits as they boarded the coach and prepared to fly to Qatar ahead of their World Cup opener against Iran in six days time.

They will arrive in Doha on a Gay Pride jet – a ‘Rain Bow’ Virgin Atlantic A350 Airbus – in a show of defiance over the host nation amid concerns over the treatment of LGBTQ+ people at the tournament. 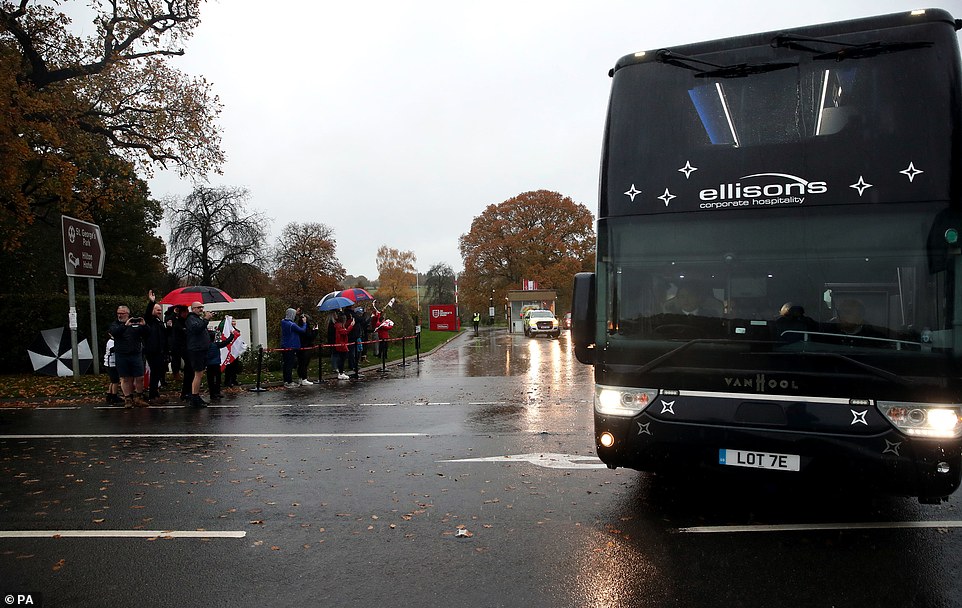 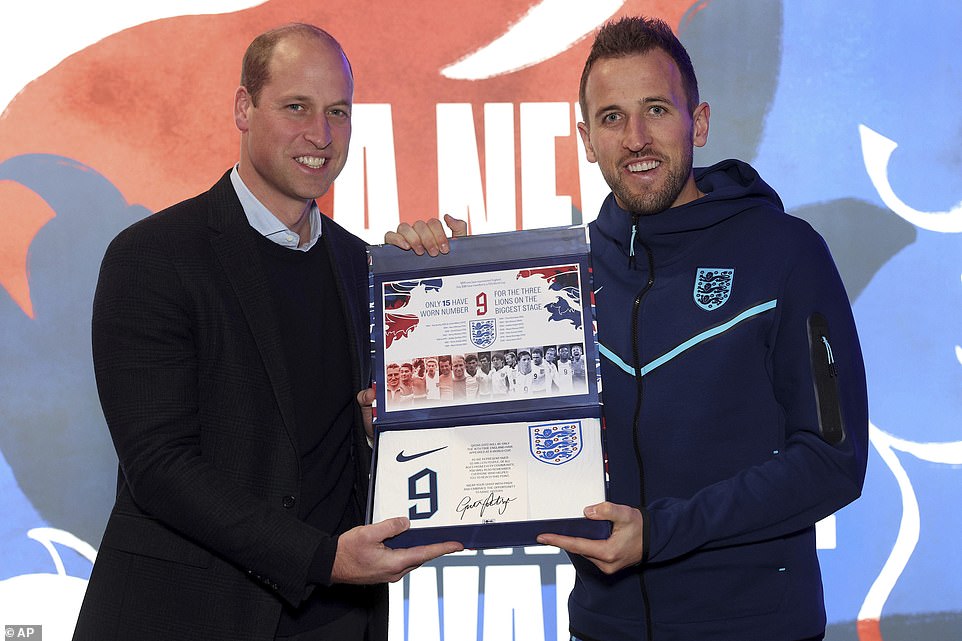 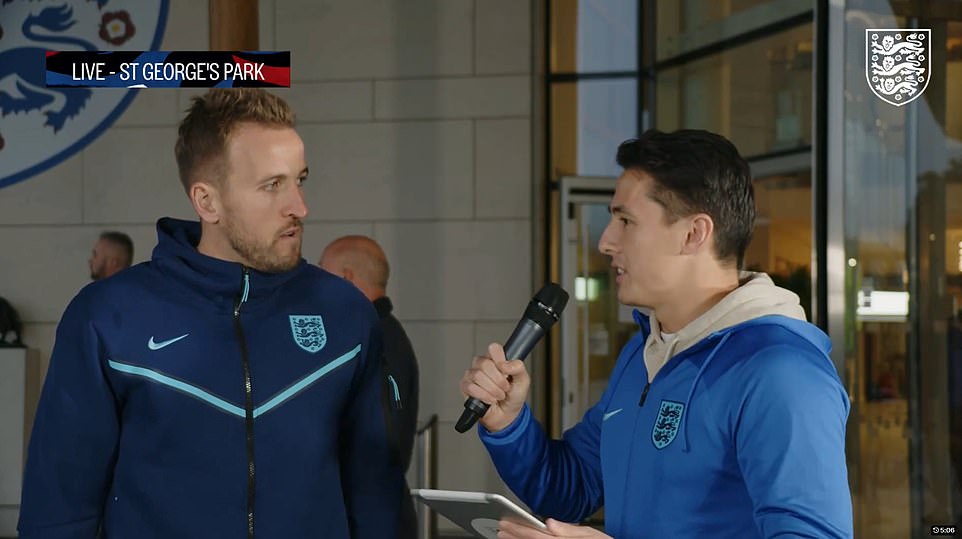 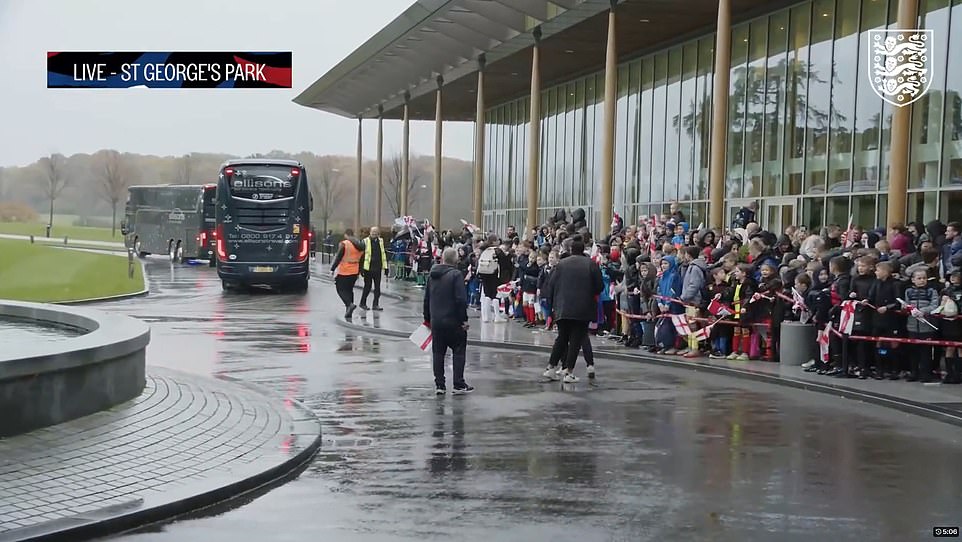 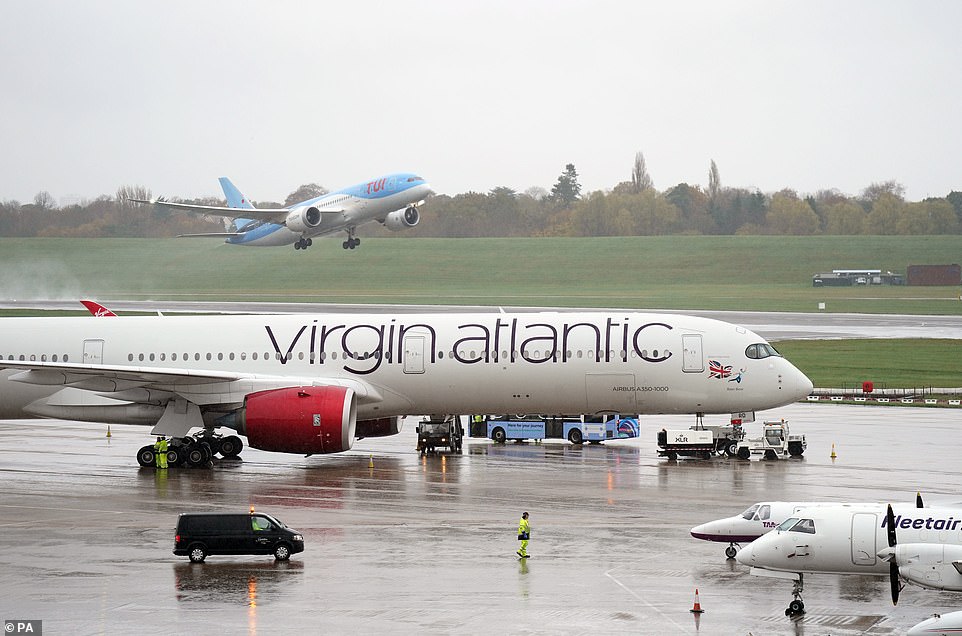 England’s plane to Qatar, called the ‘Rain Bow’ awaits them at Birmingham Airport on Tuesday The aircraft features a picture of Oscar, a cartoon man holding a Union Jack flag while wearing rainbow-coloured trainers, beneath the cabin

‘For most professional players, its the biggest tournament you can play in. I’ve been lucky enough to do one and it was one of the greatest experiences of my life. And I can’t wait to get out this weather and get some sun!’ 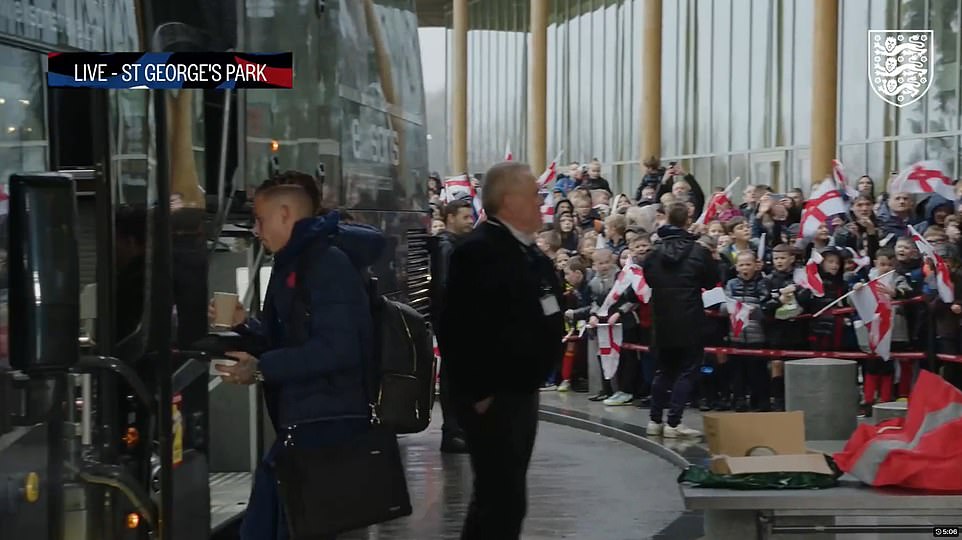 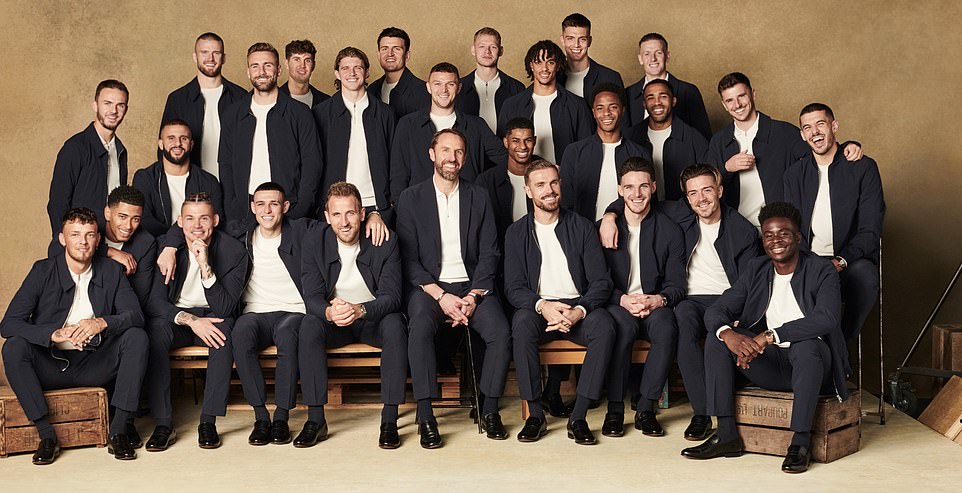 Newcastle striker Callum Wilson also spoke before leaving and reflected on his inclusion in the World Cup squad.

He said: ‘Over the moon. You work hard as a football player to try and get opportunities like this and it’s one that you grasp with both hands.

‘Life’s all about timing. I’ve had three years away. The pinnacle of my career was scoring on my debut for England. It’s a moment I want to add to. Going to a World Cup, there’s great opportunities to go and make history.’