The world famous Hogmanay street party in Edinburgh has been scrapped – as festival chiefs confirm tickets will be pulled from sale and refunds issued.

Event producers Underbelly, which has an £800,000 contract to produce the Hogmanay festival for the city council, said it was ‘clear’ it could not take place.

The 75,000 capacity event has put the city on the international map for new year celebrations since it was first staged in the mid-1990s.

Hogmanay is a world famous celebration of the New Year, but will not happen this December 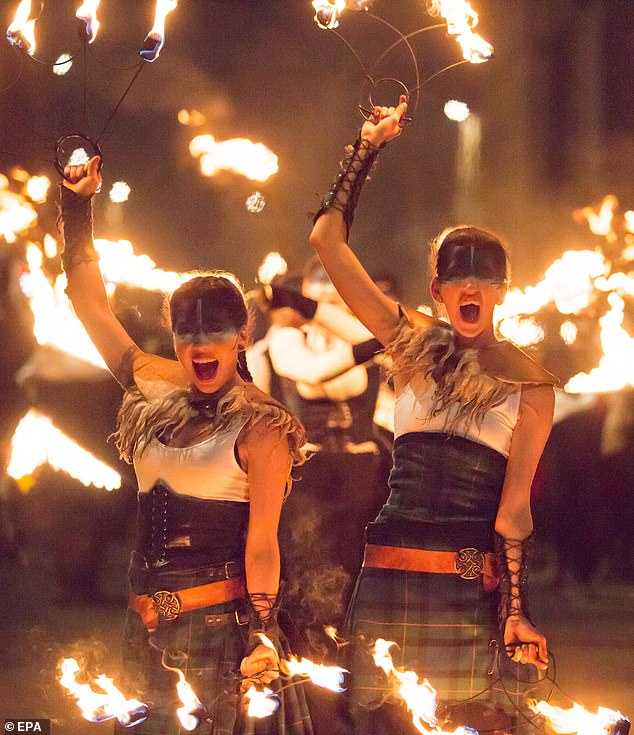 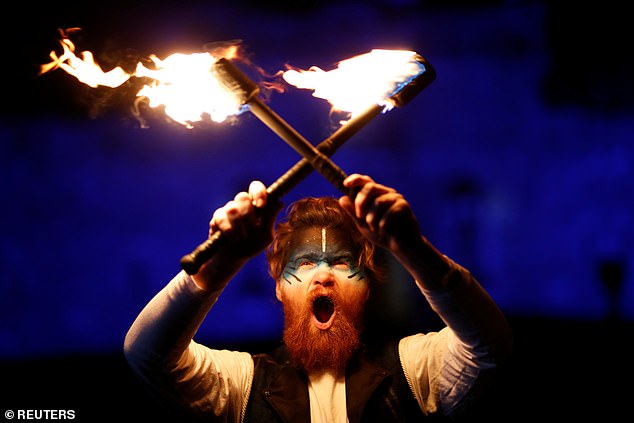 It is the centrepiece of Edinburgh’s three-day Hogmanay festival and the cancellation will be a major blow to the city’s economy after summer events fell victim to coronavirus.

Around a quarter of attendees at the party are said to have travelled from overseas in recent years, with 31 per cent from Scotland and 44 per cent from elsewhere in the UK.

Detailed proposals for a new-look Hogmanay celebration are expected to be revealed next month.

Senior councillors said there will be ‘significant requirements’ for the festivities to meet the latest public health guidelines.

They have insisted the winter events should be spread out more across the city and support businesses which have been affected by the prolonged lockdown period.

A spokeswoman for Underbelly said: “Tickets for Edinburgh’s Hogmanay street party have been on sale since January 1st 2020. 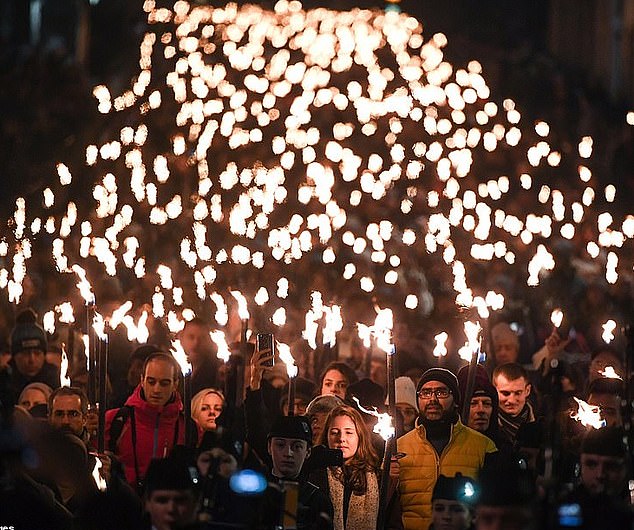 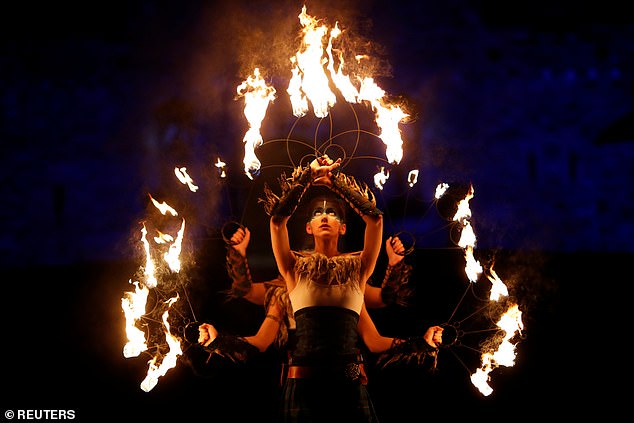 Pyrotechnic displays have become a key part of the three-day party, which has now been axed

“As has been reported, exciting and positive discussions are taking place between City of Edinburgh Council and Underbelly in relation to the Hogmanay programme for 2020.

“However, it is clear to all parties that the famous street party cannot take place in its current form in 2020 and tickets are being taken off sale.

The pandemic has also put pay to the Christmas Market in Bath this year.

The event, which usually involved more than 150 chalets spread over the streets of the historic Somerset city, has been cancelled to prevent the spread of coronavirus. 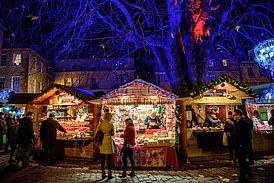 Kathryn Davis, chief executive of Visit Bath, said: ‘It is disappointing that we cannot hold the Christmas Market this year but I hope everyone will understand the reason for this decision and the early notice we are giving.

‘We are pro-actively working with partners across the city to create a Christmas event in Bath that will still support our local economy but in a way that can be adapted as needed and disperses visitors across the city.’

She said the council and other local organisations were working to create a four-week ‘Covid-secure’ programme in the run-up to Christmas, including decorating the city, music and entertainment, cultural events, street stalls and artisan food.

Dine Romero, leader of Bath & North East Somerset Council, said the decision had to be taken in July due to the amount of planning involved.

‘Our message is that Bath is still open; however, Christmas will look a little different this year.’

“Customers who have booked tickets will be contacted in the next 14 days to be offered a full refund.

“An announcement on the 2020-21 Edinburgh’s Hogmanay programme will take place towards the end of August.”

The official report said it could take ‘several years’ for it to fully recover from the pandemic.

Festival organisers said the city’s long-held status, which dates back to the aftermath of the Second World War, could be ‘fatally jeopardised’ without long-term support.

Concerns have emerged weeks after a previous report warned that the loss of the 2020 festivals could lead to 7,000 job losses.

The Edinburgh International Festival (EIF) said bringing ‘the greatest programme of performing arts’ from around the world to Edinburgh is at ‘significant risk’.

It added: “Sustained government support will be needed across the cultural sector if we are to respond while we await the arrival of a proven vaccination.

“We are dependent upon artists, cultural organisations, businesses and freelancers to bring the festival into being, many of whom derive a large share of their annual income from participation in the festival.

“The absence of the festival means these groups will lose a substantial proportion of their income, putting employment and livelihoods at risk.

“As we look towards the running of future festivals, it is essential that this infrastructure is in place to support and make possible these events.

“Without the sustained ability of creative businesses, venues and artists to continue working in cultural production, it is inconceivable that we would be able to continue operating and delivering the festival as it is currently known.

“The existential threat to the cultural scene cannot be underestimated.

“We believe that an in-depth plan and strategy, examining how the cultural sector in Scotland can identify and implement a sustainable business model for the immediate and longer-terms is essential.

“Any scenario in which this infrastructure fails to gain adequate, timely and comprehensive support from governments across the UK could fatally jeopardise our hard-won position as the world’s Festival City and cultural centre.”