Roger Federer had taken his family away to a remote island in the Maldives last November when he was told that there was another tennis player due to arrive.

It turned out to be Marin Cilic, who is now the man standing between him and an incredible 20th Grand Slam title when they meet in Sunday’s final of the Australian Open.

They have been meeting rather a lot, including in the Wimbledon final. It was at SW19 that Cilic was reduced to tears by a blistered foot that hindered him.

A similar issue ushered Federer through to his 30th major final when 21-year-old Korean Hyeon Chung was forced to retire with what was described as a multi- layered blister. The Swiss master was leading 6-1, 5-2.

Given the inexperienced semi-final opposition, Chung and Kyle Edmund, the rendezvous of Cilic and Federer in the final is far more expected than their unlikely meeting in the luxury holiday enclave barely two months ago.

‘He was eager to hit because it’s good to stay in the rhythm for both of us. We also met up later for drinks. I met his fiancee. We had cake together, my whole family and him. It’s not like we’re hanging out all the time but our paths crossed a few times.

‘We practised twice for 45 minutes. It was great fun. No coaches, no nothing, just the two of us on the court hitting balls, nice and laid back, to get to know the man behind the tennis player.’

So he now gets to go for a 20th major, a figure that scarcely seems believable when considering that he arrived here just over 12 months ago off the back of a six-month injury break to deal with knee and back issues. 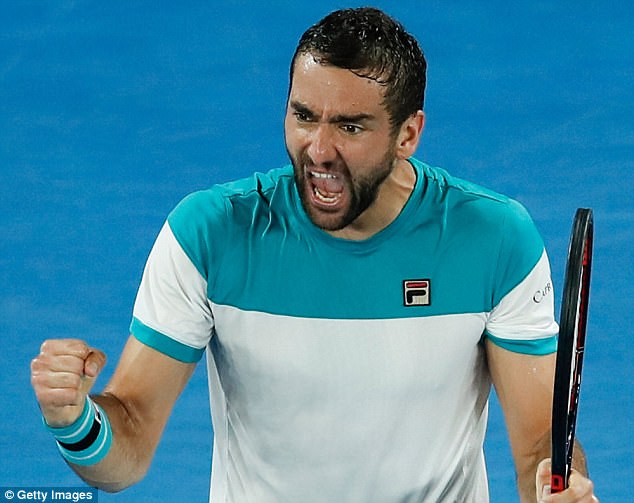 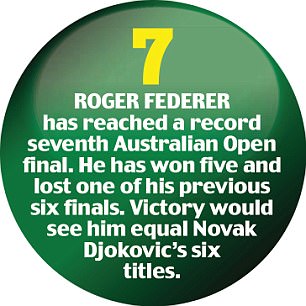 Asked how he would have reacted then if told he would now be on the cusp of yet another triumph, he replied: ‘Nice joke. I wouldn’t be thinking this way, I know how hard it is to win any major. I didn’t give up hope but I would have taken one more major before I retired.

‘Now I’ve got two more and I’m one match away from another.’

The art of pacing himself is something he has learned and he is blessed with a remarkable physiology that has kept the injury demons at bay.

‘I never thought I was going to play a bit of a lesser schedule, which is quite enjoyable. I always thought, “I’m going to keep on playing from January to November every single year, 20-something tournaments”. But I was able to adapt to it. Maybe that’s also one of the reasons I’m still out there.’ 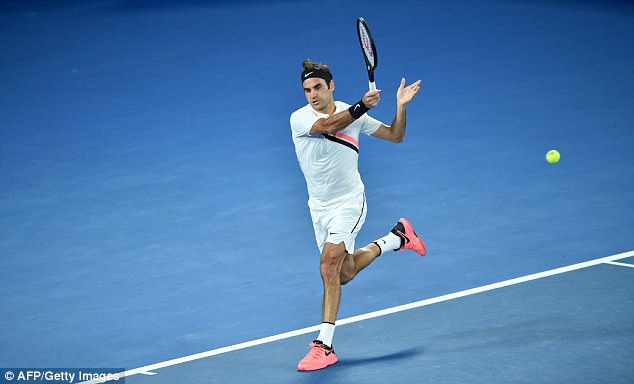 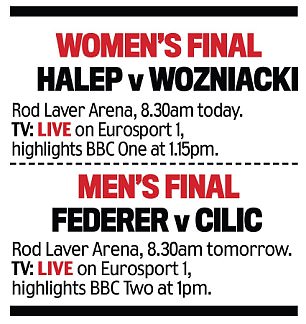 On the prospect of reaching a score of Grand Slam titles, he said: ‘It would be 20 times special. I don’t know what to tell you. It would be amazing. I can’t believe how fast this week has gone.

‘It isn’t just an easy trip to the finals. There’s always a lot of work that goes into it. For many weeks and months before, you try to put yourself in the position — are you going to be ready in case a good semi-finals or quarter-finals match at the Australian Open comes along?’

The crowd was distinctly underwhelmed by Chung’s retirement and there were a few boos. That is a risk the tournament runs when it schedules just one main draw match in a ticketed session.

Federer, through to the final without dropping a set, was not complaining and was prepared to be ruthless, saying: ‘I knew he was having issues with his feet going into it. But I knew he also had issues going into the match against Novak. He handled that very well.

‘For me, I was trying to block that away and just play Chung himself. If he had no issues, well, that’s normal. If he has issues, well, bad luck for him and I’ll take advantage of it.’ 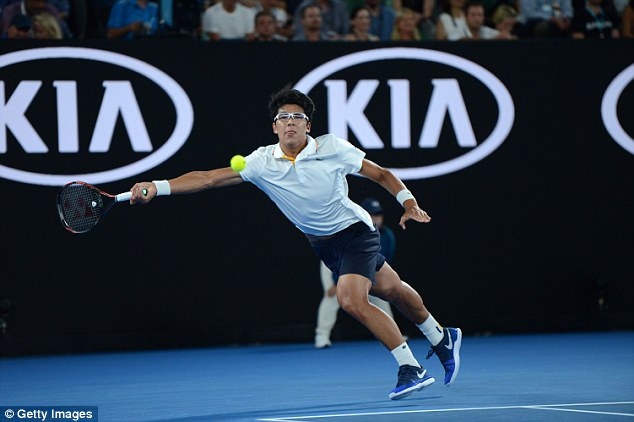