Holland & Barrett is removing all krill-based health supplements from shelves. It follows warnings from Greenpeace that fishing fleets have raided the Antarctic for krill – a vital food source for penguins, whales and seals

Holland & Barrett is removing all krill-based health supplements from shelves.

The move follows warnings from Greenpeace that fishing fleets have been raiding the Antarctic for krill, which is an important food source for penguins, whales and seals.

The oil from the krill is rich in Omega-3, which is said to boost heart health and support sight and brain function.

Greenpeace says the hoovering up of krill from the Antarctic ocean for human health supplements is putting sealife at risk.

Holland & Barrett yesterday responded to the concerns by pledging to remove all krill-based supplements from its shelves.

However, other retailers, including Boots, Amazon and supermarkets continue to sell them.

Greenpeace is particularly concerned about the harvesting of krill, which are small crustacea, from the Antarctic, which is being considered for ocean sanctuary status.

A YouGov survey commissioned by the group found two-thirds (65per cent) of people think retailers shouldn’t be stocking krill products fished in areas being considered for protection.

The survey also found nine out of 10 people (87per cent) support the creation of a vast Antarctic Ocean Sanctuary, which would be the biggest protected area on Earth.

Governments will this year decide whether to create this 1.8 million square kilometre ocean sanctuary, which would put the area off-limits to fishing in a key area for expansion for the krill industry.

Louisa Casson, of Greenpeace UK’s Protect the Antarctic campaign, said: ‘Retailers are putting their green reputations at risk by stocking products which threaten food supplies for penguins and whales in the Antarctic.

‘Krill is a vital food source for Antarctic wildlife, so many of these vessels are fishing in the feeding grounds of animals.’ The expansion of krill fishing is being driven in part by the industry’s projections for global demand for krill oil health supplements. 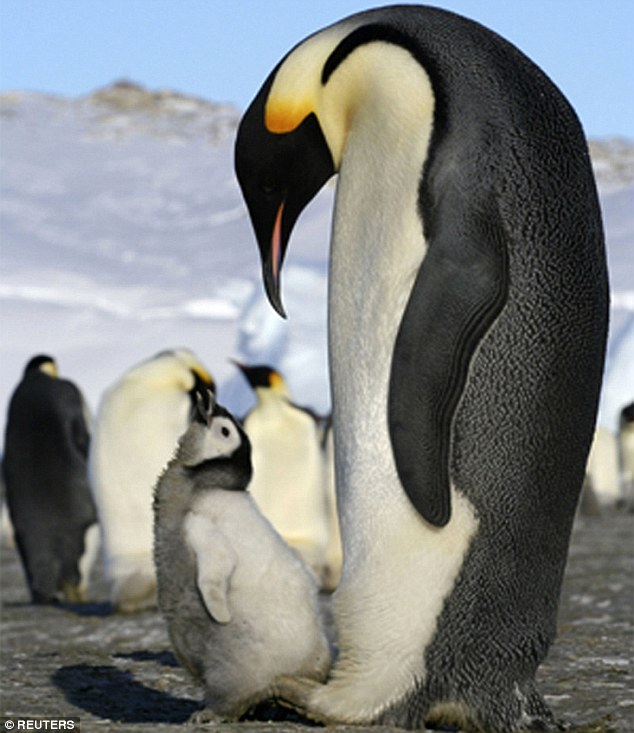 Greenpeace is calling on the krill fishing industry to step up to its responsibility to safeguard Antarctic waters and wildlife and stop fishing in any areas being considered for protection, as well as to back proposals for ocean sanctuaries in the Antarctic

The UK is the fourth largest market for krill oil globally, with the industry targeting annual growth rates of 11per cent to 2021. In fact, a recent survey found 83per cent of Britons never buy Omega-3 capsules made of krill oil.

A recent Greenpeace International investigation revealed that intensive fishing, including near existing and proposed protected areas, creates competition for food with penguins and whales, and threatens pristine Antarctic waters with potentially devastating fuel spills and fires.

When told about pros and cons of krill oil omega-3 capsules, nearly half of people surveyed (48per cent) were more likely to buy a krill-free omega-3 health supplement over a krill-derived supplement. 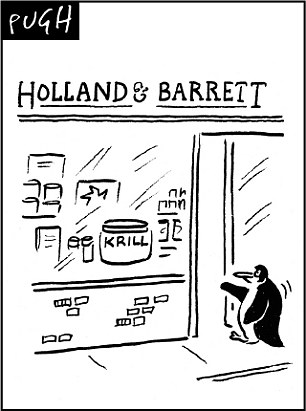 Greenpeace is calling on the krill fishing industry to step up to its responsibility to safeguard Antarctic waters and wildlife and stop fishing in any areas being considered for protection, as well as to back proposals for ocean sanctuaries in the Antarctic.

The Holland & Barrett chief executive, Peter Aldis, said all the krill-based supplements it sells are certified as sustainable by the Marine Stewardship Council (MSC). However, he said it will remove them from sale as part of its commitment to protect the world’s oceans.

Mr Aldis said the company shares the concerns raised by Greenpeace adding: ‘Protecting the oceans is important to us, which is why we were the first retailer to offer a beauty range that is completely microplastics free before it became law.

‘We have therefore decided today to remove all krill-based products from sale over the next few weeks.’

He said: ‘Our customers understand that fish oils are an important diet supplement and are crucial for a range of functions including brain and heart health, particularly during pregnancy and in childhood. We will therefore be replacing our krill-based supplements with algal oils to ensure that access to this important supplement continues.

‘Finally, the concerns expressed by Greenpeace suggest that international regulators are not taking sufficient action to safeguard against what Greenpeace expects to be a huge increase in demand for krill from Asia.

‘We sell the tiniest fraction of the allowable annual catch and while we are pleased to be making our contribution, Greenpeace and this cause would be better served through closer engagement with these international authorities.’