An Australian actress who has worked with the likes of Leonardo DiCaprio, Cate Blanchett, Mick Jagger and Robert Pattinson has slammed her home country for knocking down anyone who gets ‘too ambitious’.

Elizabeth Debicki, 29 – who has risen to fame in movies like The Great Gatsby, Guardians of the Galaxy: Vol.2 and the soon-to-be-released Christopher Nolan project Tenet – took Australia to task for falling victim to tall poppy syndrome.

She told British newspaper The Observer it was the reason why talented Australians ‘often have to leave the pool and collect experience, collect people, and then come back to it. Or, they just sort of leave – and they don’t necessarily go back.’

Tall poppy syndrome is a common Australian term referring to the idea poppies should grow at the same rate and any plant that gets too tall should be cut down.

Elizabeth Debicki, 29, has criticised Australia’s film industry for falling victim to tall poppy syndrome and labelled her home country the land of being knocked down

‘If you’re an actor, you mustn’t get any ideas about your craft. In Australia, you’re barely allowed to say this is a job,’ Debicki said.

‘You’re supposed to be like, I don’t know, sometimes I just do this thing, the camera rolls, then like, I go home! You can’t own any of it, they’ll just knock you down.’

Speaking from her adopted home in Los Angeles, the Melbourne-raised actress said she was uncomfortable with the idea of being comfortable and Australia’s tall poppy syndrome holds people back from ‘being too ambitious, not too provocative or transgressive’.

Debicki shot to stardom after making her debut in The Great Gatsby in 2013. 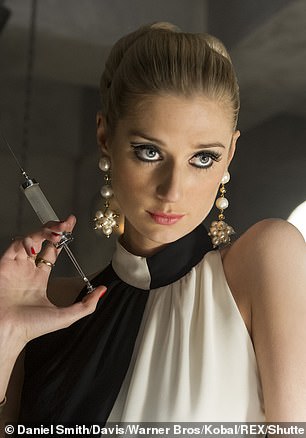 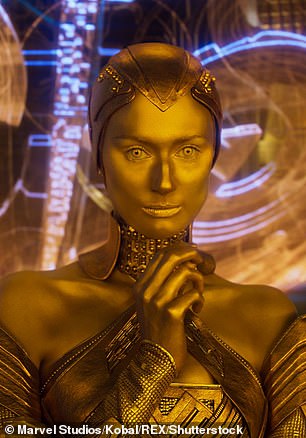 Debicki (pictured in The Man From U.N.C.L.E) said she was uncomfortable with the idea of being comfortable and Australia’s Tally Poppy Syndrome was the reason for ‘no one being too ambitious, not too provocative or transgressive’

Since then, she has appeared in a number of movies including The Man from U.N.C.L.E., Vita and Virginia, Widows and The Cloverfield Paradox.

Debicki has also done voiceovers for Peter Rabbit, and appeared in television series The Kettering Incident and The Night Manager.

‘I understand that makes for a pleasant drink at the pub, but I’m not really interested in being too comfortable,’ she said of Australia’s attitude.

‘I understand what it means to one day pack your suitcase up and leave the thing that was familiar to you, and have to come to Los Angeles or wherever and do that rite of passage. I get that, because I’ve done it. I think that is common ground for us.’ 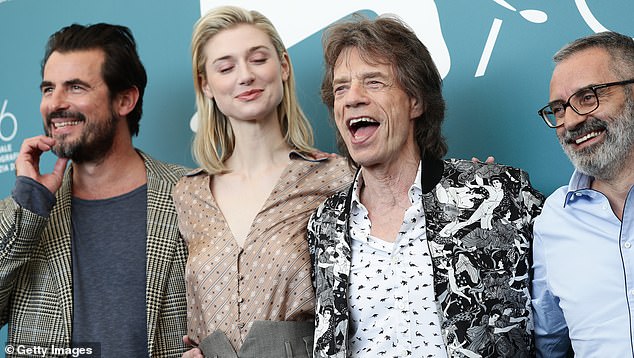 Debicki (pictured second from left alongside Claes Bang, Mick Jagger and Giuseppe Capotondi) said ‘if you’re an actor, you mustn’t get any ideas about your craft. In Australia, you’re barely allowed to say this is a job’

Debicki’s comments follow a former Home And Away star who famously claimed she’d ‘rather be having a croissant in Paris’ than return to Australia in 2012.

Melissa George, however, had a change of heart in 2019, declaring her love for the land Down Under.

‘Whenever I come to Australia, I feel complete,’ she said.

The 43-year-old, who lives in Paris, spent 10 days filming Bad Mothers in Melbourne in 2018, and believes the short stay helped her ‘reconnect’ with the Australian culture.

‘This was a great opportunity to come home and be amongst Australian talent. That’s why I wanted to do this,’ she said. 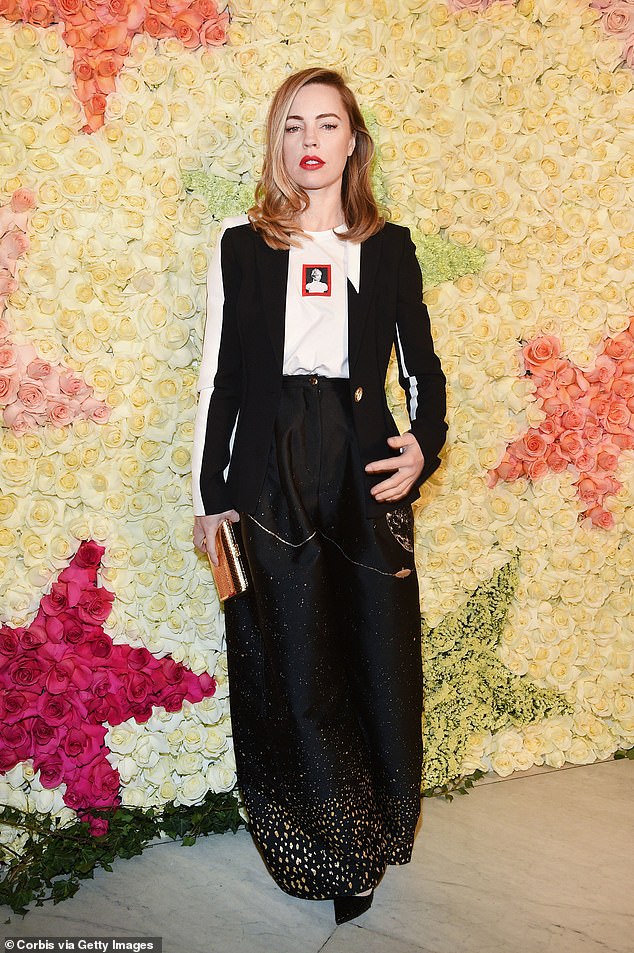 Debicki’s comments follow a former Home And Away star, Melissa George, who famously claimed she’d ‘rather be having a croissant in Paris’ than return to Australia in 2012.

‘I’d say a lot of Australian talent gets forced to go overseas – that’s the way things work. But when we come home, it’s like the last piece of the puzzle to fit.’

Back in 2012, Melissa famously told The Sydney Morning Herald she would not return to Australia because she was sick of media being ‘disrespectful’ by mentioning her role on Home And Away.

‘I don’t need credibility from my country any more, I just need them all to be quiet. If they have nothing intelligent to say, please don’t speak to me any more,’ she said.

‘I’d rather be having a croissant and a little espresso in Paris or walking my French bulldog in New York City.’ 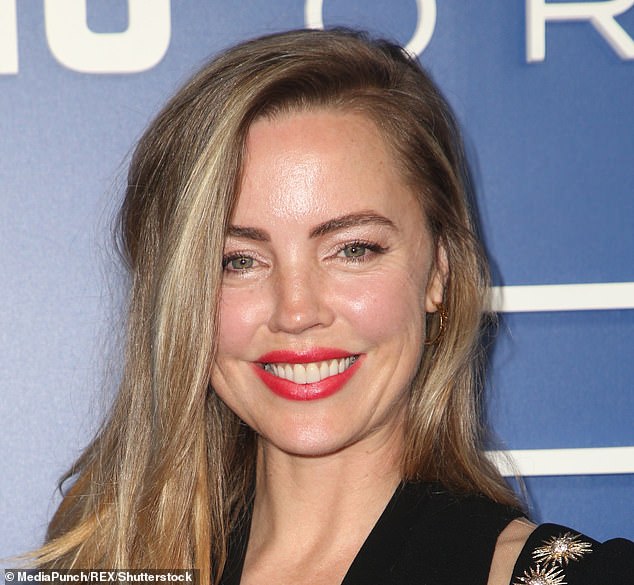 Melissa George (pictured) famously told The Sydney Morning Herald in 2012 she would not return to Australia because she was sick of media being ‘disrespectful’ by mentioning her role on Home And Away.

British-born actress Miriam Margolyes also described her adopted home country as ‘brutal’ and ‘greedy’ ahead of the release of her ABC documentary series, Almost Australia, in 2019.

The Harry Potter star, who became a naturalised citizen seven years ago, travelled from coast to coast for her series Almost Australian, but the process left her feeling disenchanted with her adopted home country.

‘I hope people will not be too annoyed about the things I have to say, but in the end, to be honest, f**k ’em if they are. That’s tough. I’m telling it like I see it,’ she said. 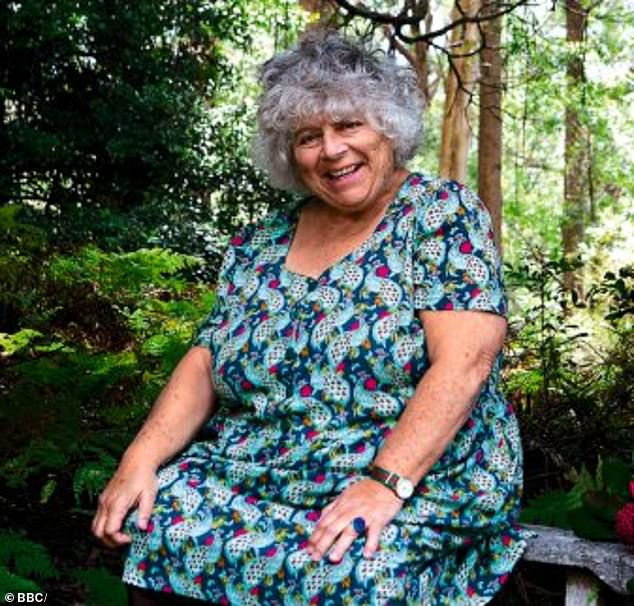 In an interview with The Australian, publicist Wendy Day said Australia’s film industry was vibrant, and its culture was compatible with celebrity status.

‘Unfortunately, we do follow the Brits and we do cut down tall poppies, but we also like success,’ she said.

‘We are changing. It’s not as bad as it used to be. I’ve been in the business for 30 years and I’ve watched it change.

‘I think in the real world there are a lot of great Australian actors who are based here and regarded as great actors all over the world. Personally, I believe you can survive in this world.’