Home and Away actor Jessica Falkholt, her sister and her parents died after another car failed to negotiate a bend on NSW’s south coast in 2017

A head-on crash killing an actor, her ‘innocent and ordinary’ family and a drug-fuelled driver on Boxing Day four years ago occurred at such speed the cars formed a triangle, an inquest has been told.

Home and Away actor Jessica Falkholt, her sister and her parents died after another car failed to negotiate a bend on a highway as the Falkholts returned to Sydney from a Christmas event on NSW’s south coast in 2017.

Witness described the cars hitting at such force ‘they were pushed up to the air and momentarily formed a triangle,’ the NSW Coroners Court was told on Tuesday.

Lars and Vivian Falkholt died in the fiery crash while sisters Jessica and Annabelle, helped out of the wreckage by passers-by, died later in hospital.

‘They were innocent and ordinary in that they were just travelling home from a Christmas spent with extended family in a way that many of us can identify with,’ counsel assisting the coroner Donna Ward said in her opening address. 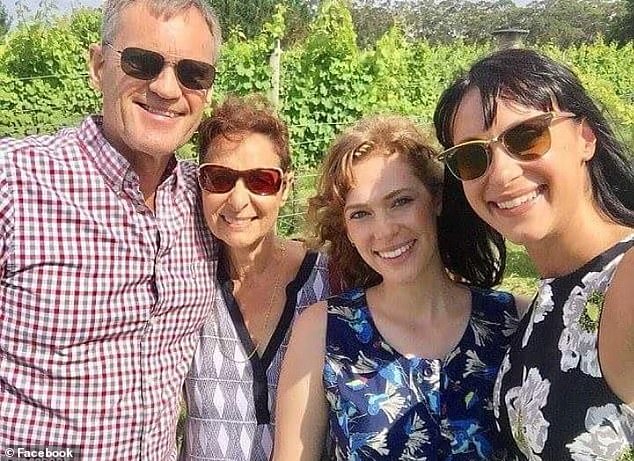 Parents Lars and Vivian Falkholt died in the fiery crash while sisters Jessica and Annabelle, helped out of the wreckage by passers-by, died later in hospital Craig Whitall had methadone, a small amount of methylamphetamine and some cannabis in his system. A post-mortem toxicology showed the Ulladulla man had consumed a ‘markedly high’ level of an anti-depressant called doxepin or Deptran

She said the crash at Conjola had been caused by Craig Whitall, a long-time methadone program patient who had an array of medical issues and a terrible driving record going back to 1984.

Coroner Teresa O’Sullivan is being asked to consider the effect a cocktail of prescription drugs had on the driving ability of Mr Whitall, who also died in the crash.

The inquest will also examine how he was prescribed such substances.

As well as methadone, a small amount of methylamphetamine and some cannabis, post-mortem toxicology showed the Ulladulla man had consumed a ‘markedly high’ level of an anti-depressant called doxepin or Deptran.

His blood also had a series of benzodiazepines, including diazepam, better known as Valium.

At the time of the crash, Mr Whitall was driving home from Shoalhaven District Memorial Hospital, where he’d been prescribed four, five-milligram tablets of diazepam.

Ms Hall said it seemed likely Mr Whitall took more than one of the tablets and then set out to drive 60 kilometres to his home. 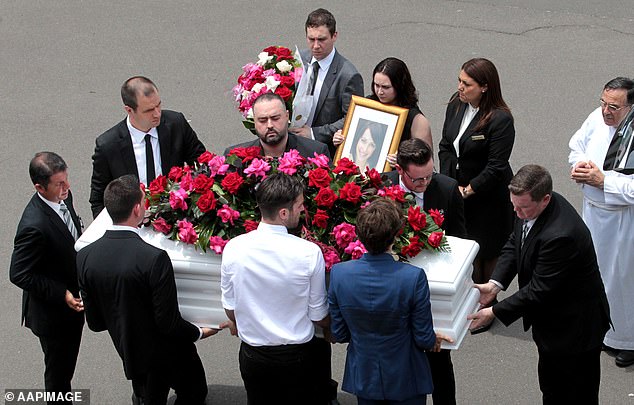 Mr Whitall had gone to the Shoalhaven hospital, lied about his access to methadone over the Christmas breaks and asked to be prescribed methadone, the inquest was told.

He’d done the same the previous day at another hospital, where a doctor also refused to prescribe methadone but gave him a single dose of diazepam.

In a report provided to the coroner, medical expert Robert Day was not critical of the treatment and provision of diazepam at each hospital.

But handing Mr Whitall 20mg in tablets led to a ‘significant risk’ the patient would take it all immediately, with sedative effects likely within an hour, he said.

The inquest is also to hear how Mr Whitall also misled doctors about his access to doxepin, which in overdose can cause drowsiness, confusion and blurred vision.

‘The evidence suggests no single doctor was aware of the extent of the prescribing by other doctors,’ Ms Hall said. 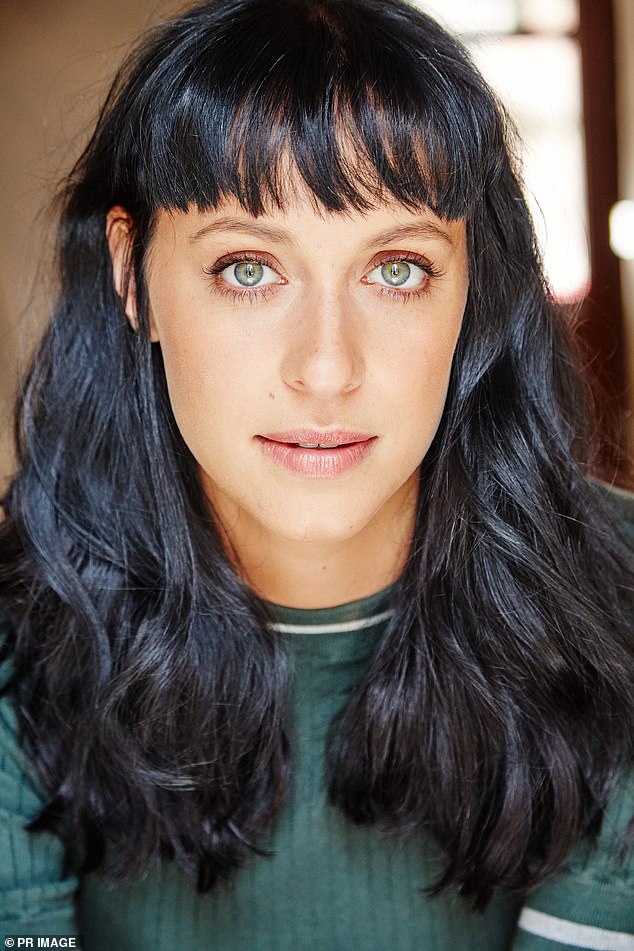 Jessica Falkholt, 28, and her family died in a fiery crash on the NSW south coast when Craig Whitall slammed into their car

A forensic pharmacologist had told the inquest the amount in Mr Whitall’s system would likely have caused ‘significant impairment of his cognitive and motor functions which would have resulted in impairment of his driving ability’.

However, Mr Whitall was not always and inevitably drug-seeking given his genuine physical ailments and mental health issues stemming from personal tragedies and difficult events.

‘Whatever his failings, Mr Whitall loved his family as best he could and they love and miss him,’ Ms Hall said.

She said the court could not draw any broad conclusions about the statewide methadone program, largely because Mr Whitall had consumed more than just his methadone.

The inquest is set to run until Friday.