A four-ingredient recipe for bliss balls made using $3 block of Caramilk chocolate is making waves throughout the Facebook ‘foodie’ community in Australia.

More than 20,000 people have commented on the post by a home cook who recently shared a photo of her delectable treats alongside the recipe.

The tasty bliss balls were made using the Cadbury Caramilk, a can of condensed milk, crushed biscuits and coconut.

‘I know you can just melt the chocolate in the microwave but I prefer to do mine in my slow cooker,’ she captioned the post. 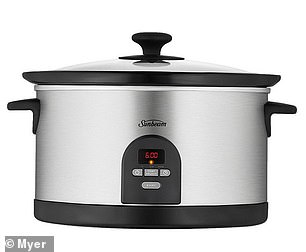 ‘That way I don’t have to worry about it burning while I am crushing biscuits.’

She also offered an exact breakdown of the ingredients she used including the correct quantities:

If using the slow cooker method, make sure the appliance is set to high and is used with the lid off. 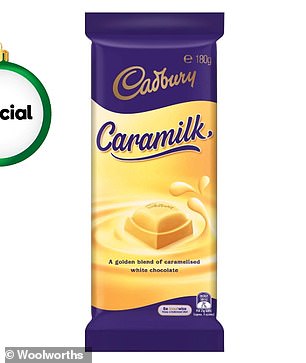 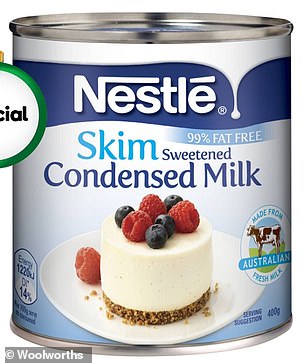 The chocolate should be added to the slow cooker first to melt, however, you will need to make sure it is broken up into small pieces.

Meanwhile, crush biscuits into fine crumbs by placing inside a Ziplock bag and using a rolling pin.

‘Once the chocolate is all melted turn off slow cooker and add everything else in. Mix together well and roll into balls, and then roll into the extra coconut,’ she said.

‘Store in the fridge or freezer… These are amaze-balls!’

How do you make Caramilk bliss balls?

Turn slow cooker to high and add broken up squares of chocolate (make sure the lid is off).

Next, crush biscuits into fine crumbs by placing inside a Ziplock bag and using a rolling pin.

When the chocolate has melted turn off slow cooker and add everything else. Mix well and roll into balls, and then roll into the extra coconut.

Store in the fridge or freezer. 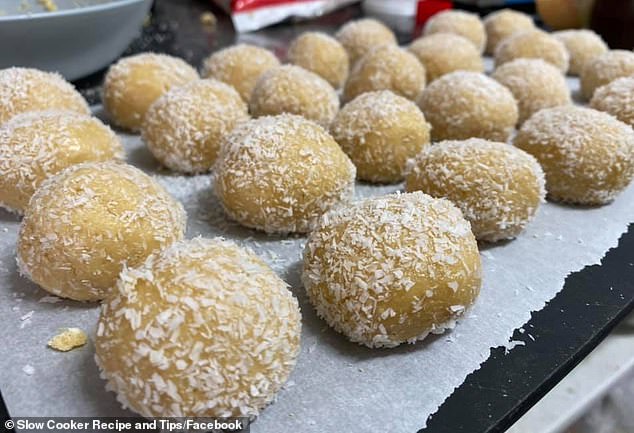 The easy recipe for the tasty treats has sent social media into overdrive, with the woman’s post garnering more than 3,600 reactions and 21,000 comments.

‘Yes it is confirmed, these little babies are seriously dangerous. Perfect little treat, dare I say for the school/work lunch box,’ said one person.

Give them a try, you won’t be disappointed.

While another added: ‘I’ve made these many times but with Tim Tams. Definitely going to try them with Caramilk.’

A third chimed in saying they were headed to the shops immediately to buy the chocolate as the decadent goodies sounded ‘really naughty’.