The Home Office has been accused of being ‘reckless’ and ‘defensive’ over the Windrush scandal in a damning review which they commissioned.

The draft version of a ‘lessons learned’ document also accuses the Home Office of failing in their legal duty to prevent racial discrimination.

The review was commissioned by the Home Office and led by independent adviser Wendy Williams to establish what went wrong over the Windrush scandal, which unfolded last Spring.

On June 22, 1948, around 500 migrants from the Caribbean arrived at Tilbury Docks in Essex in 1948 aboard the MV Empire Windrush

Tens of thousands of people mostly from the Caribbean were found to have been wrongly deported or denied housing or healthcare as a result of tougher Home Office measures in 2014.

Extracts of the review – obtained by Channel 4 News – describe the culture in the Home Office as deaf, defensive and unwilling to learn from past mistakes.

Wendy Williams writes: ‘The Home Office should ensure that all its existing and new staff learn about the history of the UK and its relationship with the rest of the world including Britain’s colonial history.’

The document adds: ‘Ministers/Department should admit that it was wrong and provide an unqualified apology…the sincerity of this apology will be judged by how far the Department demonstrates contrition…’

A Home Office spokesman said: ‘We do not comment on leaked documents.’ 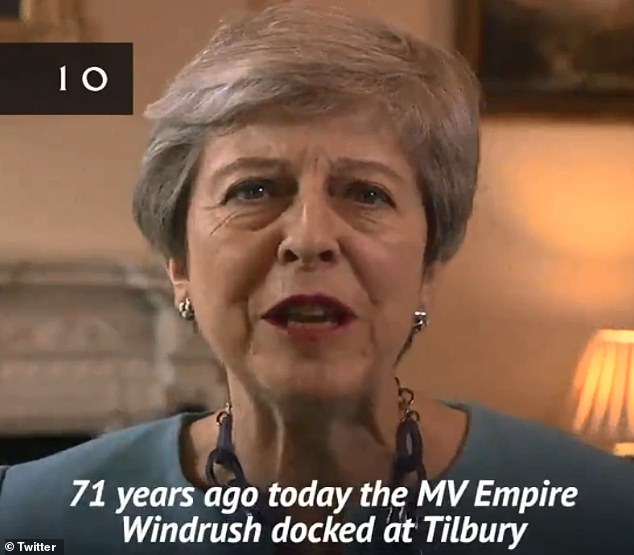