Samim Bigzad, pictured in Margate, was saved from deportation after a pilot refused to fly him from Britain – but the Home Office will try again

The Home Office will try to deport an Afghan asylum seeker again after the pilot of a plane removing him from Britain refused to take off because he was ‘crying and shouting’.

Samim Bigzad, 22, who came to the UK via Calais in the back of a lorry two years ago, is in a immigration detention centre near Gatwick today after his last minute reprieve.

On Saturday Home Office guards had taken Mr Bigzad on to a Turkish Airlines plane from Heathrow to Istanbul, where he was due to fly on to Kabul.

But witnesses said he became ‘hysterical’ before pilot came out of the cockpit and reportedly told guards: ‘You’re not going to take him, I’m not flying. Someone’s life is at risk.’

Mr Bigzad – who came to the UK aged 20 to be with his father and cousin – was said to have been screaming at officials: ‘I’m going to get killed in Afghanistan.’

He had been staying with a British woman, Kavel Rafferty, in Margate for four months.

She told the Independent: ‘The last message I’d had from him just said, “they’ve come to take me” and then the phone was switched off. But then he rang that night and told me, “the pilot said no”. He was relieved and shocked – it was a lot to go through in one day.’

Samim is believed to be taken back to the Brook House immigration removal centre near Gatwick Airport, where he was able to call his supporters and tell him he was still in the UK.

The Home Office today refused to comment on the case but a Border Agency source said they would be trying to remove him again. 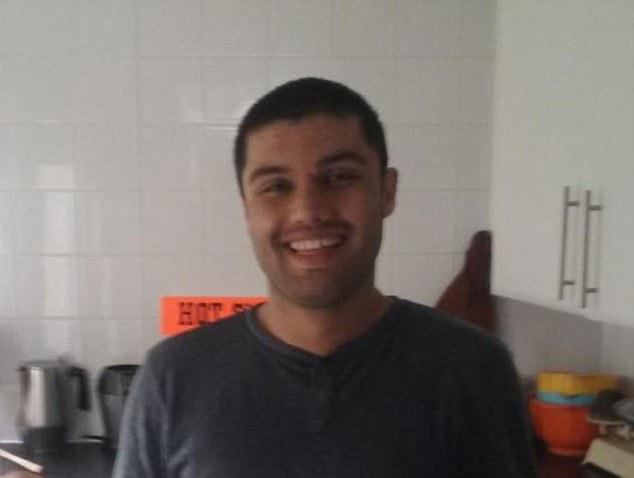 Mr Bigzad, 22, pictured, came to the UK two years ago via the migrant camps at Calais and was living close to his father and cousin in Margate 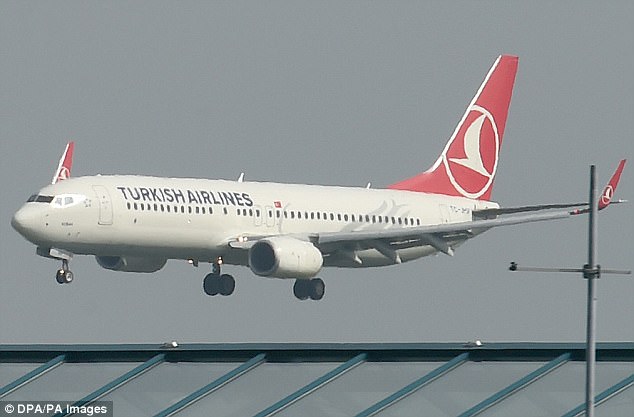 His supporters hope the delay will help them build an appeal and 3,248 have signed a petition calling for him to stay in the UK.

The Afghan national is said to have been threatened with beheading by the Taliban because of his job at a construction company with links to the country’s government as well as American firms – both enemies of the jihadists.

EU rules that give pilots the power to deny boarding

Regulations issued by the European Aviation Safety Agency give pilots the power to deny boarding – and even refuse to take off.

They state that captains are responsible for ‘the safety of the aircraft and of all crew members, passengers and cargo on board during aircraft operations’.

The EU rules add that pilots ‘have the authority to refuse carriage’ to anyone who ‘may represent a potential hazard’.

After arriving in the UK in November 2015 he moved to Kent to care for his father – a British citizen and former Afghan national who was tortured by the Taliban in the 1990s. His cousin Arash is also thought to live in the Kent area.

Following death threats made by phone, Mr Bigzad fled to Britain via Turkey, Greece and France before ultimately hiding in the back of a lorry crossing to Britain.

Despite his family link to the UK he was denied asylum and permission to appeal and held by the Home Office in July after a meeting at an immigration office in London.

Hours before the plane took off campaigners approached unwitting passengers at the check-in desk to explain their flight was being used for a forcible deportation in a bid to get the message passed to the jet’s crew.

Bridget Chapman, who organised the trip, told the Independent’s Lizzie Dearden: ‘We asked people to do whatever they were comfortable with raising it with airline staff.’

‘Airport security asked us to stop after a while, but by that point most people had boarded.’

Under EU aviation regulations pilots have the final say over who boards their plane as well as if or when it takes off.

The rules state that captains are responsible for the ‘safety of the aircraft and of all crew members, passengers and cargo on board’.

A Home Office spokesman said their policy on which countries people can be deported to ‘is based on a careful and objective assessment of available evidence from a range of sources including media outlets, local, national and international organisations, and the Foreign and Commonwealth Office’, adding: ‘We continually review our country policy to ensure it is up-to-date, so that staff can make fair and considered decisions.’