A 66-year-old homeless man found dead in a town centre allegedly had his sleeping bag taken away by the local council days before.

The rough sleeper, known only as ‘Kev’, was found under a flyover in a car park in Bournemouth, Dorset, yards from the council’s offices.

Kev’s body was discovered by a friend who claims Bournemouth Borough Council had ‘removed his sleeping bag and possessions’ from the site during a recent tidy-up.

A rough sleeper, known only as ‘Kev’, was found under a flyover in a car park in Bournemouth, Dorset, yards from the council’s offices (pictured, his belongings near the scene)

Previously, the council has come under fire for playing bagpipe music throughout the night to stop homeless people sleeping at the town’s bus and railway station.

They were also criticised for buying one-way tickets for rough sleepers to leave the town.

The unnamed friend, who had known ‘Kev’ for 18 months, said: ‘I put my hand on him to shake him and that’s when I knew something was wrong and my heart sank.

‘A couple of weeks ago he said the council took his sleeping bag.

‘They see it as rubbish but they don’t realise these are homeless people; sleeping bags are the stuff that keeps them warm.’

The friend said Kev never drank or took drugs or ‘asked for anything’ from him.

He said: ‘I commute through Bournemouth every day and he would sit on the wall at the corner of the road.

‘That’s what made me pull over the first time – I stopped to ask him if he was OK and we got talking. 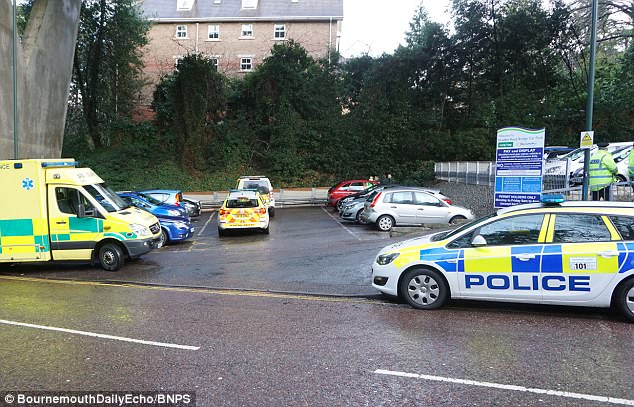 ‘I wondered, if I gave him some money, would it go on drugs and alcohol but to be honest he never did any of that, just smoked roll-ups.

‘He never, ever asked for anything from me.’

Local homeless charity founder Claire Matthews said they hand out sleeping bags to rough sleepers but have had reports of the council taking them away to ‘clean the streets’.

She said ‘Kev’ came to their soup kitchen four times a week and was popular with the volunteers.

Ms Matthews, 45, who founded Hope For Food charity five years ago, said: ‘Kevin was a lovely man, he came to the soup kitchen four days a week, never asked for anything and was always grateful for what he got.

‘We give out sleeping bags to homeless people and we’ve been told by some of them the council has removed them to clean up the streets.

‘More needs to be done to help these people.’

In 2015, almost 4,000 people signed a petition against a council initiative to blare bagpipe music through the night to stop homeless people sleeping at Bournemouth’s bus and railway station.

In 2016, council officials were slammed after they bought one-way train tickets for rough sleepers to move them out the area. Nine homeless people were relocated.

Brigitte Barnes said: ‘Kev was always ok, kept himself to himself and was never any trouble.

‘He never hassled anyone for money, he was never offensive, he was just Kev.’

A Bournemouth Borough Council spokesman said they were ‘aware’ of Kev’s death but would not respond to the allegations officials took away his sleeping bag.

He said: ‘We are aware of the very sad news at Braidley Road.

‘The identity of the deceased man has not yet been confirmed by the police and as such we are unable to comment further at this stage.’

A spokesman for Dorset Police said: ‘At 8.31am on Monday Dorset Police were called by the ambulance service to reports of a sudden death after the body of a man was located in Braidley Road car park in Bournemouth.

‘It is not believed there are any suspicious circumstances and the coroner has been informed.’

Earlier this month, the boss of Windsor council sparked outrage when he called for the town’s homeless population to be kicked out before the Royal wedding in May.

Simon Dudley wrote to his local police chief demanding he clear out rough sleepers in time for Prince Harry’s wedding to Meghan Markle in May.