Cathay Pacific has revealed it records passengers who fly with them using onboard CCTV cameras.

The new policy was introduced by the Hong Kong flag carrier recently for ‘security purposes’ and it says it stores all the information and images it gathers for ‘as long as necessary’.

As well as monitoring its customers on the plane, cameras have also been installed in its airport lounges.

However, the airline insists that cameras are not installed in its in-flight entertainment screens.

According to Cathay Pacific’s updated privacy policy, it uses CCTV in its airport lounges and aircraft to collect ‘information such as previous travel arrangements, feedback about your experiences, details of lost luggage and other claims, your use of our in-flight entertainment system and in-flight connectivity’.

The policy also states that data collected could be shared with third parties for marketing and can also be used for ‘legal and administrative purposes’.

The carrier adds that all data is stored on secure servers but the policy points out: ‘No data transmission over the internet, a website, mobile application or via email or other message service can be guaranteed to be secure from intrusion.

‘However, we maintain commercially reasonable physical, electronic and procedural safeguards to protect your personal data in accordance with the requirements of data protection legislation.’

Cathay Pacific’s change in its privacy policy comes less than a year after the airline admitted that data of 9.4million of its passengers had been breached. 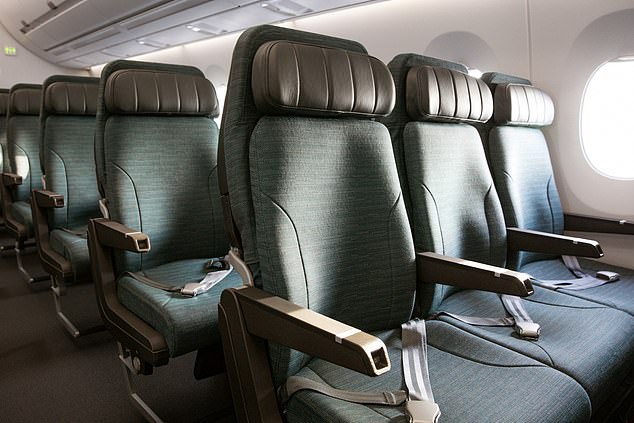 The new policy was introduced by the Hong Kong flag carrier recently for ‘security purposes’. Pictured is a Cathay Pacific economy cabin

The airline said passengers’ names, nationalities, dates of birth, telephone and passport numbers, and email and physical addresses were included in the hack.

At least 860,000 passport numbers and 245,000 Hong Kong ID card numbers were accessed without permission, along with a few hundred largely expired credit cards.

The embedded cameras came to light when Vitalty Kamluk, a passenger on a Singapore Airlines flight, spotted a tiny lens in his in-flight entertainment system and posted a picture of it on Twitter. 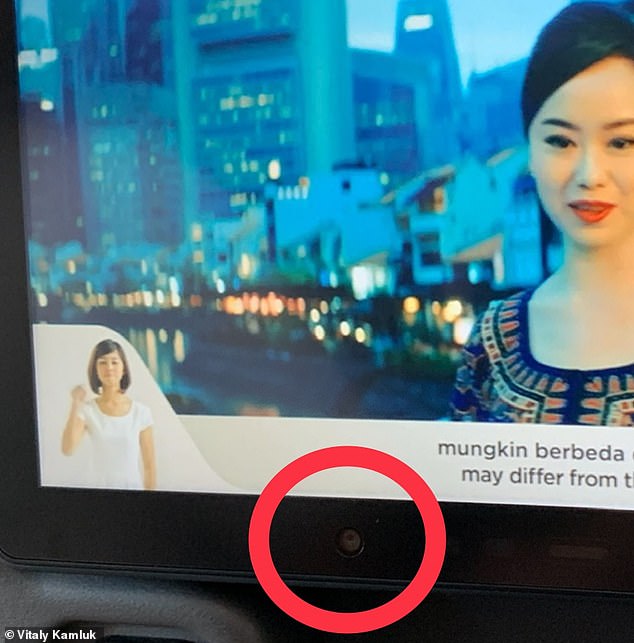 Singapore said the camera was disabled, but it led to speculation that in-screen working cameras could be used to spy on passengers during flights in the future.

The three US airlines also said that they had never activated the cameras and had no plans to use them.

A Cathay Pacific spokesperson told MailOnline Travel: ‘In line with standard practice and to protect our customers and frontline staff, there are CCTV cameras installed in our airport lounges and onboard aircraft (one camera, positioned near the cockpit door) for security purposes.

‘All images are handled sensitively with strict access controls. There are no CCTV cameras installed in the lavatories.

‘Our inflight entertainment systems do not have any cameras, microphones or sensors to monitor passengers, nor have they in the past.’