Hordes of sun-worshippers have flocked to Stonehenge ahead of the traditional summer solstice sunrise, which marks the longest day of the year.

Many people made their way to the Wiltshire monument to mark the occasion of when the Earth’s poles are at their maximum tilt towards the Sun.

Solstice-seekers packed out the area and many came prepared with their own cameras as well as camping chairs and backpacks, full of snacks and drinks to see them through.

Many were also pictured wearing red gowns with floral ensembles on their heads to represent Druids, who traidtionally love nature and all its changing faces.

The summer solstice is particulary linked to the UK because of Stonehenge, which has been associated with Paganism for a number of years.

The solstice is known by pagans at Litha, as it marks the only day that the rising sun meeting the middle of the stones when shining on the formation of the altar, and it’s because of this that crowds gather at the monument each.

Summer solstice is always seen as a time of celebration as it traditionally also marks a period of growth, warmth and sunshine. 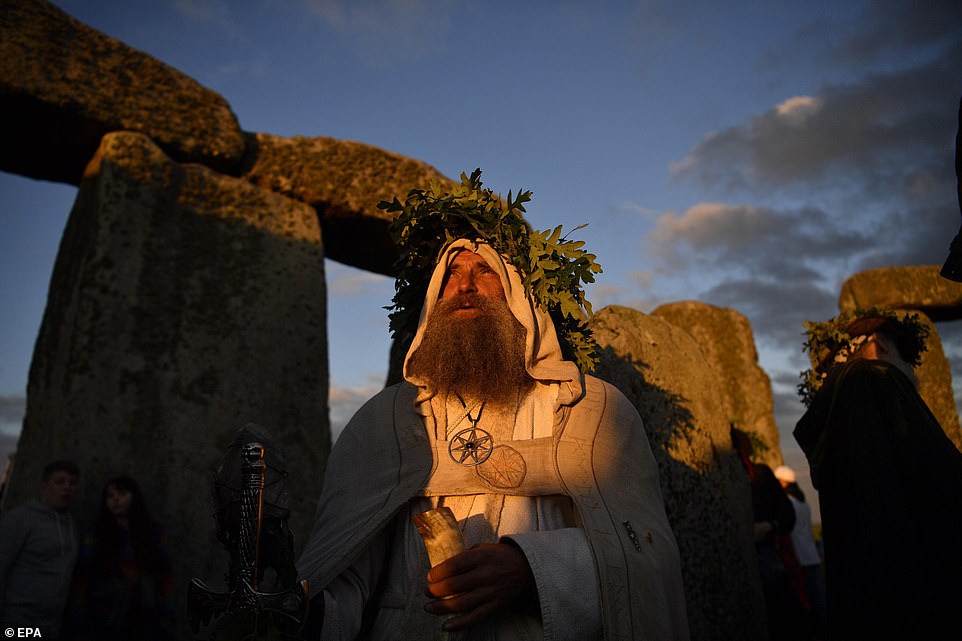 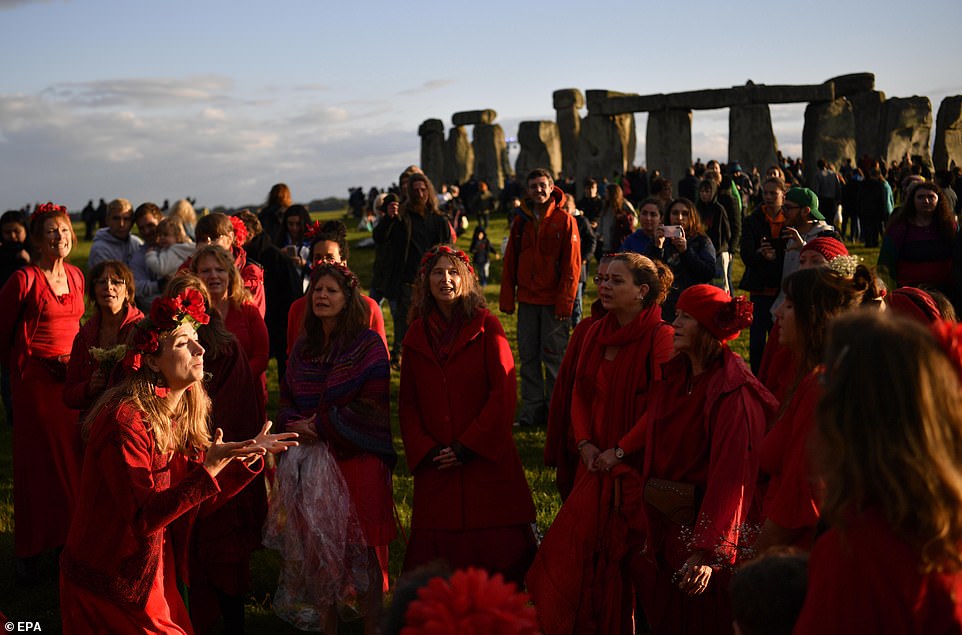 Those gathering for the solstice enjoyed warm temperatures, with mercury set to rise even further into next week when 90F (32C) is possible by Wednesday – representing a stark change to the wet weather that has plagued the country for much of June.

Saturday and Sunday are likely to be mostly dry, but forecasters warned severe thunderstorms and downpours could again return on Sunday and next Monday – potentially bringing further disruption to the country.

Most of England and Wales is under a thunderstorm warning from 3pm on Sunday until the end of Monday amid fears over more flooding and power cuts when up to 1.6in (40mm) of rain falls within two to three hours. 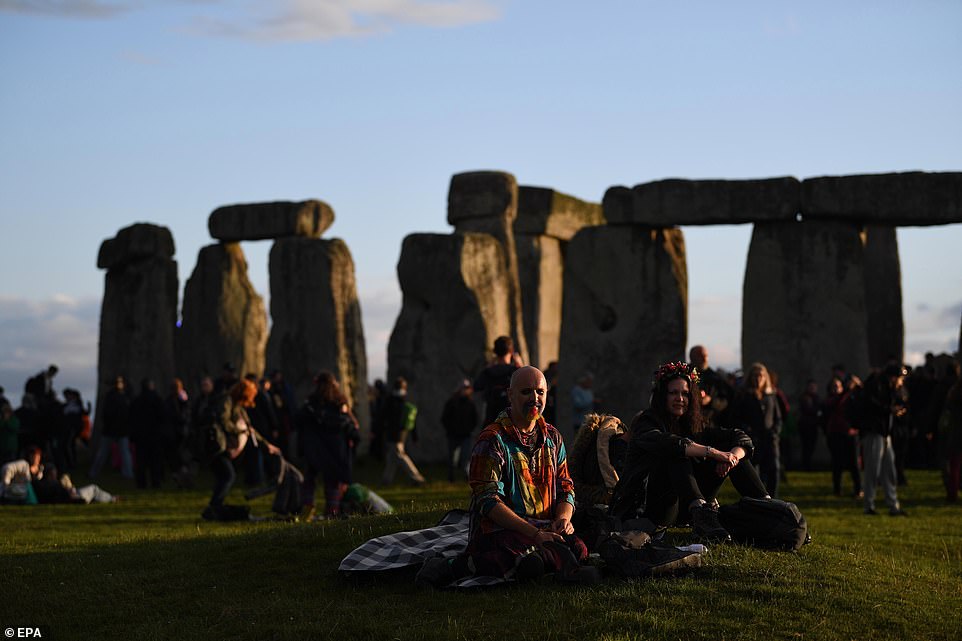 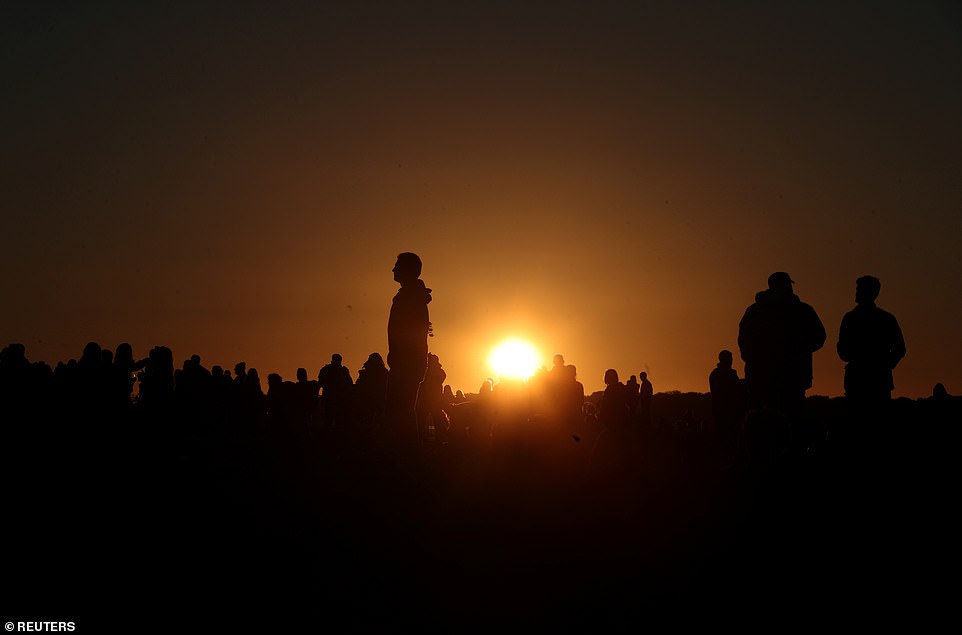 The revellers enjoyed a wonderful sunset at Stonehenge, pictured, as they prepared to settle down for the night 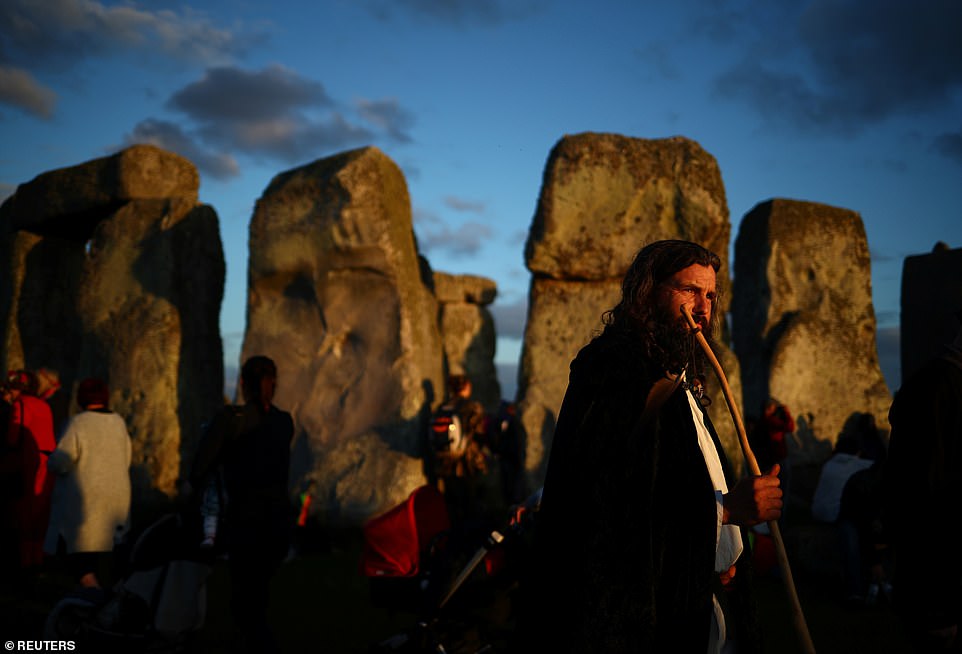 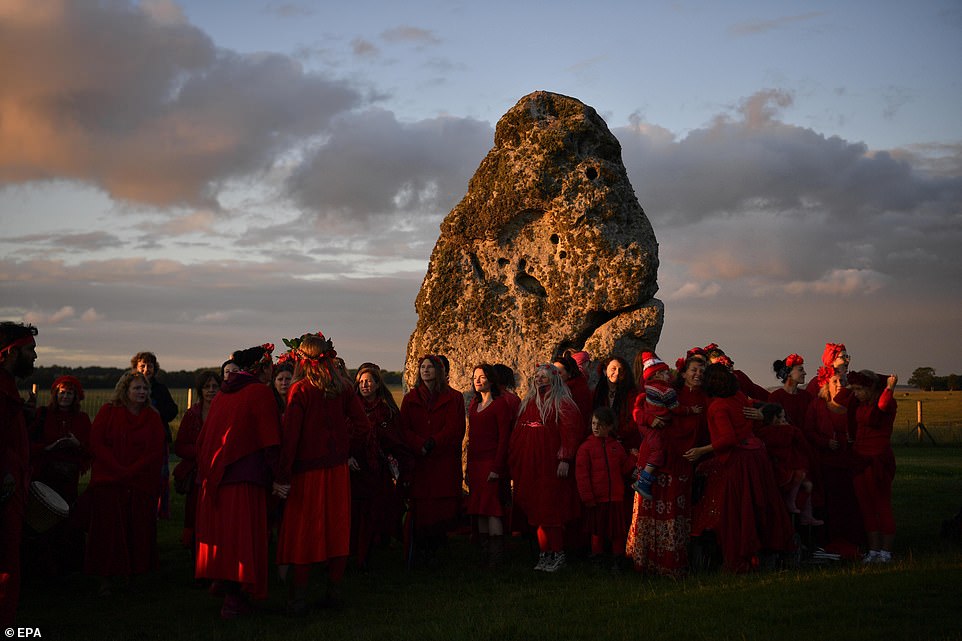 The ancient structure was bathed in a red hue as the sun descended with many lining up to watch, pictured, hours before they will see it rise on the longest day of the year

‘However, as low pressure re-establishes later on Sunday, we’re going to see a return to the heavy rain and thunderstorms we’ve seen so far this June.

‘Rather than the recent cooler conditions, it’s going to feel much warmer and humid.’

‘Whilst it will feel warmer for everyone in the UK next week, parts of southern and eastern England will see the hottest weather with temperatures here into the high 20Cs (low 80Fs), possibly exceeding 30C (86F) at the peak of the heat by Wednesday or Thursday.’