A Wisconsin man was captured on video taking a chomp at a police K-9 during his arrest earlier this week.

Leland O’Malley, 44, resisted the arrest late Monday evening and then challenged the security dog when it snapped at him for failing to follow orders.

In body cam footage, released by the Racine County Sheriff’s Office Wednesday, the officer and K-9 are seen approaching O’Malley outside a Dover home located on LaFollette Street.

Police arrived at the scene after receiving a report about a stranger at the location that night. 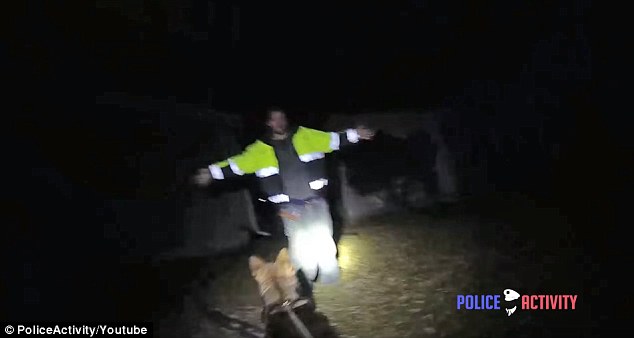 Wisconsin man Leland O’Malley, 44, was in the midst of getting arrested by police who received a report about a stranger in Dover

‘Step out, right now!,’ the officer is heard ordering O’Malley, while the K-9 barks loudly at him.

O’Malley steps forward after the officer repeats himself. The officer then adds, ‘just don’t rush at me.’ O’Malley, pictured in his mugshot, has been charged with striking a police animal, resisting arrest and disorderly conduct

He warns the suspect: ‘The dog will bite you if you come after me and too close.’

The K-9 at that moment is seen jumping up on the man to defend the officer while the official continues shouting orders louder.

It seems O’Malley is pushed to the ground by the K-9. The suspect is then seen biting him. 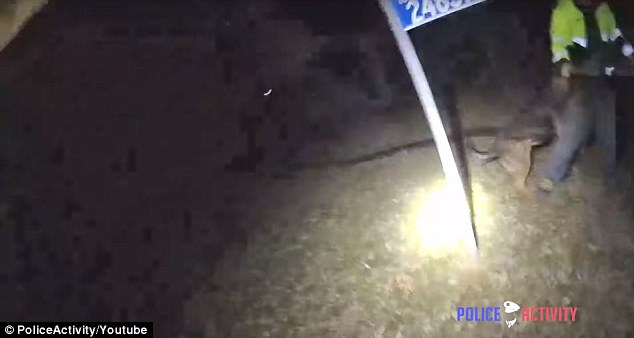 The officer warned the suspect during the Monday incident: ‘The dog will bite you if you come after me and too close’ 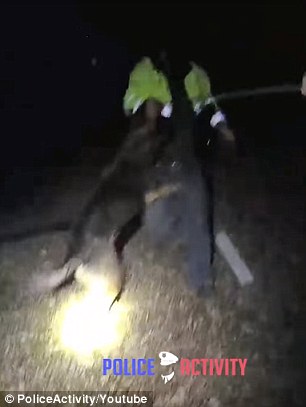 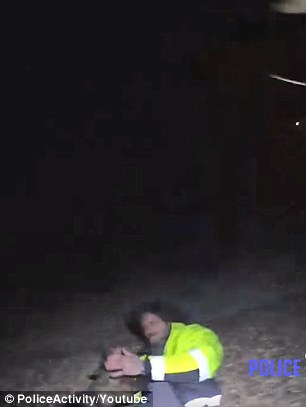 The officer, later identified as Christopher Schmaling, told Fox 6 O’Malley did not appear to be in the ‘right state of mind’ at the time.

‘You can see on this video, he was clearly told this was going to happen. But he kept, kept advancing,’ Schmaling said.

O’Malley has been charged with striking a police animal, resisting arrest and disorderly conduct. 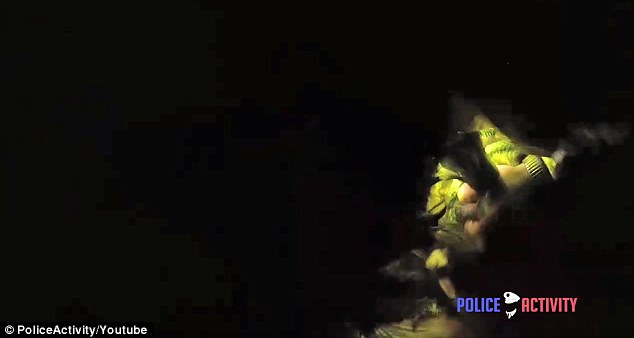 The suspect is then seen biting the K-9 named Murphy while on the ground. The officer said the man did not appear in the right state of mind