Six drivers were involved in a horrifiying crash in W Series qualifying at the Belgian Grand Prix but all remarkably managed to escape without any injuries.

The crash took place just before the notorious Eau Rouge corner, as cars were climbing the hill through the middle right-handed part of the swerves.

Sarah Moore lost the rear of her car and spun into the tyre wall before Abbie Eaton followed. Ayla Agren and Beitske Visser were next to crash, with the contact of Visser’s car launching Eaten into the air.

Marta Garcia then crashed into Visser and her car was also thrown into the air.

Fabienne Wohlwend was the final driver to be involved in the crash as she too hit Visser, whose car became airborne for a second time.

Both Visser and Agren were taken to hospital but they have now been discharged with the other four drivers also escaping unscathed.

Thank you all for your messages❤️ that was a very scary one but I think I had an angel on my shoulder, I’m very sore but luckily I have no fractures? pic.twitter.com/j2AyJzav80

Visser posted an update from hospital on social media in which she thanked an ‘angel on her shoulder’ for keeping her safe.

‘Thank you all for your messages,’ she wrote on Twitter.

‘That was a very scary one but I think I had an angel on my shoulder, I’m very sore but luckily I have no fractures.’

Wohlwend also tweeted: ‘I’m okay, Thanks for all the messages – thinking of @AylaAgren & @beitskevisser’. 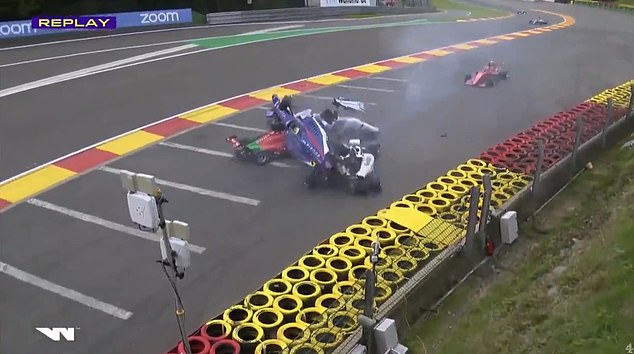 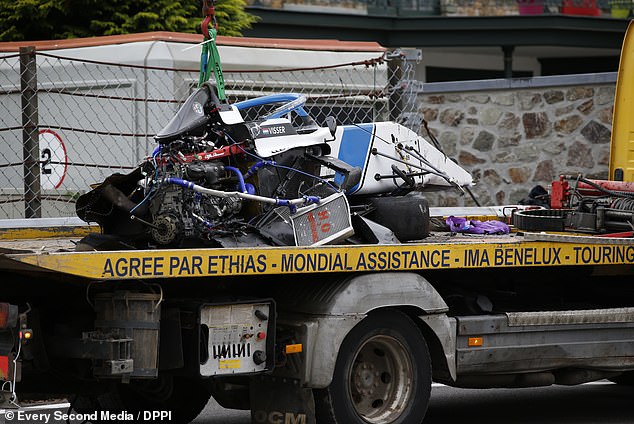 The crash in Belgium comes two years after Formula 2 driver Anthoine Hubert was killed in an accident at the final part of the Eau Rouge swerves.

Earlier this year, Williams reserve driver Jack Aitken was injured in a crash at the corner during a 24-hour endurance race.

The Spa-Francorchamps circuit is one of the sport’s most demanding, with both Max Verstappen and Charles Leclerc crashing at different parts of the track during Formula One qualifying.