Horrific moment bullring volunteer is KILLED by rampaging animal in front of 2,000-strong crowd as it runs back into its pen

This is the horrific moment a bullring volunteer is killed by a rampaging animal in front of 2,000 spectators as it ran back into its pen.

The 60-year-old volunteer – known in Spanish as a ‘torilero’ – was gored through the neck as the beast rounded on him after being released into the ring in Zamora.

Video shows the crowd screaming in horror as the bull tosses the man into the air within the gateway during the opening of the annual ‘Fiestas del Toro’.

The torilero was rushed to the bullring’s infirmary where he died of his catastrophic injuries, sources said he had ‘no chance’ of survival.

The bull is pictured a split second before goring the 60-year-old volunteer to death at the Benavente Bullring in Zamora, Spain 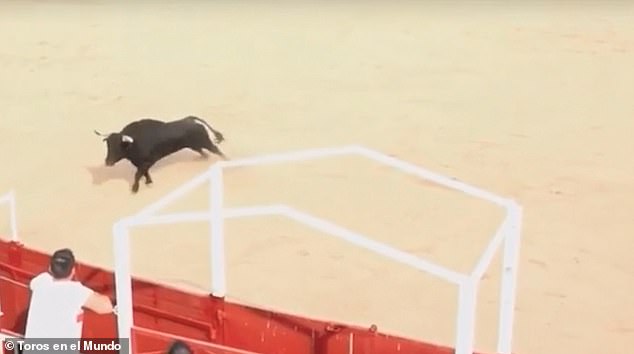 The raging animal hurtles back to the gateway from where the volunteer has just released it into the ring before a 2,000-strong crowd at Benavente 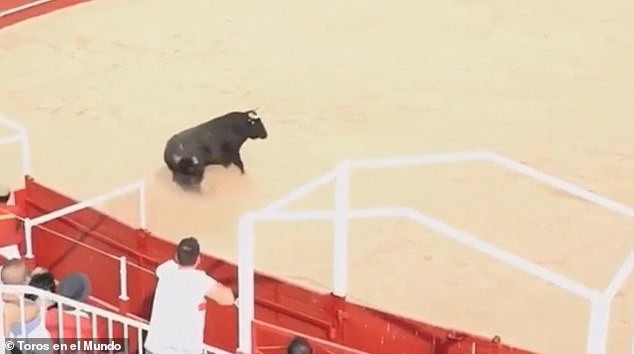 The job of a torilero is to open the door to the bullring, goad the bull into the open and distribute the banderillas which are used to stab and taunt the animals.

The volunteer was struck several times by the bull and was unconscious when helpers reached him.

The deceased, known as SDR, was a veteran of the Benavente bullring and renowned among bullfighting fans. 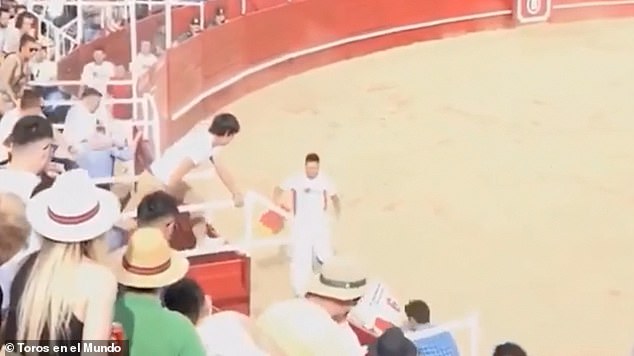 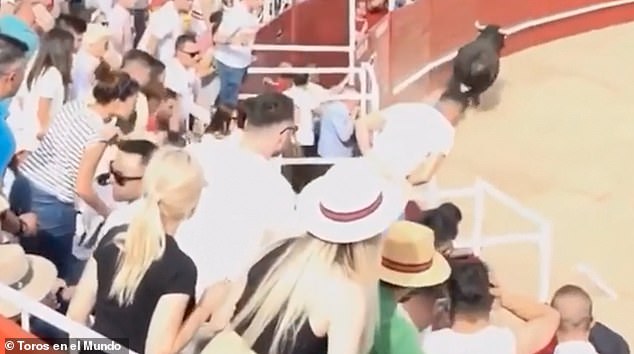 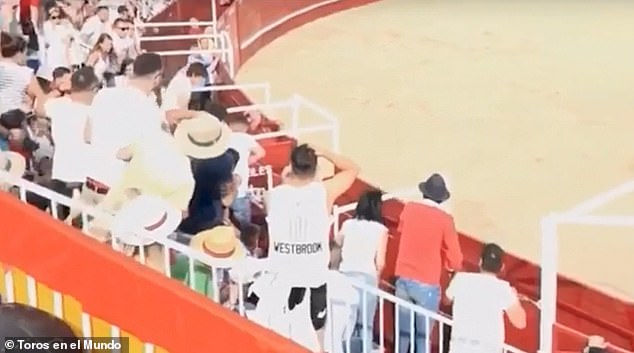 Onlookers peer over their seats as the stricken volunteer lies on the floor, blood spilling from his neck onto the sand 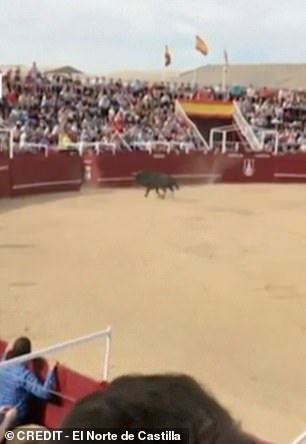 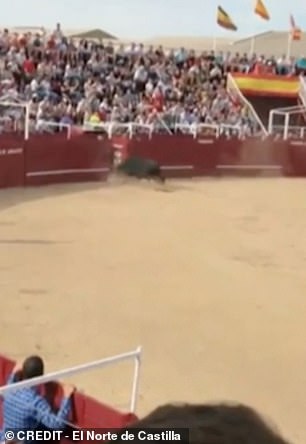 The tournament was first suspended and then cancelled once news of the fatality was announced.

The Mayor of Benavente, Luciano Huerga, expressed deep regret at what had happened and said the council will adopt some measure as a sign of mourning for a tragedy that had shocked the whole of Benavente.