Horrific moment man, 64, falls to the ground after being stabbed a woman, 26, in the neck

Horrific moment man, 64, falls to the ground after being stabbed in the neck while dropping off a teddy bear for his granddaughter – as woman, 26, pleads guilty to attack

By Isabelle Stackpool and Eliza Mcphee For Daily Mail Australia

A grandfather was horrifically stabbed in the head and neck while trying to deliver a toy to his granddaughter.

Laurie Dobson, 64, was dropping off a teddy bear in Banksia Grove, north Perth, on May 22 when he tried to break up an argument happening on the street.

Laurie Dobson, 64, (pictured left) was stabbed in the head and neck while dropping off a teddy bear to his granddaughter (pictured right) in Banksia Grove, north Perth, on May 22

Govan pleaded guilty to aggravated unlawful wounding when she appeared in Joondalup Magistrate’s Court on Wednesday.

The court was told Govan stabbed Mr Dobson, a stranger to her, twice in the neck and narrowly missed his carotid artery.

The 64-year-old received wounds to his neck and ears and had to be rushed to the Royal Perth Hospital to undergo emergency surgery.

Govan’s attack snapped a bone in Mr Dobson’s neck and the court heard doctors were still waiting for swelling to go down before they could operate.

She also admitted she assaulted an auxiliary police officer in Northbridge on the same day and had obstructed a public officer in Banksia Grove on April 3.

The 26-year-old’s lawyer did not oppose an application made by prosecutors to have Govan’s case sent to the District Court for sentencing.

The court heard it was ‘possible’ that Govan’s charge may be upgraded to occasioning grievous bodily harm.

Govan faces up to seven years in prison and could receive a maximum sentence of 14 years in jail if her charge is upgraded. 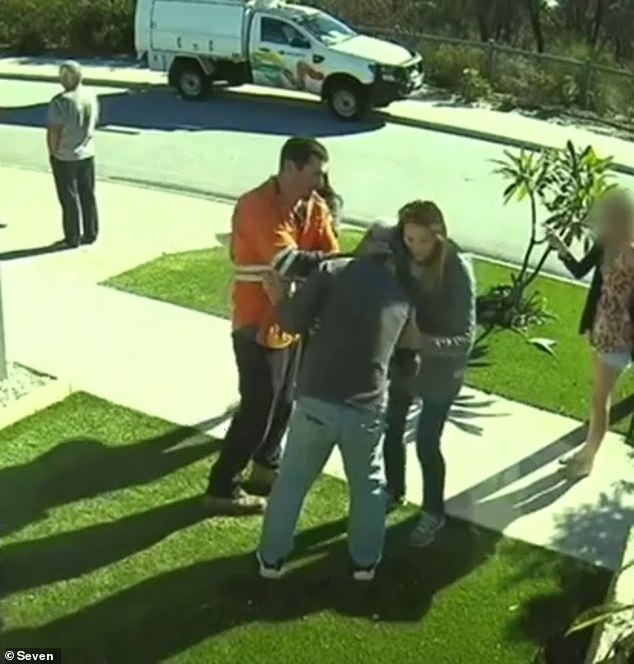 Mr Dobson spoke out after the attack and revealed his wounds had almost left him paralysed.

‘I’m deaf in this ear, so if she’d gone down into the ear I would be totally deaf.

‘And if it had been more horizontal, I would have been paralysed from the neck down,’ he explained.

‘No grandchild should have to sit there and watch her granddad holding a towel filling up with blood,’ Mr Dobson said.

Govan’s mother, Serena Williams, has also spoken out about how her daughter struggled with mental illness and seeking help in the lead up to the attack.

Ms Williams and Govan’s sister, Ruth Stevens, have both publicly apologised to Mr Dobson and labelled the 26-year-old’s actions as out of character.

The former carer was remanded in custody and will face the District Court of Western Australia over the unlawful wounding charge on August 28.

Her remaining charges will be heard in the Joondalup Magistrate’s Court on September 2. 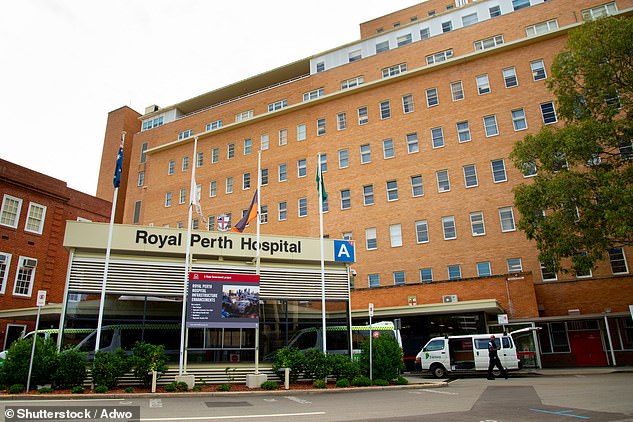