This is the moment a man crashes into the ground after attempting to jump from a second story balcony into a pool.

In a video shared on LiveLeak on July 19, the massive fail begins when the man is standing atop a balcony preparing to leap.

Taking a running start, the man catapults his body over the railing and towards the pool a few feet below.

In the video posted on LiveLeak, a man tries to jump from a second story balcony into a pool 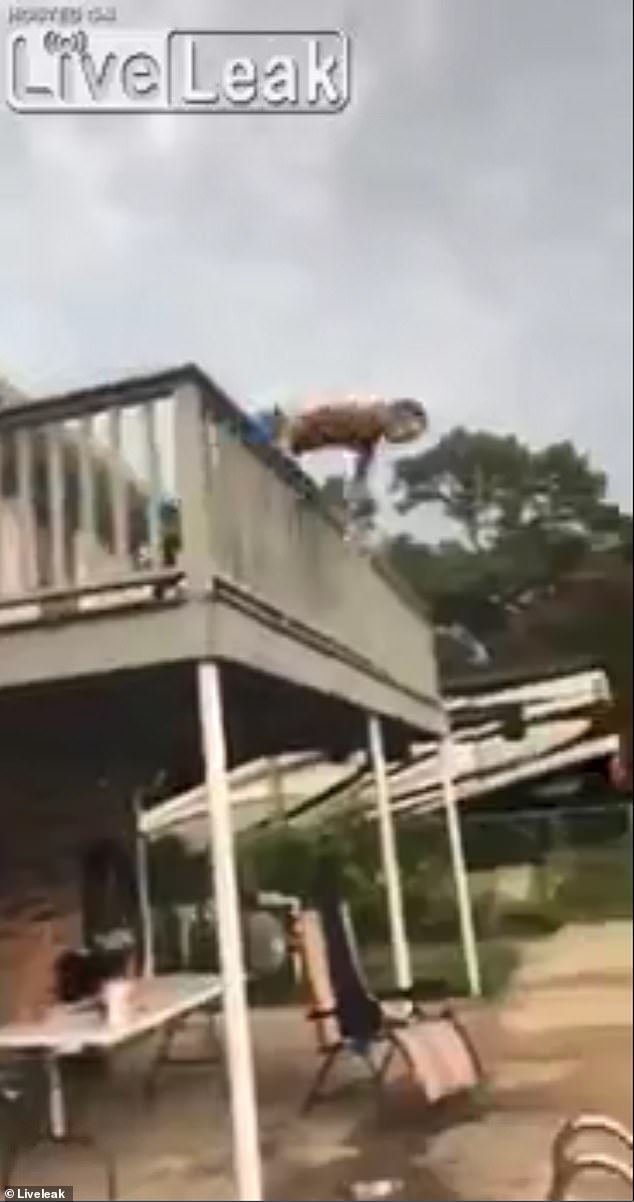 The man lunges over the railing, but can’t clear the jump after he gets caught on the railing 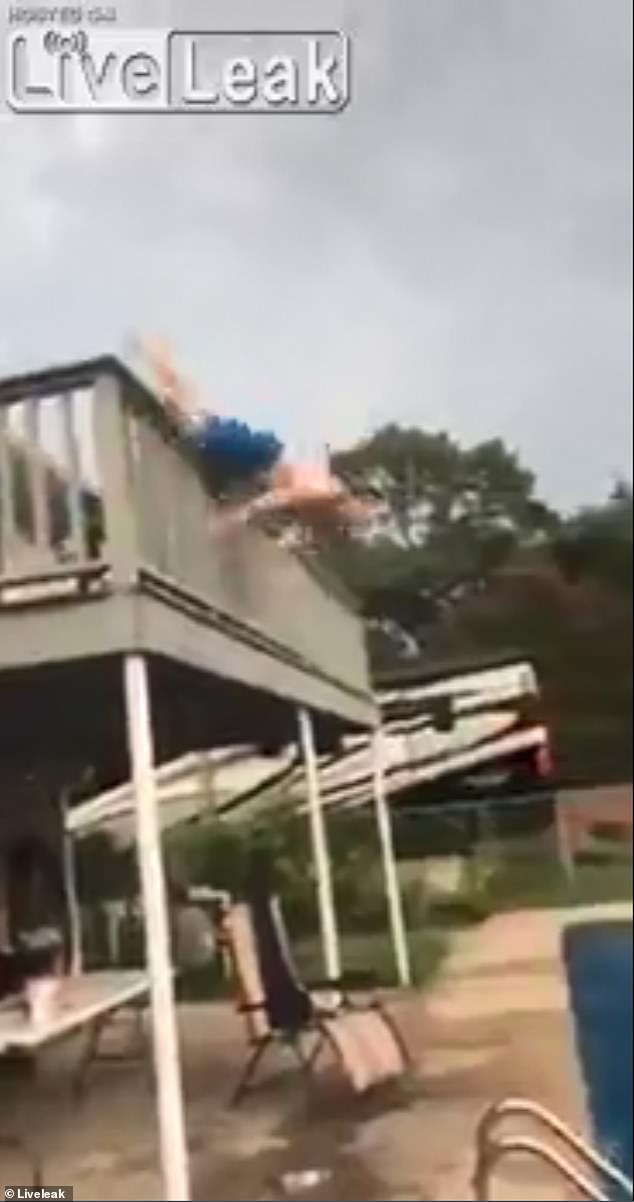 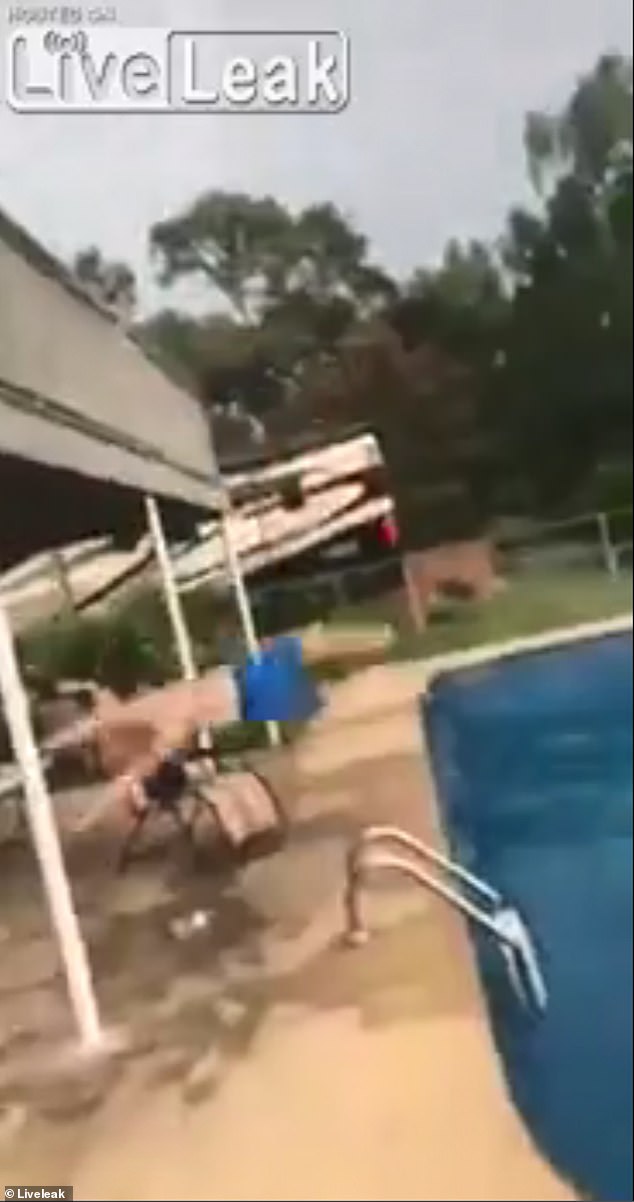 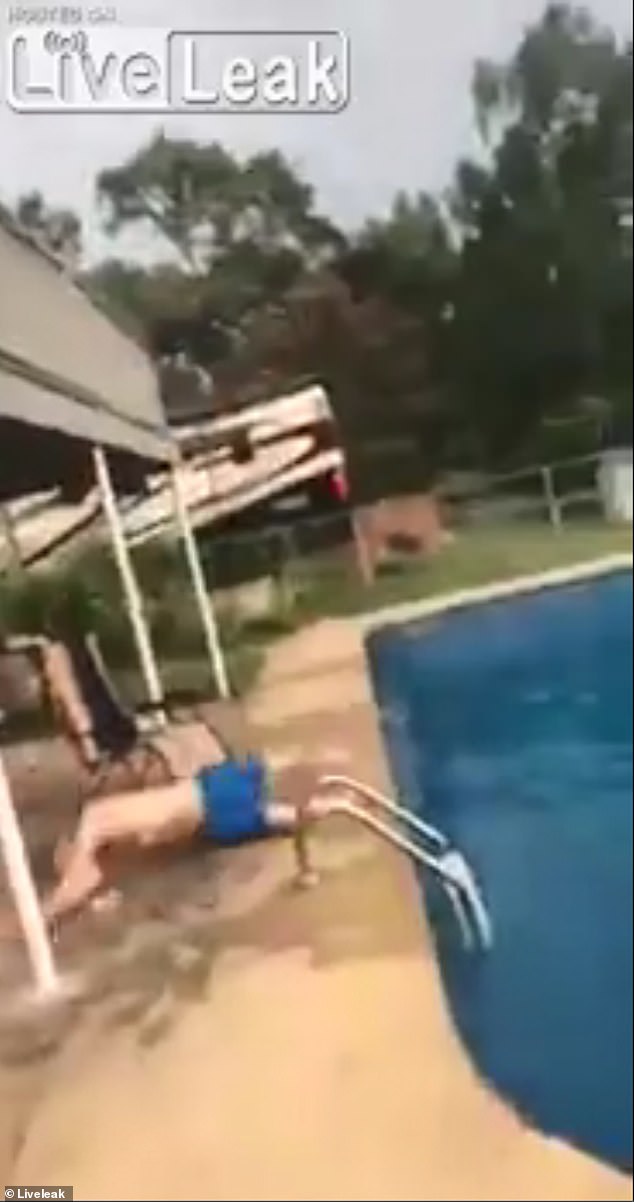 The man hits the ground with a harsh splat

Unfortunately, his thighs catch on the railing and flip him midair.

Twisting completely around, he falls to the concrete below with a sickening splat.

The pool lays only inches away from where he landed.