A man renting a flat from an Airbnb ‘Superhost’ in east China was shocked to discover a hidden camera in the bedroom’s internet router.

The man, who worked in IT security, checked into the home in Qingdao, Shandong province with his friends last Wednesday night but quickly spotted something unusual.

He first found a motion sensor installed at the flat’s entrance and two more in each of the bedrooms. After checking the smoke detectors and television, he searched the router and soon found a hidden lens disguised as an internet light on the device.

A man renting a flat from an Airbnb ‘Superhost’ in Qingdao, east China’s Shandong province was shocked to discover a hidden camera (circled) in the bedroom’s internet router

By looking up photos of the product online, the man suspected that the WiFi router had been modified, according to Beijing Youth Daily.

He unscrewed the device and was shocked to find a digital memory card inside.

‘As soon as I started removing the screws, I knew something was wrong – the screws were very lose,’ he told reporters.

After making the unsettling discovery, the man, referred to by his online alias Yunfei, immediately alerted police. 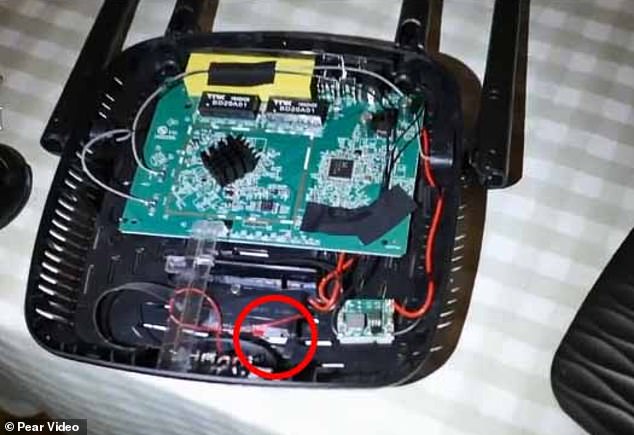 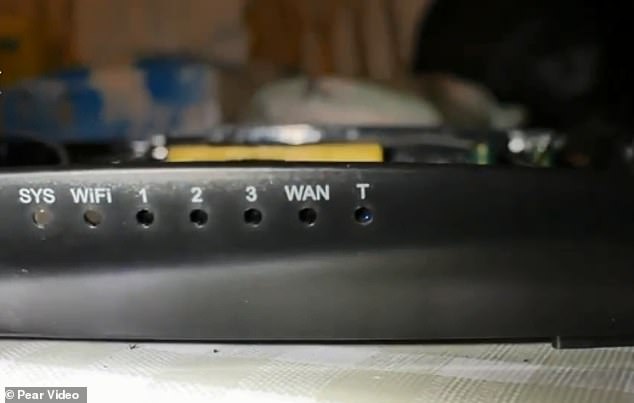 By looking up photos of the product, the man suspected the WiFi router had been modified

He said he had never met the host in person and had only communicated with him on social media about the check-in process. He had paid the top-rated host 1,700 yuan (£192) for three nights’ stay.

Police quickly tracked down the flat owner, who had been filming his guests since March this year, the report said.

The unnamed host was fined 500 yuan (£56) and sentenced to a 20-day detention for invasion of privacy.

Airbnb has apologised for the incident and said the host’s flat had been permanently removed from its home-sharing platform. 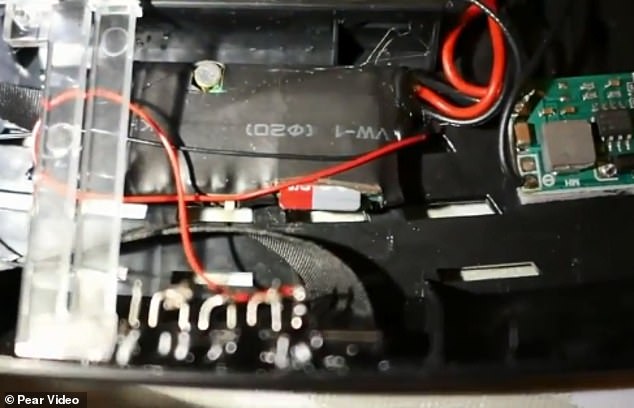 After making the unsettling discovery, the man, referred to by his online alias Yunfei, immediately alerted police. Officers tracked down the host and detained him

‘The safety and privacy of our community is our top priority. We have zero tolerance toward any behaviour which would infringe our users’ privacy,’ Airbnb said in a statement to MailOnline.

The company had also refunded the guest’s money on May 2 when he contacted them for help, it added.

Just a month ago, a New Zealand family made a similar discovery when they checked into a Cork holiday home in Ireland.

The Barkers found a hidden camera in a smoke alarm in the living room, which was connected to a live video feed.

Airbnb had apologised and refunded the family their money.