This is the horrifying moment a weightlifter’s leg snaps as he attempts to squat 250kg (550lbs) during a competition in Russia.

Yaroslav Radashkevich was at the Eurasian Weightlifting Championship when he buckled under the colossal weight at the gym in Khabarovsk in the Russian Far East.

In the footage his team remove the support and Radashkevich lowers himself, holding the weight for a brief moment with his legs bent before one of them breaks.

He suffered a compound fracture to his right tibia and was rushed to hospital on Sunday. 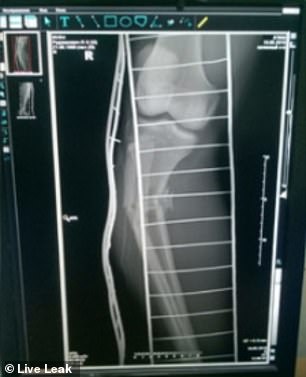 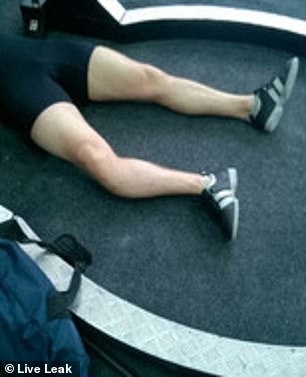 Radashkevich said he will require lengthy rehabilitation and will no longer be able to work as a personal trainer.

He said he was facing immense difficulty in paying for bills, including his mounting medical costs.

The athlete told Amur: ‘I was preparing for these competitions for a very long time and, in principle, I was sure that I would perform well.

‘It turns out that two weeks ago my leg began to hurt badly. I thought that it was just pulled, so I did not pay attention, I just had painkillers, trained, prepared. I was also advised it would pass by itself, heal.’ 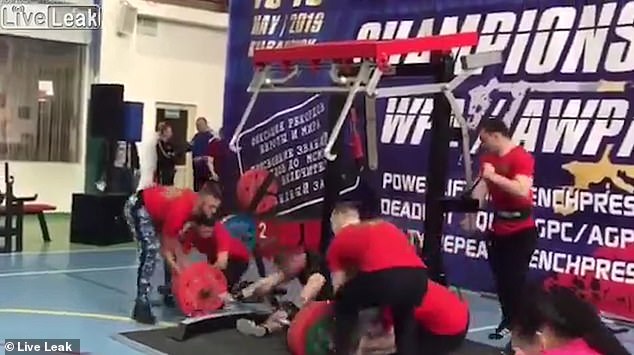 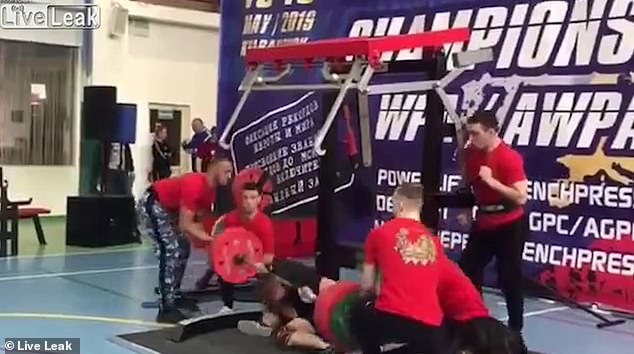 The weight comes down over his head as he sprawls out on the mat, his right leg having broken in two

But he added: ‘The first two efforts the same weight, starting, I could not squat down. In the first and second attempts I strained a bit, my knees inward, outward, shaken. And after that the pain in the shins intensified.

‘Well, in the third attempt, the same weight – when I squatted something happened – you can see in the video.’