Terrifying footage showing a 17-year-old girl being violently dragged inside her house during a daytime home-invasion was published to the Internet this week.

Video from the incident taken by a surveillance camera shows an African-American male violently shoving the teenager into her southern California home as she carries her small dog in her hands.

According to the teenager’s sister, who spoke to NBC’s Channel 4 News under the alias of ‘Nicole’ out of concern for her safety, after pushing the girl into the house and falling on top of her, the man then pulled out a hatchet and held it to her face. 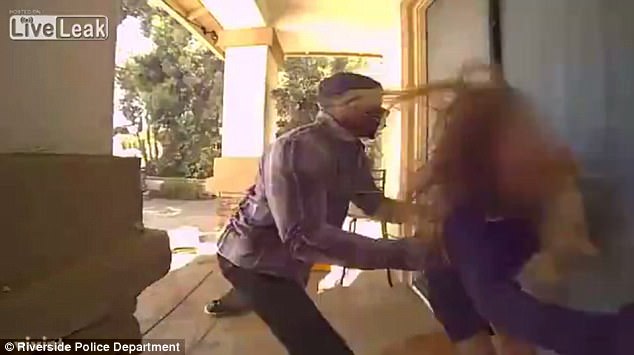 Terrifying footage shows the attack occurring in broad daylight around 2.00pm on Saturday

‘He grabbed a mask and pulled it down in front of his face,’ Nicole said. ‘They had a hatchet to her face when they had her in a headlock.’

Riverside authorities said the incident occurred around 2.00pm on Saturday at the 8400 block of Syracuse Street, located in the Orangecrest neighborhood.

According to an affidavit, the victim explains that she was outside walking her dog around her neighborhood when a woman approached her and started making small talk.

But as teenager starts to head back home, the unidentified woman and another man begin to follow her.

Moments later, another man, dressed in a neon safety vest can be seen entering the home. 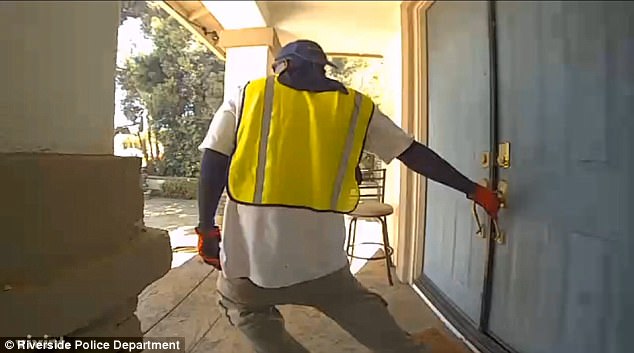 The victim’s sister said the burglars held a hatchet to the teenager’s face and were able to steal $5,000 in cash 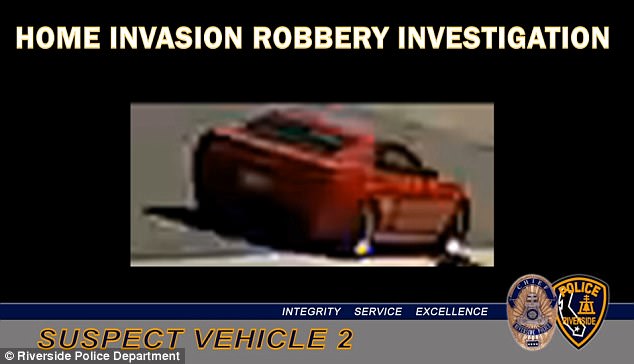 The girl’s mother, who asked to be identified only as Lynn,’ said the thieves were able to steal about $5,000 in cash and jewelry from the home.

‘We were going to buy my daughter a new car,’ Lynn said.

One of the suspects can also be seen whipping down the front door before exiting, in an effort to possibly remove fingerprints.

While the home-invaders left the unidentified victim physically unharmed, Nicole says the trauma of the event has had lasting effects on her sister.

‘I know that when she’s alone it gets her the most,’ Nicole said. ‘Being alone is terrifying now.’

Detectives are looking into whether the event was a targeted robbery.

Riverside police urge anyone with information to contact officer Karla Corbett at (951) 353-7134 or email rpdtips@riversideca.gov. 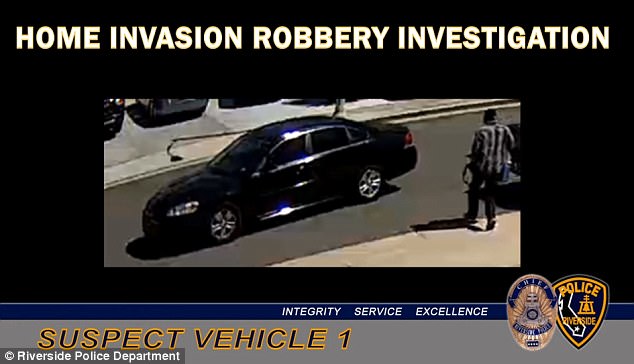