Hospital denies report that snake was found in operating theatre, and insists there was only monkey

Hospital denies report that a snake was found in operating theatre, and insists there was only a monkey

A hospital in Trinidad and Tobago has denied reports that a snake was found in an operating theatre… and insisted there was only a monkey.

The capuchin monkey was filmed clambering over shelves by medics at Port-of-Spain General Hospital on Friday. The staff had been preparing to start elective surgeries after a three month hiatus due to coronavirus.

The monkey delayed the doctors by several hours before zoological officers were able to capture it.

But health officials strenuously denied ‘malicious’ claims on social media that a ‘big snake’ was also retrieved at the same time. 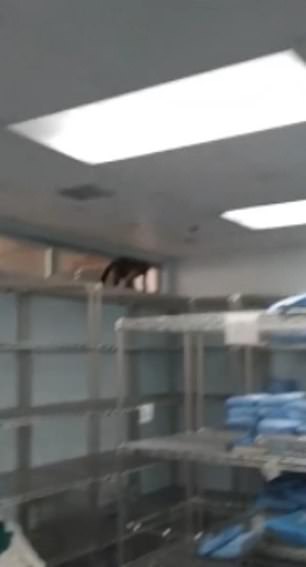 The capuchin monkey was filmed clambering over shelves by medics at Port-of-Spain General Hospital on Friday. The staff had been preparing to start elective surgeries after a three month hiatus due to coronavirus.

One post was captioned: ‘Monkey and Big Snake was found at the Post-of-Spain General Hospital yesterday.’

In a statement to the Trinidad and Tobago Guardian, the North West Regional Health Authority said: ‘The Authority categorically denies that a snake was also found on the hospital’s compound and any information suggesting same is false, misleading and malicious.

‘The incident is currently being reviewed in an effort to implement appropriate measures to prevent a recurrence.’

While the little capuchin monkeys are common pests throughout the Caribbean, Trinidad is unique for its diverse snake population. 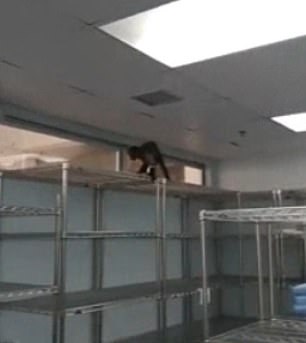 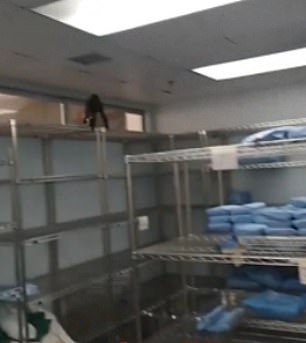 It has 47 species of the reptile, four of which are venomous, and many of these are also found in Venezuela which is separated from Trinidad by just 10 miles of sea.

By comparison, on other Caribbean islands popular with British tourists like Barbados and Jamaica, mongooses were introduced in the late 1800s to control rodent and reptile populations on sugar plantations.

Mongooses were very successful in combating sugar cane damage caused by rats and also wiped out many species of snakes and lizards.