A hospital trust under fire for its treatment of sepsis is still failing to spot symptoms of the killer disease, a damning report has found.

Staff at Russells Hall Hospital in Dudley did not meet targets for screening and administering antibiotics within 60 minutes, an inspection found.

The disease can be fatal but chances improve dramatically if treatment is started promptly.

The hospital has already been investigated over 54 deaths occurring between December 2017 and June 2018 after the health watchdog the Care Quality Commission (CQC) found patients with sepsis were not being managed appropriately.

In March 2018, 33-year-old mother-of-six Natalie Billingham died after staff failed to recognise the condition. And in July 2018, Simon Smith, 51, died after he was not given antibiotics for five days.

The CQC previously raised particular concerns about the treatment of patients with sepsis, who were left for hours without testing or treatment. Inspectors said doctors had become ‘frustrated’ at a new NHS focus on sepsis and were failing to take the problem seriously as a result.

A follow-up inspection by the CQC earlier this year found Dudley Group NHS Trust was still failing to treat patients with the disease in a timely manner.

It said not all patients were monitored and observed, while those ‘allocated to wait on corridors’ were not safe. Inspectors also found the trust’s diagnostic imaging provision – which includes X-rays, ultrasound and MRI scans – was too small to meet demand and patients were at risk of ‘avoidable harm’ because staff had not completed all required training. 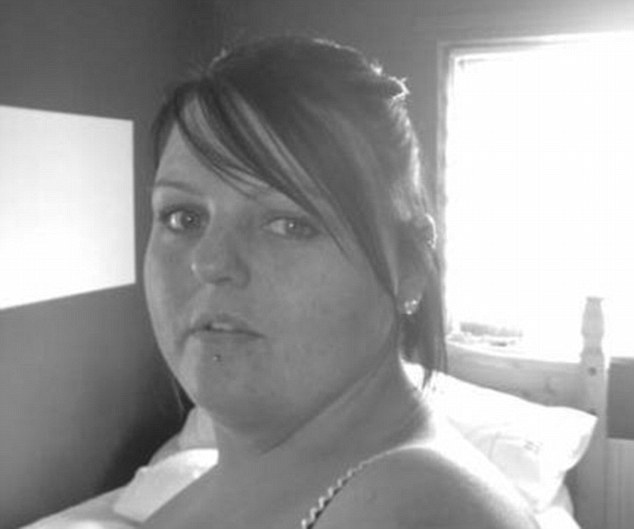 Natalie Billingham, a mother of six, died in Russells Hall Hospital in March last year after being admitted with foot pain and flu-like symptoms which turned out to be deadly necrotising fasciitis 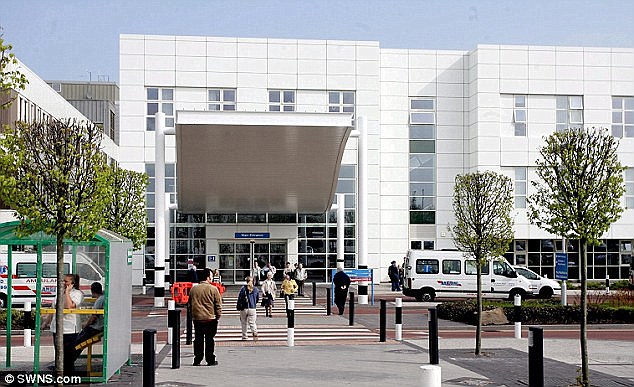 Staff did not keep to best practice when prescribing, giving, recording and storing medicines, the report said. It comes as the trust revealed it was facing running out of money by September. It is drawing up emergency plans to raise more cash, which include selling off surplus land.

Its situation was laid bare in a separate report which said: ‘The current forecast cash flow shows the trust running out of cash in September.’

It is the latest crisis to hit the trust, which has also been rocked by claims of bullying.

The inspection, carried out in January and February this year, found significant improvements were needed. It ordered the trust to take action to ensure a safe emergency department and prevent overcrowding. It said it should also develop plans for deteriorating patients and monitor for signs of sepsis. The CQC found the trust was breaching legal requirements in 54 areas, which it must address immediately. Staff also reported a ‘continuation of feelings of fear and intimidation’. Its previous inspection was in 2017, when it was also said to require improvement.

The report said a trust audit showed that targets for sepsis screening and administering antibiotics where required within 60 minutes were not met from September 2018 to January this year.

Professor Ted Baker, CQC Chief Inspector of Hospitals, said: ‘Inconsistent and poor practice meant that not all patients received sepsis treatment in a timely manner. Not all patients were monitored and observed sufficiently to identify deterioration, and we were not assured that all patients allocated to wait on corridors were safe.’ He added: ‘However, staff treated people with kindness and respect.’

Dudley Group chief executive Diane Wake said: ‘We are doing everything we can to reduce discretionary spending and drive efficiencies through our waste reduction.’

The Daily Mail has been campaigning since 2016 to improve sepsis care and raise awareness of the deadly disease. 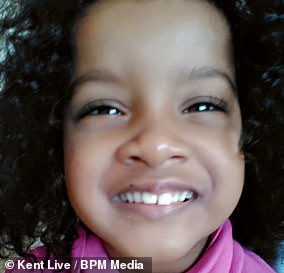 The devastated family of a four-year-old girl who died from sepsis hope lessons will be learnt after medics admitted missing crucial ‘red-flag’ symptoms.

Kessie Thomas was rushed to Darent Valley Hospital in Dartford, Kent, with a high temperature, an elevated heart rate and suffering from convulsions.

But staff sent her home the next day with just Calpol and Ibuprofen. Her mother, Marie Thomas, took Kessie back to A&E two days later in April, 2017. Within two hours of arriving, the little girl suffered a fatal cardiac arrest, caused by septicaemia. After an inquest in November heard that hospital staff had not followed guidelines, bosses wrote to her family this week, admitting ‘they did not get it right’. The Dartford and Gravesham NHS Trust said it had put in place ‘several actions since to improve awareness, identification and treatment of sepsis’.

Miss Thomas, 36, from Surrey, welcomed its internal investigation, but said: ‘There is every reason to believe that if Kessie had been kept in hospital for observations overnight, she would still be with us today.