Hospital to screen all newborns for genetic diseases

All babies born at one of Britain’s largest women’s hospitals could soon be tested for genetic diseases.

A major project will screen the newborns for inherited conditions or illnesses and provide early treatment.

Genetic testing has become far cheaper and easier, coming down in price from millions to hundreds of pounds in the past decade.

But it remains controversial, particularly in unborn children screened for conditions such as Down’s syndrome.

Plans for a nationwide data bank for every newborn baby proposed by Tony Blair’s government in 2003 did not go ahead.

But Liverpool Women’s NHS Foundation Trust could pave the way for more trusts to follow.

Now able to screen every baby born under its roof, the NHS trust can offer the service to 12 times as many families as before.

The project was announced by information technology firm Novosco, whose managing director Patrick McAliskey said: ‘We are delighted to secure this contract which will enable the trust to take genetic testing to the next level and play an important role in the identification and prevention of conditions and illnesses in newborn babies and the wider population.’

Currently, every baby is offered a heel prick test at five days old to determine if it has one of nine rare but serious health conditions. These include sickle cell disease, cystic fibrosis and inherited metabolic diseases.

This is not compulsory but is recommended by doctors to save babies’ lives.

The new genetic tests would go further in determining the risk of other illnesses which are written in a baby’s DNA. 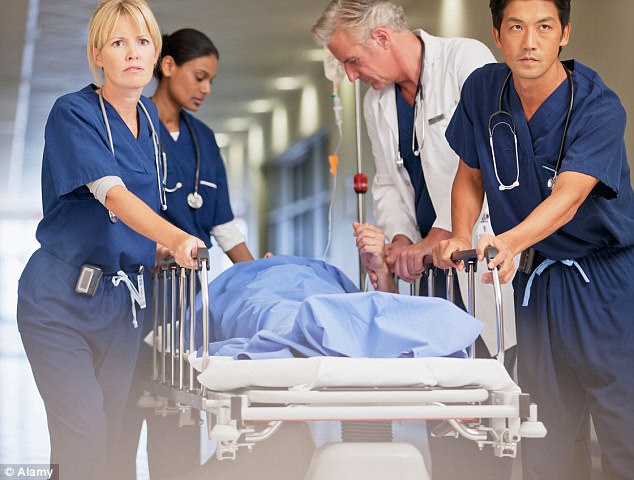 They will contribute to a major population health programme in Liverpool analysing genetic information by location, aimed at preventing local health issues. Liverpool Women’s Hospital already provides a regional clinical genetics service based at Alder Hey Hospital, covering a population of around 2.8million people from across Merseyside, Cheshire and the Isle of Man.

The chief executive, Kathryn Thomson, has written about this in a blog on the trust’s website. She said: ‘To discover that you or any child you have or plan to have may be at risk of a genetic disorder which could cause disability or a rare condition is traumatic.

‘People are sometimes shocked and anxious and wonder what the future might hold. They need as much information and support as possible to help them cope.

‘That is why the often unsung work of our clinical genetics team is so important, providing diagnosis and supporting families when they need it most.’

It is not clear whether parents will be able to opt out of having their babies tested, and the trust could not be reached for a comment yesterday.

It is understood the organisation has the ability to screen every newborn baby, but there is no indication of whether it will make any exceptions in practice.

The Liverpool Women’s NHS Foundation Trust, which cares for women and babies in hospital and also in the community, is one of only two such specialist trusts in the country.

Novosco is an IT infrastructure and computing company, employing more than 150 people, with its headquarters in Belfast.